Ukraine readying to ship out grain through Odesa ports

Stevedores at Odesa ports are loading oceangoing vessels with grain as Ukraine prepares to ramp up exports well beyond the comparatively meager amounts it’s been able to ship since Russia invaded five months ago.

Ukraine President Volodymyr Zelenskyy said in a statement posted to the presidential website that he will not allow the Saturday missile attack on Odesa to kill a deal signed Friday that has the potential to supply millions of tons of wheat and corn to African and Middle East nations that need the grain.

If Ukraine can truly begin shipping out grain from some of its primary ports, the benefits to Ukrainian farmers and the people who need the wheat and corn will be substantial. Millions of tons of the grain from last year’s harvest — grain that should have long left the country — remain in storage as this year’s crops are already being harvested amid the war with Russia.

The deal ratified in Istanbul Friday would effectively allow Ukraine to export farm commodities out of three ports in the province of Odesa. The opening of those ports — Odesa, Chornomorsk and Pivdennyi — would allow Ukraine to export up to 4.5 million metric tons of grain per month, up from the current 1.5 million that’s being shipped now through alternate routes, says Andrey Sizov, head of the analysis firm SovEcon.

Zelenskyy says he’s adamant that will happen, showing the world that Ukraine will not allow Russia to continue to block shipments of grain to those who most need it.

"The whole world saw that even 24 hours hadn’t passed as shelling and missile strikes at the seaports of Ukraine began,” the Ukrainian president said. “For our part, we have done everything, prepared everything, there is a corridor.”

Somalia is one country that is feeling the impacts of Ukraine’s inability to supply grain to the world, U.S. Agency for International Development Administrator Samantha Power said in a Sunday speech to mark the conclusion of her trip to Mogadishu. 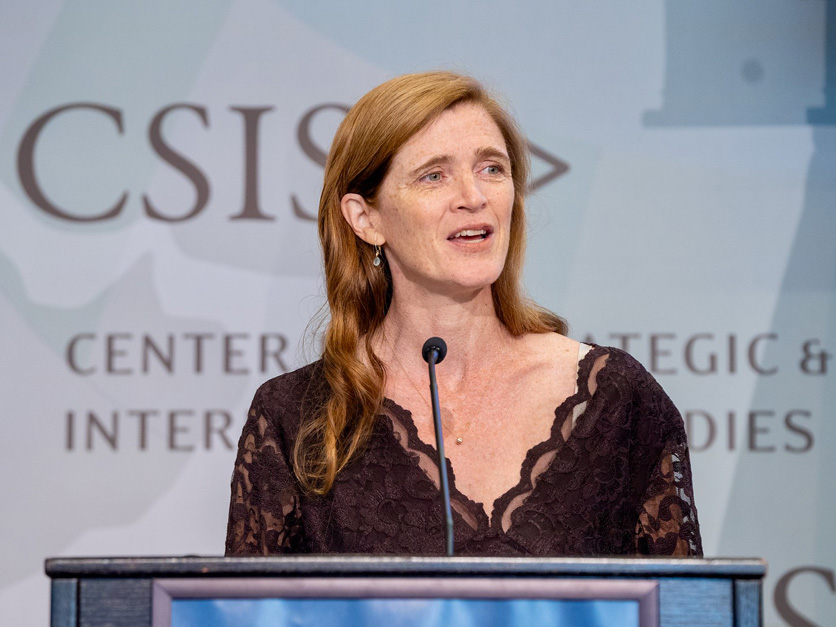 Drought is crippling agricultural production in Somalia, where 1.4 million children are threatened with malnutrition as crops wither and livestock die, says Power. The Russian invasion of Ukraine has only exacerbated the pain in Somalia, which depends on Ukraine for about half the wheat its people need.

But there is still uncertainty that Russia will allow the Friday pact to result in actual Ukrainian shipments through the Odesa ports.

“We remain skeptical about the deal implementation and substantial increase in Ukrainian exports,” said Sizov Monday. “It’s not matching well with the war and shelling of the Odesa and Mykolaiv regions. It’s not matching with earlier Russian plans to attack southwestern Ukraine. The Kremlin’s benefits seem modest compared to what Kyiv is getting.”

Exports from the major Ukrainian port in Mykolaiv are not covered under the Istanbul agreement, Vitaly Kushnir, an adviser to the Ukraine Agriculture Ministry, tells Agri-Pulse.

But Ukraine truly appears to be on track to resume exporting wheat and corn from some of its biggest Black Sea ports for the first time since the war with Russia began.

“The work started as soon as possible according to the agreement we reached, and now we hope that it will function as desired, as stated in the memorandum," Akar said, providing the most solid evidence yet that the four-party agreement to allow Ukrainian grain trade to resume is on track.

“We continue the technical preparation for the launch of the export of agricultural products from our ports,” said Ukrainian Minister of Infrastructure Oleksandr Kubrakov, but stressed the deal to allow those exports is on unstable ground because of the attack, which damaged a grain silo. “We do not trust Russia, but we trust our partners and allies, that is why the initiative on the safe transportation of grain and food products from Ukrainian ports was signed with the UN and Turkey, and not with Russia.”

The agreement reached on Friday in Istanbul was less than straightforward. Ukrainian negotiators signed the deal with Turkey and the United Nation and Russia did the same, effectively creating the Joint Coordination Center in Turkey to oversee Ukraine’s exports. 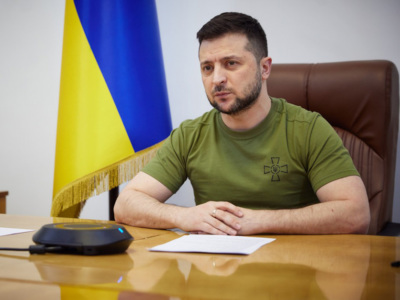 "We trust Turkey and the United Nations with whom we signed relevant documents regarding the export of grain, and they were supposed to talk about the safety of the ships of other countries, which, by the way, agreed to transport grain — wheat, barley, corn," Zelenskyy said.

Kubrakov stressed that the Joint Coordination Center will create inspection groups to inspect cargo leaving from and arriving at the Odesa ports to uncover potential “Trojan horse” surprises in the vessels.

One issue not being addressed publicly are the defensive sea mines that Ukraine set in the Black Sea. Ukrainian officials have said previously it would take between one and six months to remove them.

Kushnir says the plan is for sea pilots to guide grain-laden ships on paths to avoid the mines. Details are not available yet.

“Coordination between authorities continues for the first ship loaded with grain to start sailing from Ukrainian ports as soon as possible,” the Turkish Defense Ministry said in a tweet.

Ukraine has developed alternative paths for export in lieu of its primary Black Sea ports in Odesa and Mykolaiv, but they are long and costly.

The Istanbul agreement, he said, is “critically important. Our farmers received less money than ever due to the blocking of the ports, because all costs went to logistics. Exporting Ukrainian grain to Polish, Baltic, Romanian and other ports was and is very expensive."

Still, Ukraine will not completely abandon those routes out of concern that the country’s farmers may need them again.