Erica Chabot has been tapped as the new majority staff director for Senate Agriculture Committee Chairwoman Debbie Stabenow. Chabot replaces Joe Shultz, who has been rumored to be leaving for several weeks. A 20-year veteran on Capitol Hill, Chabot has spent the last 10 years as Appropriations Committee Chairman Patrick Leahy’s legislative director and deputy chief of staff.

The Department of Agriculture named Ellen Luger as the next minister counselor of agriculture in Rome for the Foreign Agricultural Service. Luger previously served as vice president of global philanthropy and volunteerism at the General Mills Foundation. In that role, she traveled to Africa and India to help with company initiatives to increase food production. 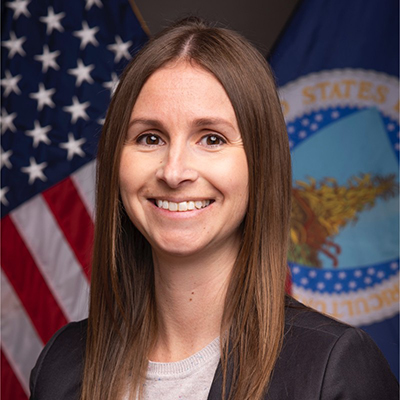 Anthony Reed joined FGS Global as a partner in energy and sustainability and food and agriculture practices. Reed spent the last 14 years working for Archer Daniels Midland Company, most recently as the interim head of global government relations. He has also served as the deputy associate administrator for congressional relations at the Environmental Protection Agency, where he focused on EPA’s Offices of Air and Radiation, Enforcement and Compliance, and Chemical Safety and Pollution Prevention. 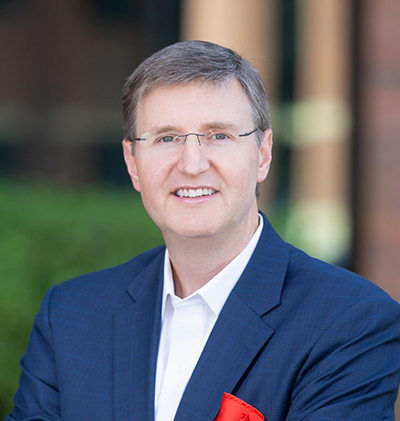 Ray Starling is now serving as an executive adviser to Aimpoint Research, in addition to his current position as general counsel of the North Carolina Chamber and president of the NC Chamber Legal Institute. Before joining the NC Chamber team, Starling served as chief of staff to former Secretary of Agriculture Sonny Perdue.

Kevin O’Donnell has been appointed as Dairy Farmers of America’s senior vice president of sustainability. O’Donnell comes to DFA from FTW Ventures, a venture fund investing in sustainability-focused agriculture and food technology startups. There he served as a sustainability strategy adviser. Before that, he held positions at General Mills, the Chicago Manufacturing Center, Minnesota Technology, and the Minnesota Office of Environmental Assistance.

Sarah Brown joined BASF Agricultural Solutions in Washington, D.C., as the head of public affairs agricultural solutions North America, effective Aug. 8. Brown joins BASF from Nacelle Solutions where she served as the vice president of biogas business development and external affairs. Before that, she was the executive director of industry relations for the American Farm Bureau Federation.

Tatsu Miyata has left the Japanese Embassy in the U.S. and is headed back to Tokyo to lead Japan’s crop insurance and agricultural revenue insurance at the Ministry of Agriculture, Forestry and Fisheries. Miyata previously served as the counselor for food and ag at the Embassy of Japan.

Deere & Company hired Felecia Pryor for the newly created role of senior vice president and chief people officer, effective Aug. 15. Pryor most recently served as the executive vice president and chief human resources officer at BorgWarner. She also brings 16 years of experience working at Ford Motor Company, where she was the global human resources director and served in executive roles in Thailand and China. 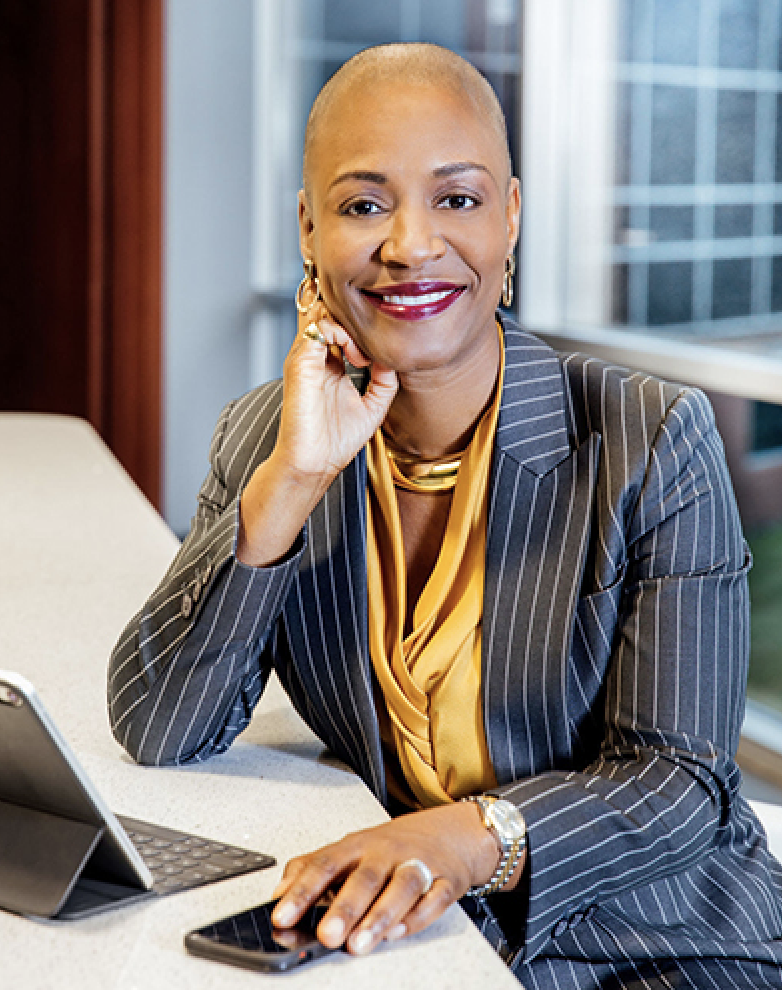 Felecia Pryor, Deere & CompanyMonica Trauzzi now works at Invariant as the director of climate and sustainability. Trauzzi previously worked at Nuclear Energy Institute as the senior director of external communications and climate finance strategy and engagement. Before that, she spent 11 years at E&E News.

Plant Response has added Matt Sowder, Jennifer Lilly, and Anthony Finke to its team. Sowder is the company’s new director of global agronomy. He previously led strategic growth and product lifecycle management programs at Forage Genetics International and Winfield Solutions, both divisions of Land O’Lakes. Lilly is the new director of regulatory and government affairs. She has previous experience working for Isagro, Indigo Ag, Bayer, and BASF. Finke is the new regional sales manager for the states of Iowa, Kansas, Missouri and Nebraska. He has previously held sales roles with Chief Agri and Syngenta.

Catherine Miller has been promoted to serve as the director of programs at the U.S. Wheat Associates. She joined USW in 2018 and served as the program and planning coordinator. She was later promoted in 2021 to programs coordinator to reflect structural changes.

Brenda Taylor has also been brought on to the U.S. Wheat Associates as the director of information technology. Taylor previously was an IT manager with Morrison & Foerster.

Sophia Kruszewski has returned to the National Sustainable Agriculture Coalition as the deputy policy director after leading the Food and Agriculture Clinic at Vermont Law School for the past four years. She previously served as a senior policy specialist at NSAC.

Mary-Thomas Hart has been promoted to chief counsel of government affairs at the National Cattlemen's Beef Association. She previously served as the environmental counsel.

The NASDA Foundation has welcomed Keith Harrison to the team as project manager. Harrison most recently served as the assistant commissioner for business development at the Tennessee Department of Agriculture. Harrison has also worked for the Tennessee Farmers’ Cooperative for over 16 years.

Raylee Honeycutt has been appointed as the interim executive vice president of the Montana Stockgrowers Association, following the departure of Jay Bodner. Honeycutt previously served as the director of natural resources since 2020.

Randy Edeker, CEO of Hy-Vee, a Midwest grocery store chain, has announced he will step down from his post later this year. Aaron Wiese has been tapped to succeed him, effective Oct. 1. Wiese has been with Hy-Vee since 1993, serving in multiple leadership roles including assistant vice president, vice president and president of Amber Specialty Pharmacy.

Ben Perkins has transitioned from his role as CEO at Wholesome Wave and has joined the board of directors as the chairman of the FED committee. Perkins was appointed CEO of WW in 2020. Along with his transition, he promoted Natalia Feinstein to executive director. She was previously the chief of staff.

Pat Koch has joined the National Milk Producers Federation as the finance and administration manager. She previously was an administrative project coordinator for M3 Insurance.

The U.S. Grains Council has brought on Addis Tilahun as the organization’s new director of finance. Tilahun will also serve as the lead staff liaison to the treasurer and Board of Directors on matters relating to financial targets and performance. Most recently, Tilahun served as a senior finance and accounting manager with the American Society for Radiation Oncology. Tilahun succeeds Helen Elmore, who now serves as the council’s director of administration and operations.

Josh Miller has been elected as the chairman of the U.S. Grains Council’s board of directors. Miller is a fifth-generation farmer from Indiana who produces corn and soybeans. He is a member of the Indiana Corn Marketing Council and was elected to the council’s officer rotation in 2019. Miller previously was a finance officer for Lockheed Martin, a contract officer for the U.S. government, and a United States Marine Corps staff sergeant. Also elected to the board were Verity Ulibarri of the United Sorghum Checkoff Program as secretary-treasurer and Gail Lierer of the Ohio Corn Marketing Program and Curt Mether and Mark Mueller of the Iowa Corn Growers Association as at-large directors.

Curious Plot has added George Hoffman and Kevin Kester to its board of advisers. Hoffman is the retired president and CEO of Restaurant Services Inc., and Kester is the former president of the National Cattlemen’s Beef Association.

James E. Haskell, a retired USDA agricultural economist who worked with farmer cooperatives throughout his career, died July 21. He was 80. The Nebraska native joined what then was called the Farmer Cooperative Service after earning a doctorate from Kansas State University. After retirement, he became a beekeeper at his home in Annandale, Va., a Washington suburb.