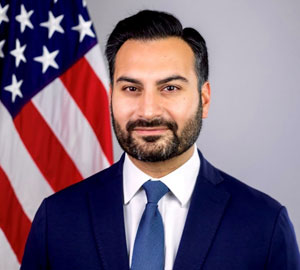 The White House says Gina McCarthy will depart her position as national climate adviser Sept. 16., and will be replaced in that role as well as chair of the Biden administration’s National Climate Task Force by Ali Zaidi, her current deputy.

Zaidi worked in various climate and energy policy roles during the Obama administration.

Zaidi’s promotion is part of a broader shuffling of the Biden White House’s climate policy leadership. John Podesta, the founder and board chair of the Center for American Progress, will be the senior adviser to the president for clean energy innovation and implementation. Podesta is a familiar face in Democratic politics as a former chief of staff to President Bill Clinton and the chair of Hillary Clinton’s 2016 presidential campaign.

Last week, we reported Danielle Beck had left the National Cattlemen’s Beef Association for new food and ag policy job in Washington. This week, we can report that position is as a director on Invariant’s government relations team.

Bill Schuermann is stepping down as the executive director of industry and state relations for the American Soybean Association in December. He will help ASA in the transition to his replacement. Schuermann has been with ASA for the last 14 years. Before that, he was with Doane Agricultural Services and AgriMarketing magazine.

The National Association of State Departments of Agriculture has promoted Sarah Grace Fowler to be director of communications. Fowler has been in various communications roles at NASDA for about four years after a stint at CropLife America earlier in her career. 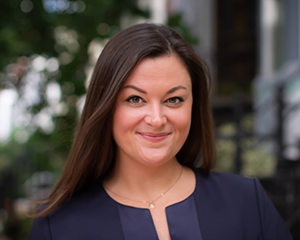 Zach Gihorski has left the National Association of State Departments of Agriculture where he was an associate director of public policy and started a new role with the National Council of Farmer Cooperatives as director of government affairs and sustainability.

The Consumer Brands Association has hired Rishi Banerjee as the new senior director of SmartLabel. He previously worked for Amazon, where he led external engagement with the consumer packaged goods industry. SmartLabel is a digital platform that was launched in 2015 to offer national brands and retailers the opportunity to give consumers more detailed information about a certain product through a QR code.

Trey Forsyth has left Michael Torrey Associates, where he served as the director of government affairs since January 2021. He will be starting a new job later this month. Forsyth has previous experience working for the Office of the U.S. Trade Representative and Land O’Lakes.

Amanda Spoo is the new director of communications for the Oregon-based Pac/West Lobby Group. Spoo most recently worked for the U.S. Wheat Associates.

Amy Cornell has joined Tyson Foods as a manager of state and local government relations. Cornell comes from her position as the president of the Agribusiness Council of Indiana.

Jayme Owen has joined Elanco as the new senior director of communications. She previously worked at FleishmanHillard as a partner and senior vice president.

Lauren Riensche has been promoted to senior product marketing manager at Indigo. She has been with the company for the last three years.

Steve Culman is settling into his role as an endowed chair in potato soil health at Washington State University. Culman was previously a soil fertility state specialist for The Ohio State University.

A memorial service is planned Sept. 17 for William O. Scouton, a former assistant for several North Dakota Democrats in Congress, who died July 21 after a battle with dementia. He was 90. The service is at the Unitarian Universalist Church of Arlington, 4444 Arlington Boulevard, Arlington, Virginia, at 2 p.m. Saturday, Sept. 17. Former Senator Kent Conrad, D-N.D., is among those scheduled to pay tribute. A former reporter in North Dakota, Scouton joined the staff of the late-Sen. Quentin N. Burdick in 1961 and later worked for then-Reps. Roland Redlin and Art Link and was a speech writer at the Department of Commerce.