Universities are opposing an effort to lower pharmaceutical prices through provisions of a law that has spurred the commercialization of agricultural technology as well as lifesaving drugs.

The Bayh-Dole Act, enacted in 1980, allows universities as well as companies to protect and commercialize their rights to federally funded research. Universities claim that using it to reduce drug prices would be illegal and also harm the nation’s ability to develop scientific innovations.

Bayh-Dole enabled "universities to license their patents to the private sector and companies to invest their money and expertise to bring those inventions to market,” according to a letter from land-grant universities, the Association of American Universities and Association of University Technology Managers (AUTM), among others, to the Department of Health and Human Services in July.

“This arrangement has spurred the creation of thousands of products, including over 200 new medicines such as gene therapies for rare diseases, revolutionary cancer treatments, and a once-a-day pill for HIV,” the letter said. “Between 1996 and 2017, U.S. universities and nonprofit patent licensing activity contributed up to $865 billion to U.S. GDP.”

Stephen Susalka, CEO of AUTM, points to the group’s database containing hundreds of university-developed inventions, including a product to enhance the effectiveness of the insecticide Bt, as well as inventions to keep fruit fresh and predict and measure cattle carcass characteristics in live cattle using ultrasound technology.

HHS is considering whether to use the law's “march-in rights” provision to grant a new license for a prostate cancer drug — Xtandi — developed using federally funded research. Granting a new license could reduce the drug's cost. 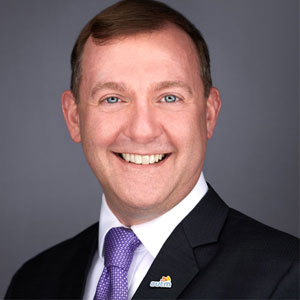 Joe Allen, executive director of the Bayh-Dole Coalition, explains it this way: “If you got a license for an invention, and you're not commercializing it, then somebody could say, ‘Hey, he's not doing anything. Here's the evidence, we want you to march in to license to somebody else.”

The coalition describes itself as "a diverse group of research and scientific organizations, as well as those directly involved in commercializing new products, committed to protecting the Bayh-Dole Act and educating policymakers about the positive impacts of the law." Members include the Pharmaceutical Research and Manufacturers of America and Biotechnology Innovation Organization.

“Xtandi is not the only case where Americans are paying exorbitantly high prices for prescription drugs – there are legions of examples. But the Xtandi costs are particularly galling because the drug’s research and development were underwritten by American taxpayers,” according to a letter from Sens. Elizabeth Warren, D-Mass., and Angus King, I-Maine, and Rep. Lloyd Doggett, D-Texas, to HHS in February.

Under Bayh-Dole, federal agencies that grant licenses “may exercise [their] march-in rights when ‘action is necessary to alleviate health or safety needs’ or when an invention’s benefits are not ‘available to the public on reasonable terms’ per the plain text of the statute,” Warren and nearly 90 other House and Senate lawmakers said in a June 23 follow-up letter to HHS Secretary Xavier Becerra.

But the Bayh-Dole Coalition and its members are pushing back against the use of march-in rights, which they say were never intended to address the pricing of the inventions developed under the law, and whose misuse, they contend, could stifle innovation – not just in the drug space, but for ag research, as well.

“Before Bayh-Dole, not a single new drug had been developed from NIH-funded inventions when the government took patent rights away from their creators,” the groups said in their letter. “Since its enactment, approximately 300 new drugs and vaccines are now protecting public health world-wide.”

Allen likes to use the example of the development of Honeycrisp apples by the University of Minnesota in 1988 to demonstrate how the law works. Had the researchers not licensed their invention to nurseries, the government, theoretically, could have used its “march-in” rights to grant an additional license.

But march-in rights have never been used by the government, which AUTM’s Susalka says is a sign the law is effective.

“To me, that just says that the system's working,” Susalka tells Agri-Pulse. "I kind of think about it like an air bag in your car. It’s a failsafe if things go drastically wrong. But with any luck, you never have to use that air bag."

Inappropriately using march-in rights to address the pricing of products would discourage companies from developing federally funded inventions, Susalka argues. “Let’s say they invest millions of dollars, many person-hours in developing that invention, they spend seven years, and then all of a sudden, the invention gets taken away from them, because the price of their, you know, Honeycrisp Apple is presumed to be too high?”

“What’s the chance that that company will ever invest in another technology coming out of a university, especially, you know, [if it’s] federally funded?” he asks.

He also points to a 2002 op-ed written by the authors of the law, the late Sens. Birch Bayh, D-Ind., and Bob Dole, R-Kan., that said, “Bayh-Dole did not intend that government set prices on resulting products. The law makes no reference to a reasonable price that should be dictated by the government. This omission was intentional; the primary purpose of the act was to entice the private sector to seek public-private research collaboration rather than focusing on its own proprietary research.”

On the other side, however, groups and individuals that support the use of march-in rights to control drug prices argue that the “the march-in statute and related definitions in the Bayh-Dole Act read very plainly that failure to make a subject invention available under reasonable terms is a ground for march-in, and authorizing price-cutting generic competition,” as Public Citizen put it in a letter to HHS this year.

They also say statements made by Bayh and Dole after the law’s passage should not be used to interpret its intent.