That’s the question being posed by USDA’s Equity Commission about the more than 2,000 Farm Service Agency county committees and their 7,000-plus members, who “help make determinations on programs such as disaster assistance, hiring decisions, and assist with outreach,” according to the agency. The county committee, for example, is responsible for hiring the county executive director and adjudicating farmer appeals of FSA and Natural Resources Conservation Service technical determinations.

Committee members, FSA says, “can impact producers through their decisionmaking and help shape the culture of a local FSA office. They also ensure the fair and equitable administration of FSA farm programs in their counties and are accountable to the Secretary of Agriculture.”

But historically, they have been an impediment to equality, members of the commission and its subcommittees said at a meeting last week. At that gathering, commission members approved a recommendation that USDA “conduct an analysis and study regarding the termination of the county committee system and design a more equitable alternative for ALL farmers.” That recommendation is set to be included in an interim report to Ag Secretary Tom Vilsack.

The committee question is likely to take a while to resolve. The interim report, for example, has not been finalized by the commission, and there’s still a chance to tweak its language. And if comments from former USDA officials and a representative of the National Association of Farmer-Elected Committees are any reflection of the sentiment in the countryside, elimination of the committees will probably be a hard sell.

“The fact is a lot of discrimination took place and was not rectified by virtue of the county committee structure,” Vilsack told Agri-Pulse Tuesday at the National Association of State Departments of Agriculture's meeting in New York.

In addition, the commission is recommending USDA stand up a program to ensure county committee minority advisers have direct access to the FSA Administrator to alert them to “real-time issues or concerns within the county and an annual report or accounting to the administrator on how that committee is operating.”

The issue of committees with nonvoting minority members was a particularly emotional one for the commission, with even FSA Administrator Zach Ducheneaux telling members last week he would be uncomfortable in such a role.

Ducheneaux called the minority adviser position “about the most offensive thing that we do to somebody — a role where they can just sit and watch it happen.” Agriculture Subcommittee member PJ Haynie III, chair of the National Black Growers’ Council, also criticized the minority adviser position. Without a vote, he said, members are “handcuffed” and must observe proceedings without being able to influence them.

To Jonathan Coppess, who served as administrator of FSA from 2009 to early 2011, Ducheneaux’s words about nonvoting advisers rang true. “He identified the frustration with that,” said Coppess, director of the Gardner Agriculture Policy Program at the University of Illinois. “You’ve got no vote. You're basically there to do what, exactly?” 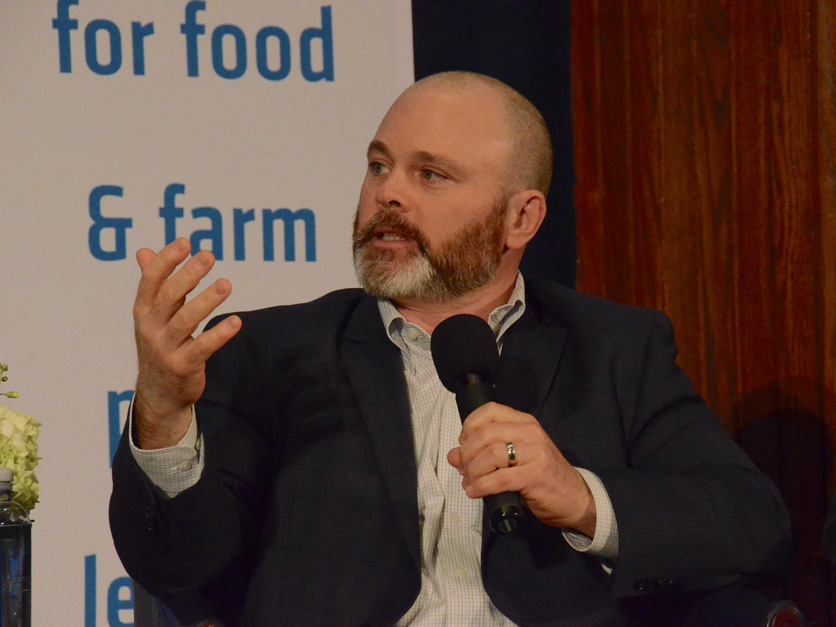 He said he doesn’t know whether the system should be shut down, but “it certainly needs some pretty strong review and some thought put forward into how it should look” in the future.

One issue in evaluating the system is that the level of committee involvement varies. “It's very localized,” he said. “So, one county can look very different than the next. You may have very active farmers and participants in some counties and not in others.”

Vilsack said he was the first ag secretary to appoint minority members to committees, an action he took during his time in the Obama administration. “And then you know what, people got a fairer shake and those people ended up getting elected.”

The “key,” he said, “is to recognize the history … and [make] sure that the structure [of committees] is such that it sends a message of equity and fairness.”

Coppess also said committees — and the way farm programs themselves — are structured need to be examined to see how well they are representing all segments of the farming community, such as young and beginning farmers.

Bill Northey, CEO of the Agribusiness Association of Iowa and former undersecretary for farm production and conservation during the Trump administration, said committees “still serve a useful purpose,” both in communicating about farm programs to fellow farmers “and being able to hear concerns and being able to communicate some of those concerns from a grower perspective, while carrying out the responsibilities that USDA has.”

At the same time, “there absolutely should be no allowance of any discrimination. That’s a very important sensitivity to have. But I don't think that it makes sense to get rid of that role. You can find and root out that discrimination.”

Craig Turner, president of the National Association of Farmer-Elected Committees, told Agri-Pulse that getting rid of the committees would be “ludicrous,” and said most of the discrimination in farm lending and other USDA programs occurred back when committees were under the authority of the former Farmers Home Administration.

“The FSA County Committee functions as a local board of directors,” according to a paper posted on NAFEC’s website. “These boards are in place to ensure the integrity of the agriculture programs and to provide local control for the federal bureaucracy.” 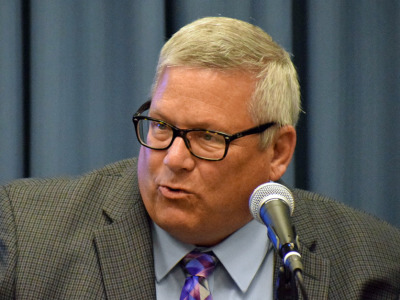 Noting that county committee members are elected, Turner said, “We are the only part of the U.S. government that is ground-driven. Everything else is decided in Washington, D.C., and then it's just handed down.”

Coming into the meeting last week, the equity commission was considering subcommittee recommendations that did not include a study on the potential abolition of county committees. But when the discussion began, focus turned toward a recommendation to study the question.

Dewayne Goldmon, a racial equity adviser to Vilsack, gave a presentation to the commission in which he tied the establishment of the county committee system in the 1930s to the drastic decrease in farm ownership by Black people.

But Goldmon said some progress is being made. Committees no longer make loan decisions, an authority taken away from them more than 20 years ago. And USDA has selected 17 new urban and suburban FSA committees focused on urban agriculture, including such cities as Chicago, Dallas, Philadelphia and New York City.

Another former USDA official with knowledge of the committee process recommended their retention, saying they provide a valuable connection to farmers. While the committee system deserves scrutiny, this person, speaking on the condition of anonymity to speak candidly, said it doesn’t make sense to scrap the entire system.

The commission made 30 recommendations on a range of issues, including fairness in loan programs, bolstering research funding, better guidance on nutrition, improving the treatment of farmworkers and resolving heirs property issues.

It agreed to gather more data before making specific recommendations addressing delays in resolving civil rights complaints. The commission is still considering the idea of moving discrimination complaints from the Office of Civil Rights to the department’s National Appeals Division.