A multimillionaire Republican egg farmer is mounting a campaign to wrest control of Florida’s agriculture department from Democratic hands in the nation's third-largest state in one of several bids for control of state ag offices across the country. These positions are closely watched because of the scope of their authority and often serve as stepping stones to higher elected offices within each state.

Wilton Simpson, whose net worth totals more than $25 million, has armed himself with over $9 million in donations in his bid to become state ag commissioner, a position currently held by Democrat Nikki Fried. He’s accrued significant name recognition from his current role as president of the state Senate and received endorsements from prominent Republicans, including Florida Gov. Ron DeSantis and former President Donald Trump.

His opponent is Naomi Blemur, a Haitian-American minister and community leader. Fried could have tried to stay on, but instead made an unsuccessful bid for the Democratic nomination for governor.

Blemur, with just $54,548 in campaign spending, said last month that she felt the state’s Democratic party was neglecting her. She told Miami news station NBC 6 that she hasn’t been able to participate in the party’s Blue Shift Florida fund-sharing initiative, partly because she can’t provide the $40,000 she needs to gain entry.

“The way you know who supports you is by how deep they go into their pockets. When they don’t open up their pockets or their pocketbooks, the message is very clear. You are not their candidate,” Blemur said.

Blemur has previously served on local committees in the Miami community and is endorsed by the Tampa Bay Times editorial board. But Simpson is backed by groups with a large agricultural presence in the state, including the Florida Farm Bureau FarmPAC, the Florida Chamber of Commerce, the Florida Forestry Association and the Florida Agritourism Association.

“It would be shocking if she were to prevail in this race,” retired University of South Florida political science professor Susan MacManus told Agri-Pulse. “No one anticipates it.” 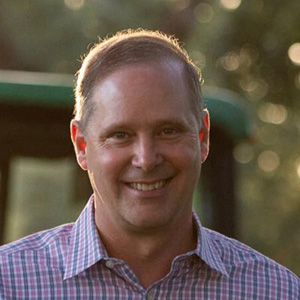 According to her campaign website, Blemur hopes to use the position to introduce dedicated land zoned for community garden programs, invest in solar and wind projects, decriminalize cannabis and create programs educating minority groups on the hemp industry.

Wilton’s campaign website, on the other hand, emphasizes his agricultural work in the Senate, including securing funding to research citrus greening, adding agritourism to the definition of a farm operation in Florida law and updating Greenbelt Laws to prevent property tax increases on agricultural land due to encroaching development.

The Agriculture and Consumer Services commissioner’s duties extend to more than just agriculture, which MacManus says makes it “one of the four most powerful positions in the state.” The commissioner, for instance, also oversees weapon licensing, a power that both parties have aggressively vied for control over.

Blemur, expressing concerns about mass shootings and gun violence, vowed to “ensure that all applications for concealed weapon carry licenses are thoroughly vetted before being issued and those who evade these measures are held legally responsible.” Simpson, with an NRA endorsement, lists  “defending the Second Amendment” as a priority on his website.

Current Iowa Agriculture Secretary Mike Naig, a Republican with a nine-year history in the department, is seeking to retain his seat against Polk County soil and water commissioner and a self-styled “Tip O’Neill” Democrat, John Norwood.

Naig has served as the state’s agriculture secretary for nearly five years. He was appointed to the position by Gov. Kim Reynolds in 2018 and was re-elected to a four-year term in that position later that fall. Naig served as deputy secretary to former secretary Bill Northey, who left the department to work for USDA during the Trump administration.

Norwood is a business consultant in West Des Moines with a master’s degree from Yale’s Forestry School and a bachelor’s degree from Williams College in Massachusetts. He has said Naig's efforts to reduce nutrient pollution in waterways and topsoil erosion have been insufficient to the task.

“We're looking at a trillion dollars on the balance sheet in assets in one of the richest places in the world to grow food. And we're running the whole thing into the ground,” Norwood told Agri-Pulse. “It's ridiculous.”

The department, in collaboration with Iowa State University and the Iowa Department of Natural Resources, created a framework for reducing nutrient collection in Iowa waterways. But despite an 18.5% reduction in phosphorus losses between 2006 and 2010 attributed to the plan, nitrogen loads increased about 5%.

Naig, when asked about the nutrient strategy during an Iowa Press debate last month, said it so far has focused on soil erosion, and since phosphorus tends to move with soil, that explains the improvement there. But he said there’s still a lot of work to be done on nitrogen, noting that future efforts could include saturated buffers, constructed wetlands and bioreactors.

“We have work to do, there’s no doubt about it,” Naig said during the debate. “But we have changed the complete trajectory on what we’ve done on water quality in this state and it’s bearing fruit now.”

Naig has also expressed his support for the state’s ethanol industry, which may soon face the challenge of increased electric vehicle production. He said other parts of the United States need to look at pushing to higher ethanol blends like E-15 and even beyond that.

Norwood says the industry should be focused on finding ways to fit into difficult-to-electrify markets like airplanes, locomotives, boats and long-haul trucks, rather than trying to compete with the electric car industry.

“This is where biofuels have a competitive advantage,” Norwood told Agri-Pulse.

Two-term Republican Texas Agriculture Commissioner Sid Miller secured his party’s spot in the race in March and will be facing Democrat Susan Hays in the fall. Miller could be affected by several scandals, including the indictment of one of his aides for felony theft and commercial bribery.

But the state's GOP leaning and former Trump's support for Miller gives him a natural edge over Hayes, a lawyer that also raises hemp and hops on a farm near Alpine. 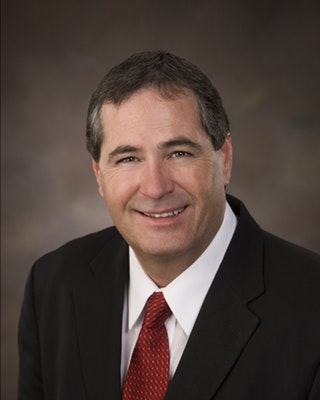 Harper, a seventh-generation farmer, is touting his goal of pushing for “fair” trade deals with China and Mexico, fighting “burdensome regulations” like the Waters of the United States rule and investing in agricultural education programs at local universities.

Hemingway, on the other hand, has pledged to fully eradicate Georgia childhood hunger by 2025 and crafted a “Georgia Growing” plan that, among other things, calls for new procurement policies for state and local agencies that prioritize local food. She has also promised to crack down on human trafficking in the state’s agriculture sector.

In Alabama, Republican Rick Pate has no Democratic opposition in his race for re-election as agriculture commissioner. He is facing Libertarian challenger Jason Clark.

Dooley, in an interview with local news station KFGO, said he doesn’t plan on “dislodging” Goehring, who has held the position since 2009. Instead, the Bismarck-based attorney said he wants to engage Goehring with a “discussion” about the impact oil development has had on soil in the Williston Basin.

South Carolina’s Republican agriculture commissioner, Hugh Weathers, is set to take on two third-party challengers in November. Green Party candidate David Edmond and United Citizens Party candidate Chris Nelums are hoping to unseat Weathers, though both failed to do so in 2018 when they last opposed him.