The mid-term elections are likely to redraw the political map for the next two years, but perhaps not as much as Republicans initially thought, pollsters and pundits say.

Most predictions have Republicans taking over the House by an as-yet undefined margin. If they do, they’re sure to launch investigations into the Biden administration and President Joe Biden’s son, Hunter.

But the loss of the Senate would have a more immediate impact because it would make it harder for Biden to gain approval of his judicial nominations. Politically, it also would be a bitter pill to swallow for the Democrats, signaling that even the Supreme Court’s adverse ruling on abortion was not sufficient to persuade enough voters to support pro-choice Democrats.

One race, which has implications for farm policy and appears to be unexpectedly tight is in Iowa, where Chuck Grassley, 89 and seeking his eighth term since he was first elected in 1980, is facing off against retired Adm. Michael Franken, 64. Grassley, one of the few farmers in Congress, has long focused on agriculture and trade issues, sometimes taking stands that clashed with priorities of major ag groups, including his efforts to tighten farm payment limits and mandate cash trading in cattle markets.

A recent Des Moines Register/Mediacom poll found Franken within three points of Grassley, a result immediately touted by the Franken campaign in fundraising that picked up markedly after the poll was released. The poll also showed for the first time a disapproval rating for the senator that exceeded his approval rating.

“It says to me that Franken is running a competent campaign and has a shot to defeat the seemingly invincible Chuck Grassley,” pollster Ann Selzer told the newspaper.

Grassley dismissed the results in a phone call with reporters. “You're paying too much attention to polls,” he told a reporter who asked about it. “I work hard to get every Iowan’s vote and I asked for every Iowan’s vote, and I'm going to campaign hard between now and the end of the election.” He also said Franken, who has praised the job Biden is doing, “would be a rubber stamp for the Biden agenda.” 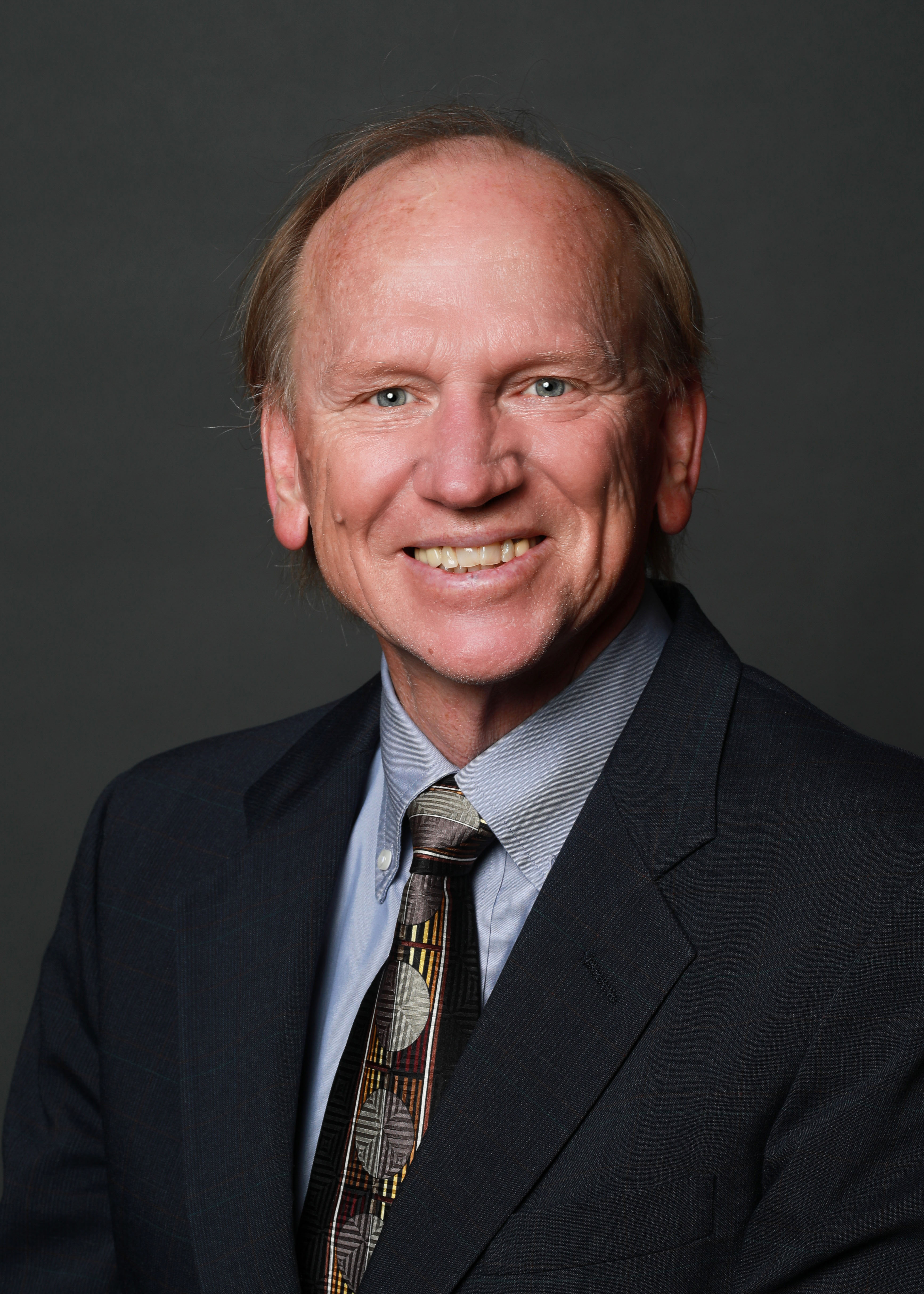 Gaining support from independents is crucial for Franken, since Republicans outnumber Democrats in the state by about 100,000 people. The DMR poll showed Franken leading among Independents, 46%-35%. But a National Republican Senatorial Committee poll, which showed Grassley holding to an 11-point lead, has him leading in that group with 61%.

Iowa political consultant Eric Woolson said he expects Grassley to win, though by a smaller margin than in the past. Echoing the Iowa Republican Party, which called the DMR poll an “outlier,” Woolson added, “’within striking distance’ still means you're behind. And I think that's always important to remember that there's not been a poll that say [Franken’s] ahead or even that he's tied with Grassley.”

The state GOP also criticized Selzer’s polling, pointing to past races where her polling has not held up.

Woolson said Grassley’s advertising has been picking up. The senator has outspent Franken, has more cash on hand, and has been hammering Franken on inflation and linking him to Biden, whose own disapproval rating may be the reason he hasn’t hit the hustings to campaign for individual Democrats.

In addition, the national Democratic party has not contributed to the Franken campaign.,

“The national Democrats have not spent any money in this race,” Woolson said. “They may come to regret it, depending on how close it is.”

Iowa state Rep. Steve Hansen, a Democrat, said the uptick in advertising by the Grassley campaign shows the senator is taking the race seriously. He said Franken is “in range” but would be helped by more money.

He said that even some senior citizens are questioning whether Grassley, who would be 95 if he wins and finishes out his term, should be re-elected.

Bill Northey, a former Republican state ag secretary and USDA official during the Trump administration, said Grassley has served Iowa well and "just as sharp as he's been."

Hansen also raised the issue of Grassley’s effectiveness, saying that while “he’s railed against big government,” he’s not known for any particular piece of legislation. And he said “you can definitely claim Grassley is responsible for the Supreme Court makeup.” As chairman of the Senate Judiciary Committee, the senator did not hold a hearing on President Barack Obama’s nomination of Merrick Garland to the Supreme Court, but did preside over hearings for Brett Kavanaugh, Neil Gorsuch and Amy Coney Barrett – the last just weeks before the 2020 election -- all of whom are now on the court.

The issue of Grassley’s independence has come up in the campaign. Woolson said there is something to the argument that Grassley is perceived as being more in line with the Republican Party than he has been in the past.

“It is fair to say that he has tilted more to the party line the past four or five years than in the ‘90s, and even the early 2000s,” Woolson said. “And that may, frankly, be a reflection of the fact that we're just a more sharply divided society.” 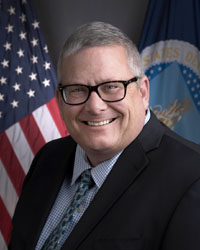 Bill Northey, Agribusiness Association of Iowasaid it was a factor in Cook moving its race from “solid Republican” to “likely Republican.”

“There are probably few other state pollsters that I would have taken as much notice of, and so that factored into our ratings change,” she told reporters last week.

Nevertheless, he said she thinks it’s unlikely Franken will get many “crossover” votes from Democrats.

Franken’s campaign hit a snag last month when a former campaign manager filed a police report accusing the candidate of forcibly kissing her. Franken denied the incident occurred and pointed to the Des Moines Police Department report, which closed the case as “unfounded.”

The report, however, did not say the incident didn’t occur, but that “there is no information to support that a criminal act occurred.” The complainant, Kimberly Stope-Boggus, told the police officer who interviewed her that she did not think there was any sexual intent behind the kiss.

Franken is “old school” and has “1950s interactions with women,” she said, according to the police report, first made public by Iowa Field Report, which is edited by a GOP consultant.

The Franken campaign did not respond to emailed questions about the campaign or the incident but attacked the report as politically motivated.

Other Senate races are tightening as campaigns come down to the final days. The Cook Political Report has put four in the toss-up column: Pennsylvania, Nevada, Georgia, and Wisconsin.

Probably the best shot Republicans have at knocking off an incumbent is in Nevada, where Sen. Catherine Cortez Masto is struggling to hold on to her seat after winning by just two points in 2020. She is running against former Nevada Attorney General Adam Laxalt, who as co-chairman of former President Donald Trump’s Nevada operation led efforts to overturn Biden’s victory in the state.

In Pennsylvania, Lt. Gov. John Fetterman is competing in a highly contentious campaign with Mehmet Oz in a race that has featured criticism of Oz’s lack of Pennsylvania roots and questions about Fetterman’s health. He suffered a stroke in May but has returned to the trail.

Fetterman held a healthy lead in polls earlier this year, but his election is not in any way assured. Still, Taylor called Pennsylvania “Democrat’s best pickup opportunity.” Republican Pat Toomey is retiring.

In Georgia, Senate Agriculture Committee member Raphael Warnock is running against former football star Herschel Walker, who has painted himself as pro-life despite paying for an abortion for his girlfriend, according to a report in The Daily Beast that cited a receipt for the procedure.

Taylor said the race will likely to go to a runoff because neither candidate is expected to pick up 50.1% of the vote.

Wisconsin, often the site of close contests, is another state rated as a toss-up by Cook. Incumbent Republican Sen. Ron Johnson is running against Lt. Gov. Mandela Barnes.