Analysts say consumers are likely to see relatively high prices in grocery stores and restaurants for some time due to strong commodity markets and high agricultural input costs that get passed through the food chain.

“That producer cost has to be passed through to the consumer; it’s not over yet,” said Tom Bailey, a consumer foods analyst for Rabobank. “There’s still a lot of prices to be passed through. Not everybody’s recouped the lost margin from the last 12 months to 18 months.”

As prices paid to producers start to fall, consumer prices typically continue to rise or stay flat before coming back down, but producer prices and consumer prices eventually find an equilibrium over time, Bailey said.

In a recent Ag Data News post, University of California-Davis agricultural economist Aaron Smith says the current gap between food prices and other consumer costs should close as prices for unprocessed food commodities come down. “This means food prices are likely to grow more slowly than prices in the rest of the economy in the next year or two,” he said.

But farmers will continue to face pressure from production costs.

“Ultimately one of the most important, if not the most important part of the supply chain, is the farm gate. If we lose that, we’re in big trouble,” Bailey said. He said some producers are being squeezed who don't have the capital to withstand the pressure from high input prices. Although prices received by farmers in some sectors are very high, their input costs are also up double digits and have been for some time. 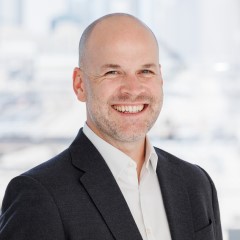 “Now that their prices received are coming off, and their [costs of goods sold] are staying high, the squeeze is starting to get pretty ugly,” Bailey said.

Some farmers are hedged and can proactively manage their risk exposure. However, Bailey also cautioned about an increased chance of further farm consolidation in 2023 due to high production costs.

Shrinking cattle production is expected to push up retail beef prices, according to the latest Rabobank North American Agribusiness Review.

John Newton, chief economist for the Senate Agriculture Committee's minority staff, said fed cattle prices are at the highest level in seven years as the cattle cycle is turning downward and many are dealing with a drought. He expects cattle prices to hold, assuming demand remains firm, but said concerns over a potential recession also could lower retail demand.

Meanwhile, Rabobank said hog slaughter is currently averaging 1.6% below a year ago as market inventories are below earlier expectations and as packers are likely slowing the harvest to maintain margins.

In addition, “There is some risk that weaker domestic demand and plentiful chicken supplies could weigh on retail demand, although current demand remains flat with year-ago levels,” Rabobank said.

Producers capture a varying share of the retail food dollar depending on the commodity. The farmers' share tends to be higher for fresh fruits and vegetables, dairy and other animal products than it is for foods that require significant processing. The farm share also is much smaller for foods served in restaurants or food service.

Overall, about 18 cents of every dollar consumers spend at the grocery store goes to producers, and 3 cents for every dollar spent on food eaten away from home, according to USDA's Economic Research Service.

“Even though consumers are paying more for food at the grocery store, that doesn’t necessarily mean all that extra money is going to the producer,” Newton.

According to an analysis of USDA pricing data by the National Farmers Union, farmers are currently getting $2.09 for a gallon of milk that is priced in the store at $4.39 and $1.94 on a dozen eggs that sell for $3.99; the farmers' share of a pound of apples that sells for $1.25 is 72 cents.

ERS estimates food prices will be 9.5% to 10.5% higher this year than in 2021 and 3% to 4% higher in 2023, which would still be above the historical rate of inflation for food. Those estimates include food purchased at the supermarket for home consumption as well as food eaten away from home.

Prices for eggs and dairy products as well as cereal and bakery products and vegetable oil have been among the leading contributors to the inflation consumers have seen.

According to the latest Consumer Price Index, egg prices rose 10% in October and were up 43% since October 2021, due in part to an ongoing outbreak of highly pathogenic avian influenza (HPAI).

The ongoing outbreak of highly pathogenic avian influenza reduced the U.S. egg-layer flock, as well as the poultry flock to a lesser extent, according to ERS.

Meanwhile, the quantity of eggs consumed has declined by almost 15% from pre-pandemic levels.

John Newton, Senate Ag GOP Chief Economist  The egg industry is dealing with criticism of the higher prices consumers are paying at the grocery store.

“It’s important to know that farmers don’t usually get to choose the final price of their eggs. Eggs are priced on the commodity market, like corn and wheat,” according to the American Egg Board, which added that temporary increases in egg prices reflect many factors such as supply chain challenges, cost and availability of feed and grain, labor and transportation, as well as the strain from the current bird flu outbreaks.

Peter Vitaliano, the National Milk Producers Federation's vice president of economic policy and market research, said prior to the past year, retail prices for dairy products had generally risen at a lower rate than general inflation and other food and beverages.

Vitaliano said the spike in dairy PPI is due to a tight milk supply situation that’s pushed milk prices to record-high levels. This started in the middle of 2021, but by the time 2022 came around, it started bleeding through to the retail level.

The farmers' share of retail dairy prices rises and falls over time. This year, producers are receiving about 35% of what consumers pay. In 2009, farmers got just 24% of the retail price. In 2014, the farmers' share hit 39%.