Monterey Mushrooms has hired Andrea Smith as the new director of sales for the western region, managing territories supported by California and Texas farms. Bringing more than 27 years of experience to the position, Smith most recently served as a sales director for Calavo Growers and Renaissance Food Group.

Brian Hunt is the new senior vice president of ag operations at Church Brothers. Hunt has been with Church Brothers since 2014 in the ag operations division and has also been a managing partner at C&H Farms. He brings over 20 years of experience to the role, and previously in his career worked at Tanimura & Antle. 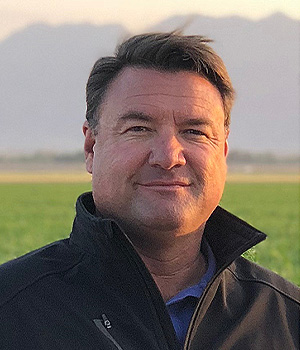 Calavo Growers brought on Andy Foster as vice president of sales for national accounts. Bringing more than 25 years of experience to the post, Foster has previously worked at Taylor Farms and Boskovich Farms.

Potandon Produce is bringing on Dave Allen as the new senior director of sales on the russets and onions sales team. Allen previously worked at FreshPoint as the director of corporate sales. Before that, he was with Produce Alliance.

Brian Sikes has been tapped to lead Cargill as its new president and chief executive officer at the beginning of the year. Sikes will replace Dave MacLennan, who will become the executive chair of the board. Sikes has been with the company for 31 years and currently serves as Cargill’s chief operating officer. He has held various leadership roles in the U.S., Canada and Europe, and has previously served as the head of the company’s talent center of expertise.

The National Fisheries Institute is mourning the loss of its president and CEO John Connelly, who passed away. Connelly was diagnosed with cholangiocarcinoma, or bile duct cancer, in March 2022. He served at the helm of NFI for nearly 20 years. NFI will have a celebration of life on Sunday, Jan. 15, at the Global Seafood Market Conference at the La Quinta Resort in Palm Springs, California. NFI will also announce funeral plans when they are made available.

Thomas Tjerandsen, an international produce marketer, died on Nov. 8 at the age of 80. Tjerandsen was a founding member of the Pomegranate Council and has served as its executive director since its inception in 1997. He also served on the California Agricultural Export Council.