President Joe Biden has submitted a pair of nominations to the Senate for Agriculture Department positions, hoping to see the two officials confirmed after unsuccessful bids in the last Congress.

Stacy Dean, the nominee to be USDA’s undersecretary for food, nutrition and consumer services, and Margo Schlanger, the pick for assistant secretary for civil rights, were among a hefty slate of nearly 90 federal nominees submitted Tuesday.

Both were also nominated previously – Dean in May 2022, Schlanger in September 2021 – but were not confirmed by the Senate. Dean’s nomination never came before the Senate Agriculture Committee, but Schlanger testified before the panel in November 2021. Both are currently working at USDA, Dean as the FNCS deputy undersecretary and Schlanger as a senior adviser in the Office of Congressional Relations.

Ag Secretary Tom Vilsack welcomed the submissions of both nominations in a pair of statements Tuesday.

Vilsack said through her deputy undersecretary role, Dean played a “pivotal role” in last year’s White House hunger conference and has “sought to increase nutrition assistance for struggling Americans, ensure all children have access to healthy meals at school, and tackle barriers ingrained within nutrition programs.” 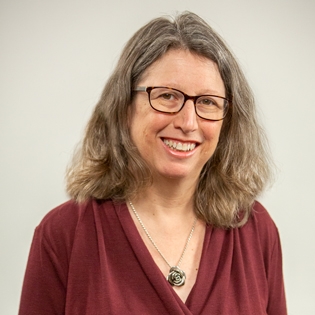 USDA nominee Margo SchlangerAs for Schlanger, Vilsack said confirming her to the civil rights role would allow her to “continue her commitment to public service and civil rights as we at USDA continually seek to fairly and equitably serve our employees and customers. I am pleased President Biden has nominated her and look forward to her confirmation.”

Dean and Schlanger's nominations were among a handful key to food and agriculture policy that were in limbo as the last Congress wrapped up in December. Three nominees – Trade Undersecretary Alexis Taylor, Food Safety Undersecretary José Emilio Esteban, and U.S. Trade Representative Chief Ag Negotiator Doug McKalip – were confirmed in late December.