WASHINGTON, Mar. 8, 2017 - The U.S. produced more petroleum than any other country in 2015, according to data from the Energy Department’s (DOE’s) Office of Energy Efficiency and Renewable Energy (EERE). 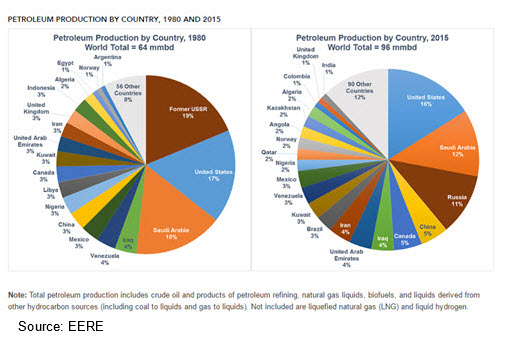 In 1980, DOE notes that the U.S. was the second- highest producer in the world, with 17 percent of total production, just behind the former Union of Soviet Socialist Republics (USSR), with 19 percent.

In 2015, the U.S. share of world petroleum production was tops in the world at 16 percent, ahead of Saudi Arabia, with 12 percent and Russia with 11 percent.