But given the budget-slashing climate now existing in Washington, the question arises: Will it be the last application deadline for the program?

The Rural Energy for America Program (REAP) can be lumped among the many federally and state-driven renewable energy programs that critics say are a burden on taxpayers, distort the market and waste long-term government financial support that turns projects into charities.

That voice of disapproval has gotten louder in the current political climate and supporters of REAP wonder if it can survive a new administration in the White House that recently issued a fiscal 2018 budget blueprint calling for $4.7 billion in cuts to USDA’s discretionary spending, down to $17.9 billion, a drop of 21 percent.

Specifics on how those cuts might be achieved were not included in President Trump's “skinny” budget plan. But longstanding farm energy initiatives like REAP, the “9003” program that helps fund biorefineries, and the Biomass Crop Assistance Program (BCAP) are all expected to be targeted when the administration submits a detailed budget proposal to Congress next month.

However, the program is broadly supported in rural America, advocates say, pointing out that demand for REAP funding has consistently outpaced the money available. Supporters say the program has brought benefits to all 50 states and six U.S. territories, and to a wide range of agricultural sectors. They also say REAP helps farm operations and small rural businesses reduce costs, protect and increase jobs and, in many cases, produce homegrown clean energy. 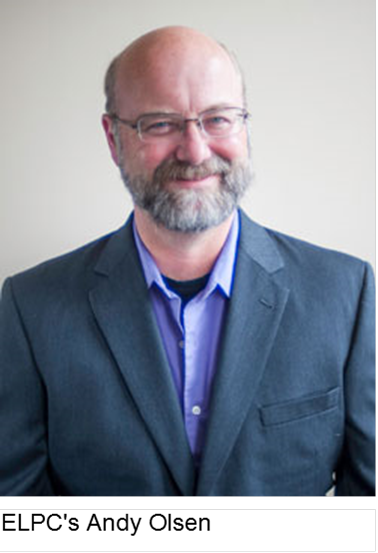 When the program that evolved into today’s REAP was created by the 2002 farm bill, “‘farm energy’ was considered to be mainly ethanol and biodiesel,” said Andy Olsen, a senior policy advocate in the Madison, Wisconsin, office of the Environmental Law and Policy Center (ELPC), where he leads the center’s Farm Energy Project. “Today, REAP has revolutionized the concept of farm energy to include increased energy efficiency and more on-farm clean energy production from wind, sun, geothermal and biomass.”

Supporters cite data like that sent to Agri-Pulse from USDA Rural Development showing that from 2009 through last year, REAP awarded just over 11,000 grants totaling more than $357 million, and guaranteed nearly 1,000 loans for more than $627 million. The department says that money has, in turn, leveraged some $2 billion in private investment. The energy generated or saved by the projects it has helped fund – efficiency upgrades at stores and businesses, solar panels installed on farm buildings like poultry houses, and lower-cost power generated at livestock operations by on-farm manure digester technology accelerated by REAP – is enough to power more than 730,000 single-family homes.

REAP also provides assistance to biofuels plants, either for new construction or for efficiency improvements to existing plants. New projects typically are smaller biodiesel or specialized biofuels projects that involve the production of liquid fuels from biomass, such as energy crops, soybeans and other crops or resources. Biofuels produced from REAP-funded facilities replace some 34 million barrels of oil annually, USDA says.

Because of the program, “More farmers have reduced their input costs, jobs were created across rural America, growers have increased their margins, and farmers and ranchers have developed new sources of income,” Olsen told Agri-Pulse. “REAP has successfully served rural America and American society overall. We all benefit from reduced energy consumption, increased public health from less energy pollution and with stronger rural economies.”

Upon receipt of the president’s budget outline last month, budget writers on Capitol Hill made it clear that final appropriations decisions rest with Congress and that the White House spending proposal represents merely “suggestions.”Still, with work underway on a 2018 farm bill and a GOP-controlled Congress intent on slashing federal spending, advocates wonder if funding for programs like REAP is vulnerable.

The current farm bill, adopted in 2014, obligates $50.5 million for REAP in this fiscal year ending Sept. 30, and the 2018 fiscal year. That Congress would make any reductions to this year's REAP mandatory funding is “not too likely,” Olsen said, even if fiscal 2017 government spending authorization remains a bit uncertain.

Due to partisan machinations, only one of the 12 major appropriations bills (military construction) for this year has been adopted by Congress. Government spending, including that for USDA, is currently being authorized under a “continuing resolution” (CR), a measure that maintains the previous fiscal year’s spending levels. The CR is set to expire near the end of this month, which could prompt budget negotiations that observers say may mean deeper cuts in federal spending before the fiscal year runs out in September.

However, Olsen says it is doubtful that Congress would “jump in and cut something that’s already been applied for. If (lawmakers) listened to USDA, they’d know they’d have a lot of angry people out there” if REAP was cut.

The ELPC staffer is also relatively confident in REAP funding in fiscal 2018, noting that the mandatory level set in the 2014 farm bill for next year, along with baseline funding, will prompt USDA to proceed with program implementation.

“Congress would have to take special action to kill REAP funding,” such as taking the unusual step of implementing a “CHIMP” (CHange In Mandatory Program Spending), Olsen said. “But the program reduces operating costs and increases revenues in ways that provide lasting benefits. So, we hope the appropriations committees will not kill a program so popular with so many agricultural sectors around the nation at a time when commodity prices are low.”