WASHINGTON, May 3, 2017 - Lawmakers’ stunning failure to agree on aid to cotton and dairy producers has left the House and Senate Agriculture committees facing a multibillion-dollar budget hole as they prepare to write the next farm bill. The outcome has also produced recriminations and a level of acrimony among lawmakers and their aides that is rare on Capitol Hill when it comes to writing farm policy.

As recently as Friday, a senior lawmaker told Agri-Pulse that prospects for getting the provisions into the fiscal 2017 budget agreement were “looking good.” But in reality, according to interviews with sources close to the negotiations, a resolution to the dairy and cotton issues was far from a done deal. When the agreement was finally released early Monday morning, neither provision was anywhere to be found. 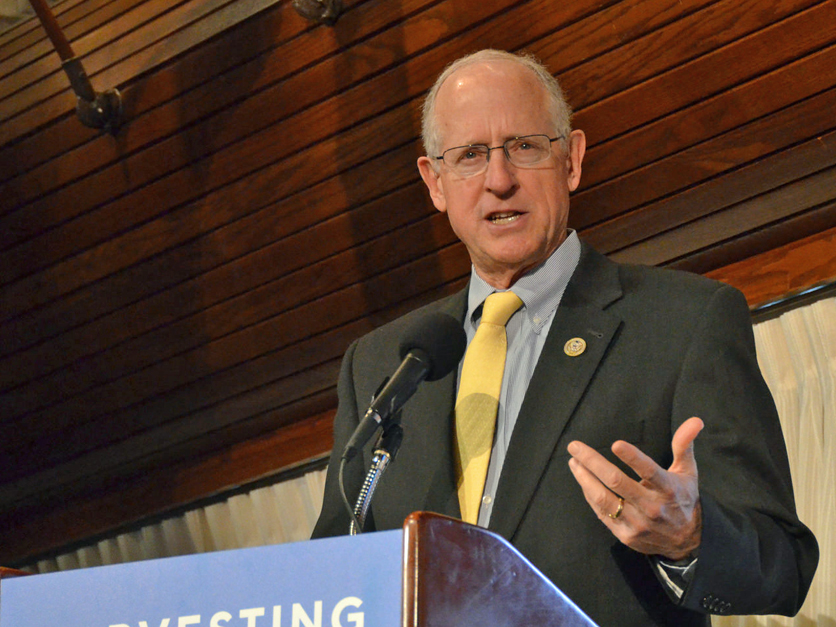 The National Cotton Council (NCC) and House Agriculture Chairman Mike Conaway, R-Texas, were furious. They openly accused the top Democrats on the Senate Agriculture and Appropriations Committees – Debbie Stabenow of Michigan and Pat Leahy of Vermont, respectively – of sabotaging the cotton proposal. Stabenow and Leahy, who proposed a dairy assistance plan that was paid for by reducing the planned cotton payments, “should not be playing games with the livelihoods of those who work hard to put food on our tables and clothes on our backs,” said Conaway.

Stabenow, who puts the blame on cotton producers, had insisted that the budget agreement provide aid to dairy farms if the cotton assistance was included. She said the issues are best dealt with in the broader debate over the farm bill when all commodities and regions are involved. “This is a farm bill discussion. They wanted to do something outside the farm bill discussions for one crop,” she said.

It was never going to be easy to get a new farm bill written in this Congress, given the mid-term elections looming in 2018. Now, it’s a lot harder, if not quite impossible, given the bitterness that’s likely to linger from the budget showdown and the challenges of finding the money to address cotton and dairy in the farm bill.

“Had the issue been resolved now, all parties would have come to the table a little more calm,” said Bob Young, the American Farm Bureau Federation’s chief economist. “Tell me what pot we’re going to take the money out of to make this happen next time?” 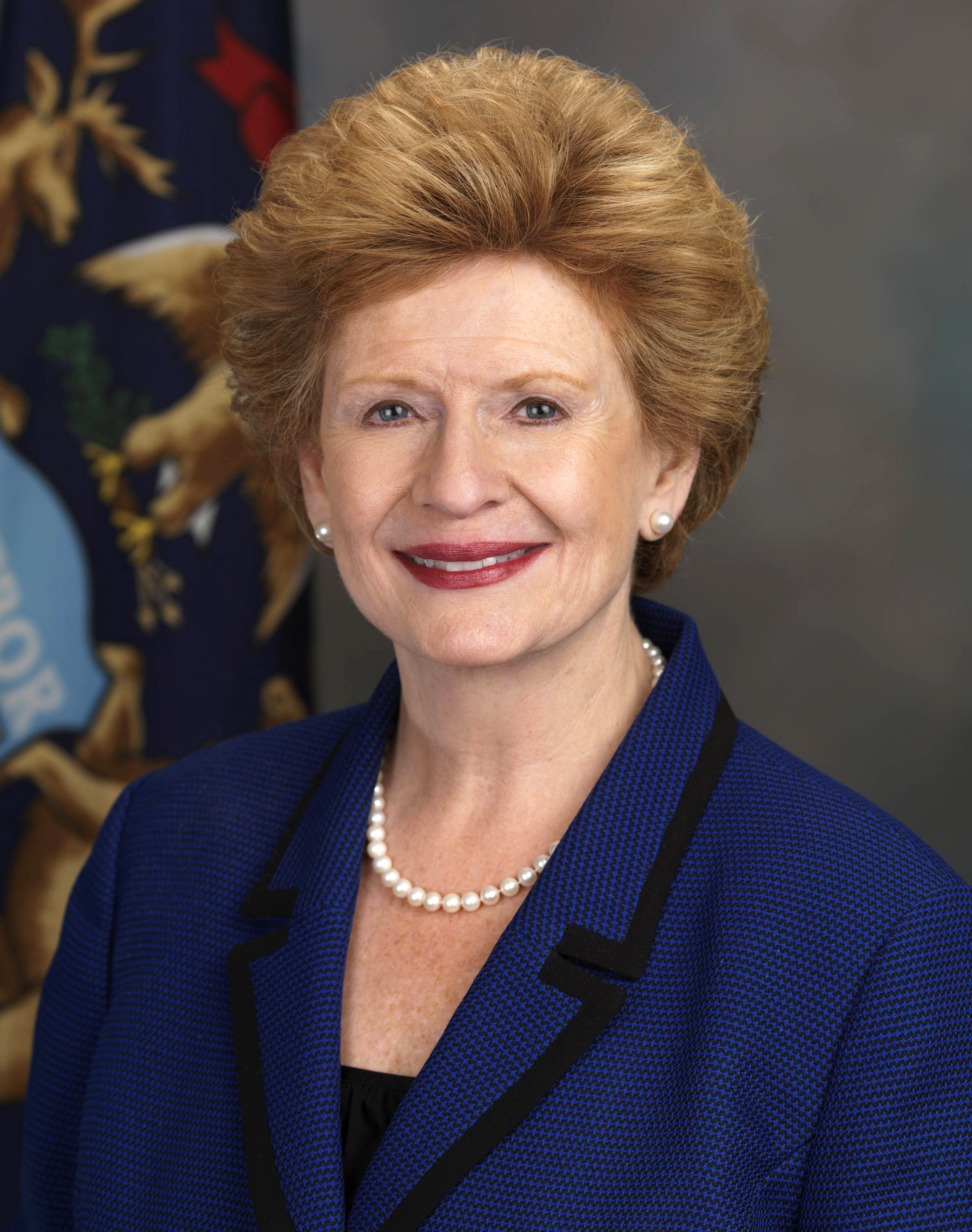 A congressional aide who worked on the issue said, “We’ve got no increased baseline for anything, and we’ve got people who are absolutely furious… What good came of this?”

The cotton provision, which NCC first proposed to lawmakers last fall, would have made cottonseed eligible for the Price Loss Coverage and Agriculture Risk Coverage program. The Congressional Budget Office estimated that it would trigger about $4 billion in PLC payments over 10 years, but the cost would have been fully offset by changes in other programs involving cotton. The proposal called for ending the Stacked Income Protection insurance program for cotton and reallocating what are known as “generic base” acres, former cotton acreage for which many producers are getting subsidies for other commodities. The plan would have set a new PLC reference price for cottonseed of $15.88 per hundredweight, according to the legislative text obtained by Agri-Pulse. That’s well below the $20.15 reference price that the 2014 farm bill set for “other oilseeds.”

Critical to the deal was a decision by House leaders to allow CBO to estimate the cost, or score, of the plan based on CBO’s March 2016 forecast, not a more recent forecast issued in January. The difference was huge: Using the January forecast would have raised the cost of the provision by more than $1 billion.

The proposal became a personal mission for Conaway. He lobbied the chairman of the House Appropriations Committee, Rodney Frelinghuysen, R-N.J., to support the provision, while some members of the Congressional Black Caucus, including Georgians David Scott and Sanford Bishop, appealed to the ranking Democrat on House Appropriations, Nita Lowey, D-N.Y.

But in April, as the congressional budget negotiations began to heat up, cotton producers and their congressional allies quickly ran into a problem with Senate Democrats, namely Stabenow and Leahy, both former chairs of the Senate Agriculture Committee. One Republican aide, reporting on Senate Democratic views toward the cotton provision, said in an email obtained by Agri-Pulse that Democrats were likely to oppose the cotton provision but that they might offer a dairy proposal as “tit for tat.” “Their only justification to oppose is b/c (because) Stabenow wants to use cotton as leverage in the next farm bill to get what she wants,” the email said.

The Democrats last week formally offered a four-part dairy proposal that that would have provided more than $800 million in assistance over 10 years to milk producers. To pay for it, the senators proposed reducing the proposed cottonseed reference price to $14.64. To Democrats the plan was modest compared to what cotton producers were slated to get under their plan, and it would take advantage of the savings House negotiators were claiming by getting CBO to score the plan against its March 2016 baseline.

Senate Democrats would eventually float versions of the plan that cost as little as $400 million, and even $200 million, but the proposals were non-starters with Republicans because they weren’t paid for, said Minnesota Rep. Collin Peterson, the ranking Democrat on the House Agriculture Committee. Peterson also said he didn't think any of the Senate proposals would do much to help produceers or increase participation in MPP.

The National Milk Producers Federation was caught in the middle. Jim Mulhern, the group’s president and CEO, says his members badly need improvements to the Margin Protection Program, but he insists his group actively opposed cutting the cotton proposal to pay for it.

“Our position was to address dairy and cotton on their merits as separate programs,” Mulhern told Agri-Pulse. “We did not support using the offset that had been identified for cotton. We did not support using that for dairy.” He went on, “Cotton needs to be fixed. Dairy needs to be fixed. Cotton had an offset for their program. Dairy didn’t have an offset, because we didn’t have much of a baseline.”

The Stabenow-Leahy plan overhauled dairy’s Margin Protection Program in part by raising the basic coverage level from $4 to $5 per hundredweight and eliminating the $100 annual administrative fee. To target assistance to smaller scale farms, the proposal also reduced premiums for buy-up coverage for the first 4 million pounds of milk. Finally, the plan changed the period for margin calculations from every two months to every month.

Cotton producers, who had a key ally of their own in the negotiations, Senate Appropriations Chairman Thad Cochran, R-Miss., didn’t want their plan cut, sources say. Doing so would have risked dividing the cotton industry itself. Cotton producers also didn’t think it was fair to give up funding offsets that came from cotton-linked programs. By late afternoon or early evening Sunday, despite a private conversation between Leahy and Cochran, it was clear to staff that the negotiations had reached an impasse.

Neither commodity has anything to show for itself now. That $1 billion in savings that came from using the March 2016 CBO baseline is almost certainly gone. Next time, lawmakers will have to use a later baseline.

“There was no rationale or justification for linking support between cotton and dairy producers,” said Ronnie Lee, chairman of the Cotton Council. “These actions not only have left cotton producers with no near-term options to help them deal with long-running economic issues, but have harmed the prospects for developing a new farm bill. Without the cottonseed policy in place, the result is that all farm bill stakeholders will be seeking support from an expected smaller overall budget available for the next farm bill.”

But Stabenow does have some significant leverage with Conaway going into the next farm bill, because cotton producers are still likely to be desperate to get into PLC. “Folks are seeing that if they come together in a coalition they get things done, but if they try to pit one commodity against another it usually that means we can’t get something done,” she said.

There’s still a chance that the Trump administration could provide the cotton industry with new assistance. Agriculture Secretary Sonny Perdue will likely be asked to do what his Democratic predecessor, Tom Vilsack, refused to do: Deem cottonseed as eligible for PLC, as an “other oilseed” at the $20.15 reference price. But that would cost more than the budget proposal, and Perdue can’t legally make the changes to STAX and generic base acres that require congressional action.

White House Budget Director Mick Mulvaney, who was a Tea Party supporter when he served in Congress, would almost certainly have to sign off on such a decision by Perdue. When Vilsack was considering the proposal, USDA estimated internally that the PLC payments could cost as much as $1 billion a year. Cottonseed prices have been running in the $10 range recently, half the reference price for other oilseeds, according to the National Agricultural Statistics Service.

Chuck Conner, the president and CEO of the National Council of Farmer Cooperatives, and a veteran of numerous farm bills, said the failure to get the dairy and cotton provisions into the budget agreement is “clearly a complicating factor” for the next farm bill. “Budgets are very, very tight.” Conner continues to argue that farm groups need to pressure congressional leaders to provide more funding for the next farm bill.

The failure of the negotiations has strained relationships on Capitol Hill, including between Leahy and Cochran, according to Peterson. Mary Kay Thatcher, a lobbyist for the American Farm Bureau Federation, fears the acrimony is likely to linger. “I suspect this doesn’t settle until after the farm bill … It’s always hardest when you have a limited budget and everybody is fighting for that last nickel, but usually the fights don’t start quite this early.”