A California farmer’s fight with federal regulators over enforcement of the Clean Water Act is getting attention in the nation’s capital. The chairmen of the House Agriculture and Judiciary committees believe the grower, John Duarte, is unfairly accused of violating the law by tilling along wetlands on his farm to plant wheat.

The two chairmen are sending a letter to Attorney General Jeff Sessions today arguing that the Army Corps of Engineers is ignoring congressional intent by claiming that the producer’s action wasn’t covered by the law’s exemption for plowing and other farming practices. The letter poses a series of questions aimed in part at determining whether a legislative fix is needed.

The case “clearly highlights the need to keep the federal government out of America’s backyards, fields and ditches,” said Agriculture Chairman Mike Conaway, R-Texas. The farmer faces trial this summer and a possible $2.8 million fine.

Perdue: I could have shaped budget. Farmers alarmed by President Trump’s proposed budget cuts can take comfort in this: Agriculture Secretary Sonny Perdue says the budget would have looked different had he had a chance to provide advice.

Perdue, who has only been on the job a month and had no input into the budget, told reporters yesterday he would have “made some suggestions that might have been more pragmatic.”

Perdue was on Capitol Hill the last two days fielding questions about the budget and has largely steered clear of defending specific spending cuts. 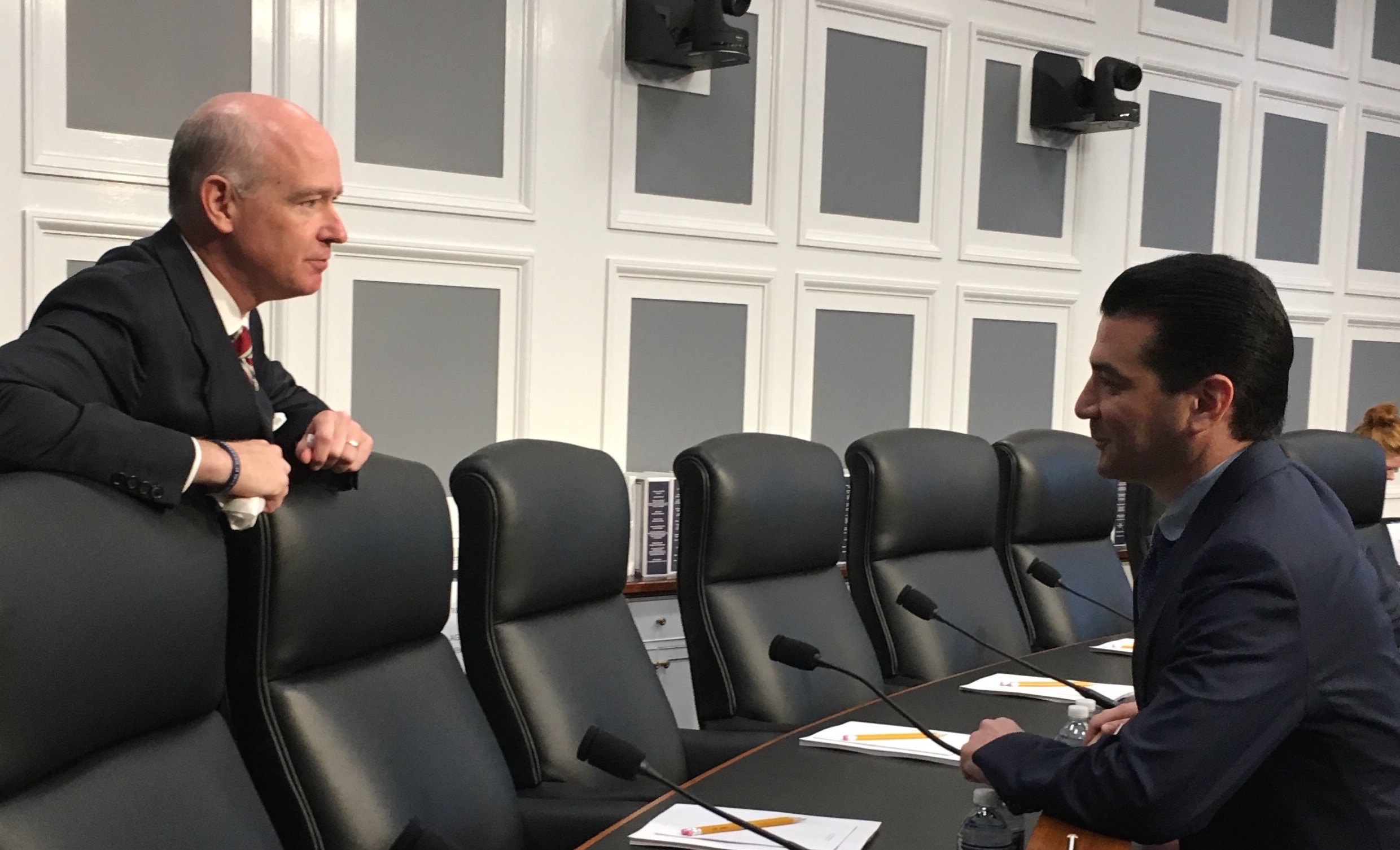 Who knew? FDA’s new commissioner, Scott Gottlieb, is a physician who has made a career as a health policy analyst. But it turns out that he also considers himself something of a farmer.

Gottlieb told a House Appropriations subcommittee yesterday that he produces maple syrup on his property in Connecticut and also keeps seven laying hens. “I’m sympathetic to the concerns of small farms and producers,” he told Rep. Chellie Pingree.

The Maine Democrat had just pressed him on concerns that small farmers have with implementing requirements of the Food Safety Modernization Act. “We’re thrilled to know that you’re an agriculturalist in your spare time,” she told Gottlieb.

Gottlieb pledges food safety focus. Gottlieb has been on the job for less than two weeks and had little substantive to say about the budget or food safety issues during the hearing. But he promised that he would maintain FDA’s focus on food safety issues, which has increased under FSMA, which was enacted in 2011. “There will be no lack of focus by me … I can assure you of that,” he told Rep. Rosa DeLauro, D-Conn.

Gottlieb served as FDA’s deputy commissioner for medical and scientific affairs from 2005 to 2007, a time when he said “food programs were under-resourced and we didn’t have adequate (legal) authorities. Thanks to Congress we do now have much more robust authorities and resources.”

Mnuchin: Biodiesel change makes sense. The biodiesel industry may have an ally in its effort to block biofuel imports from qualifying for the U.S. tax credit. Sen. Chuck Grassley, R-Iowa, pitched Treasury Secretary Steven Mnuchin on the idea at a hearing yesterday. Grassley said ending the use of the credits for imported biodiesel is in line with President Trump’s buy America policy.

Mnuchin agreed. “It sounds like a good plan and we look forward to working with you on the details of that,” he said.

The bigger issue for now is getting the $1-a-gallon tax credit reinstated. It expired at the end of 2016. Grassley is cosponsoring legislation that would convert the expired blender’s credit to a production credit for U.S.-made fuel.

Survey finds smaller bee loss. The latest survey of almost 5,000 beekeepers conducted by the Bee Informed Partnership finds that 21 percent of managed honey bee colonies in the U.S. were lost over the 2016-2017 winter. That’s a decrease of nearly 6 percentage points from the previous winter and well below the 10-year average for colony losses of more than 28 percent during those months.

Dick Rogers, principal scientist and beekeeper for the Bayer Bee Care Program in North America, said the latest results show “there is a reason for optimism.”

But Dennis vanEngelsdorp, a University of Maryland entomologist and project director for the Bee Informed Partnership, said that while the results are encouraging, it’s not necessarily good news.

He noted that there was a 33 percent loss when you look at a full year: April 2016 to March 2017. This is the second lowest rate of annual colony loss recorded over the last seven years, but still represents a sizeable loss for beekeepers. "It's hard to imagine any other agricultural sector being able to stay in business with such consistently high losses," he said.

Ex-beef council employee guilty of fraud. A former employee of the Oklahoma Beef Council who embezzled nearly $2.7 million from the organization has pled guilty to bank fraud and filing a false income tax return.

Melissa Day Morton faces up to 30 years in prison and $1 million in fines on the bank fraud charge and three years in prison, a $250,000 fine and restitution on the tax count.

The beef council administers the beef checkoff program in the state.

The U.S. has shipped 1.5 million tons of corn to Argentina so far this year, nearly double the U.S. import quota.

Argentina is much closer to Peru, but the 2009 U.S.-Peru trade agreement gives American farmers an edge. The over-quota tariff on U.S. corn is just $9 a ton, while Argentine corn faces a duties of $48 a ton.

He said it. “This is kind of like a drought of a budget for them, and they’ll deal with it.” - Agriculture Secretary Sonny Perdue, when asked if the proposed budget would hurt the administration with farmers.