WASHINGTON, May 31, 2017 - There’s a growing concern among some U.S. lawmakers and food manufacturers that they’ll see the price of sugar – and the food it’s made with – go up if the sugar refining industry gets what it is demanding from Mexico.

A group of 51 House members has signed onto a letter to Commerce Secretary Wilbur Ross not to go through with some proposals to regulate Mexican sugar imports. The letter, spearheaded by Reps. Danny Davis, D-Ill., and Charles Dent, D-Pa., urges Ross not to consider raising the floor price for raw and refined sugar and funneling some raw sugar imports directly to specific refiners.

“Our candy makers, food processors and soft drink makers – all these people use great quantities of sugar,” Davis told Agri-Pulse. “Their products – some of it – is practically all sugar. For us and our constituents, if sugar prices are too high to use these products, that’s going to have a negative effect on their businesses. I’ve had candy makers go out of business or move away, which has resulted in a loss of jobs in the area.”

Ten senators, in a separate letter, also urged Ross not to push up prices through a new sugar trade deal with Mexico.

“The suspension agreements between the United States and Mexico impose a price floor on imported sugar that is significantly higher than the guaranteed price for domestic sugar,” the senators wrote. “While this policy benefits U.S. sugar growers and refiners, it harms American consumers, who are forced to pay higher prices at the grocery store.”

The U.S. and Mexico have been in talks for months, trying to renegotiate a “suspension agreement” that limits Mexican sugar exports to the U.S. in return for the U.S. not imposing steep antidumping and countervailing duties on Mexican sugar.

Under the current suspension agreement, Mexico is allowed to export up to 53 percent of its sugar as refined product, but U.S. refiners have accused the country of going beyond that limit. So, the U.S. is now demanding that the limit on refined sugar be lowered to just 15 percent, with the remaining 85 percent mandated to be raw. 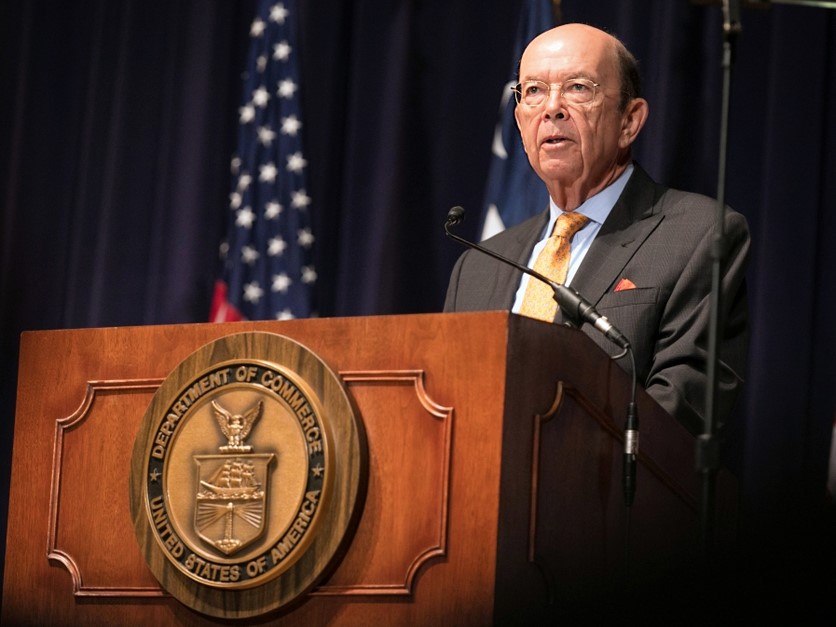 On May 1, U.S. Commerce Secretary Wilbur Ross announced that the talks had failed and the two countries were at an impasse. He also said that if an agreement was not reached by June 5, the U.S. would activate the duties, essentially cutting off sugar trade with Mexico.

That would be a big mistake, the lawmakers and food industry argue, but so would a new suspension agreement that only takes into account the needs of the U.S. sugar sector and not the food industry.

U.S. sugar refiners, most of whom are represented by the American Sugar Alliance, have not released details of their proposals for what they would like to see in the new suspension agreement, but representatives of the U.S. sugar-using companies say that they and the lawmakers who wrote the letter have seen the details.

The lawmakers stressed that while they understand the desire of refiners to see more imports be in the form of raw sugar as opposed to refined, they are strongly opposed to other proposals.

“While a higher level of raw sugar should be required in the agreements, this must be done without the government picking winners and losers among private companies, so an improved set of agreements should ensure fair competition and not effectively limit shipments to only certain cane refineries,” they said in the letter. “The 2014 farm bill established price support levels for both raw and refined sugar, and Congress has taken no action to authorize the

The proposals the lawmakers are talking about in the letter originated from U.S. refiners, according to food and candy processing sources. A spokesperson for the American Sugar Alliance said the group was unable to comment. A spokesman for the U.S. Commerce Department declined to discuss details.

“The details of the discussions between Commerce and the Mexican government and industry are not public, but Secretary Ross remains hopeful that a negotiated solution can be reached,” the spokesman said.

Davis and the other lawmakers told Ross that they strongly urge him to “consult with, and take into account the interests of, the companies that make food products and beverages using sugar. … These bilateral negotiations should not be an excuse for the U.S. sugar lobby to extract yet more benefits from its customers through market manipulation that flies in the face of open and fair competition.”

Separately, food industry sources say they are worried that Commerce is considering a proposal to decrease the mandatory polarity (or purity) level of sugar imports from Mexico. That level is now set at 99.5 percent, but if it were lowered to a proposed 99.2 percent, that would make it hard for Mexico to comply with.

What it would do is assure that the sugar coming in from Mexico would need to be refined and thus provide business for U.S. refiners. Sugar that is already refined or even partially refined can often bypass refineries and go straight to food manufacturers.

“The reason the (suspension agreement) came to renegotiation was that the traditional sugar refiners were getting insufficient raw sugar to operate their plants sufficiently,” a food and candy industry representative said. “It is the belief of the lawmakers who signed that letter that much of what’s on the (negotiating) table has nothing to do with the original problem.”