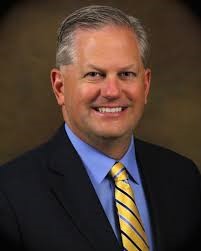 Support for the legislation is offered by industry and environmental advocates who laud its positive impacts on the environment, public health, and local job creation. They say the alternative fuel reduces total greenhouse gas emissions by more than 50 percent compared to petroleum. In October 2012, New York City instituted a citywide 2 percent biodiesel requirement which expands to a 5 percent requirement this year.

“The adoption of a 5 percent minimum biofuel blending requirement for all heating oil sold in Downstate New York area heralds a new day for our industry,” said Kevin Rooney, CEO, Oil Heat Institute of Long Island. “Our goal for the past four years has been to establish ULS-B5 as a uniform standard for cleanliness, efficiency, and environmental compatibility for the heating oil industry, and with the Governor’s expected signature, this goal will soon become a reality.”

The fuel uses a blend of resources such as recycled cooking oil, soybean oil and animal fats. Biodiesel is produced in nearly every state in the nation and supports more than 64,000 jobs nationwide.