NEVADA, June 28, 2017 - Nevada has rejoined the growing list of states expanding their support for renewable energy and for using battery energy storage to make renewable energy even more attractive.

To help boost renewables, Nevada Gov. Brian Sandoval earlier this month signed Assembly Bill 405, the “Net Metering/Solar Bill of Rights,” saying that he is “proud to support net metering legislation and policies that will make Nevada a leader in rooftop solar.” He said the bill “will encourage thousands more Nevadans to install rooftop solar on their homes and deliver excess power back to the grid at retail rates” and that it will “promote more clean energy and jobs in Nevada.”

Sandoval also signed Senate Bill 204, which he said “for the first time adopts energy storage as part of Nevada’s clean energy future.” He predicted that “enactment of this legislation will put Nevada even further ahead of other states with regard to our energy policies.”

The governor, however, unexpectedly vetoed Nevada’s popular new Renewable Portfolio Standard (RPS) passed by legislators, which would have raised the state’s renewable energy requirement from 25 percent by 2025 to 40 percent by 2030.

In his veto message, Sandoval said he shares “the goal of making Nevada the clean energy capital of the world” and that “clean energy is a major part of our nation’s energy future.” But he said that it would be “premature” to increase the RPS this year when voters will be deciding major energy policy changes for the state next year. For the same reason, he vetoed community solar legislation that would have enabled low-income communities to benefit from net metering.

A key ingredient of Nevada’s commitment to renewable energy is calling for utilities to use battery energy storage (BES) to meet RPS requirements. This new focus will make Nevada only the fourth state, along with California, New Jersey and Maryland, to combine battery storage incentives with renewable electricity requirements. But experts predict more states will incorporate storage as soon as word spreads that BES “isn’t just for backup anymore.” 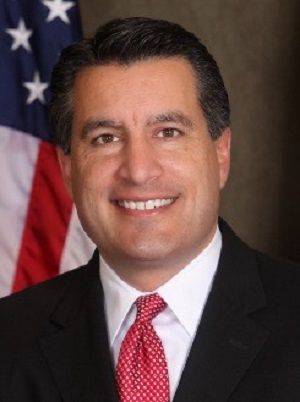 Back-up battery power has high value since major corporations report their downtime losses from power failures can top $1 million per hour. Now a Honeywell report, “When Battery Energy Storage Supports Multiple Uses, ROI Soars,” lists many other benefits besides return on investment. Southern California Edison Senior VP Jim Kelly highlights the need for the many benefits of storage by pointing out that “if we tried to get higher amounts of wind and solar on the grid, eventually it would break unless we had energy storage.”

The Honeywell report points out that BES provides a broad range of benefits not only for consumers but for utilities, transmission services, and grid reliability. These potential but often unused benefits include: balancing generation and demand by shifting mid-day solar power to evening peak demand, smoothing intermittent wind and solar generation, reducing transmission grid construction needs, improving existing transmission and distribution services, reducing the need for peak-time generation, and making the grid “more secure, reliable, and responsive.”

The report notes that the greatest value from battery storage “stems from its fast-acting response to grid conditions” and that “a storage system can respond as much as 100 times faster to grid operator signals than power turbine generators.” End-use residential and commercial customers benefit as well because “storage can be charged with low-priced energy and discharged when energy prices are high.”

As recognized by the existing storage provisions in the four leading storage states and by similar measures likely to be approved soon in Hawaii and Massachusetts, battery storage is becoming one more renewable energy option along with wind, solar, biomass and other sources.

One reason for storage’s recent ascent is that battery costs continue to fall. Once considered an expensive back-up system to cope with power failures and demand surges, storage instead has become a multi-functional system with benefits that generate new revenue streams. In addition, with more companies eager to locate in states that support renewables, storage can benefit an entire state’s economy by increasing the use of renewables in ways that attract new industry and new jobs to the state.

As experience with and knowledge about the benefits of BES multiply, installations are up sharply. The U.S. Energy Storage Monitor Q2 2017 report released earlier in June by GTM Research and the Energy Storage Association finds that the storage industry has set new records and is on track for continuing rapid growth. For the first quarter of 2017, the 71 megawatts (MW) deployed was a 276 percent increase over the same period a year earlier, although down 50 percent from the fourth quarter of 2016.

The report notes that the first quarter of each year generally sees smaller megawatt deployment after an active fourth quarter. Behind-the-meter deployments decreased 22 percent while the non-residential segment fell 26 percent largely due to market players waiting for the next phase of California’s Self-Generation Incentive Program. 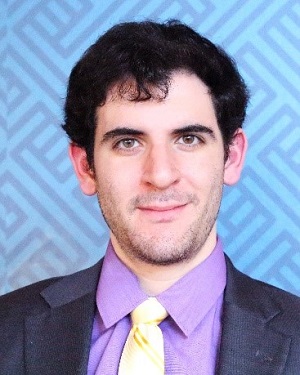 GTM Research energy storage analyst Brett Simon tells Agri-Pulse that the reason megawatt-hour growth in actual delivered energy is far outpacing rapid megawatt growth in generating capacity is because a fundamental shift has transformed the U.S. energy storage market over the past year. Previously, he says, “the frequency regulation market offered a significant opportunity for short duration storage.” With discharge durations of 30 minutes or less, he says, “generally for every MW that the system had, it would have 0.5 MWh or less.” Today’s recognition of storage’s multiple benefits results in available capacity in megawatts being used for longer periods, multiplying megawatt hours.

Simon says that with market saturation and changing rules, “we’ve seen a shift to longer duration utility-scale storage projects, many of which have discharge durations of four hours.” He adds that “In California, the Aliso Canyon natural gas leak led to the procurement of over 100 MW of storage projects, most of which are four-hour duration projects.”

Simon expects further acceleration for storage thanks to a number of pending changes. He says a major factor is that the Federal Energy Regulatory Commission (FERC) issued a Notice of Proposed Rulemaking last year directing the ISOs (Independent System Operators) and RTOs (Regional Transmission Organizations) that manage grid transmission “to remove barriers for the participation of storage in wholesale markets . . . spurring greater deployment.” 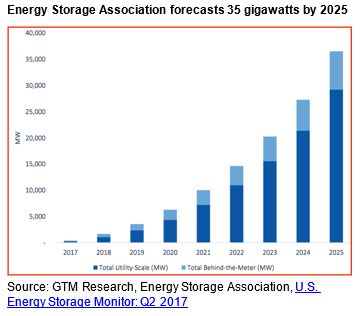 Despite Trump administration orders rolling back federal support for renewables, Simon points out that the administration has promised to implement a $1 trillion dollar infrastructure plan. He says that upgrading the nation’s aging electric grid “could be an infrastructure priority and storage offers a technology that can cost-effectively displace traditional grid upgrades and provide necessary services for a modern electric grid.”

With or without federal support for storage, Simon expects that “it will be states and municipalities that lead in the coming years” by providing “more and more policy support for storage…from incentives, to mandates, to future reliability planning.”

Energy Storage Association Executive Director Matt Roberts is equally upbeat. Citing lower costs, market and regulatory reforms, and increasing recognition of the diverse value of storing energy, Roberts predicts that “Electrification will fundamentally transform the entire power sector, and this confluence of forces is putting us on a path to deploy more than 35 gigawatts of energy storage by 2025.”