WASHINGTON, July 26, 2017 - For those wondering why the proposal to withdraw the WOTUS rule, which was announced June 27, has not appeared officially in the Federal Register, here’s your answer: Formatting.

EPA sent the prepublication version of the proposed rule to the Office of the Federal Register (OFR) June 28 but it hasn’t been published in the FR yet, which would kick off a public comment period and get the ball rolling towards a WOTUS revision, a top priority of the Trump administration.

Don Parrish, senior director for regulatory relations at the American Farm Bureau Federation, says, “I don’t understand it fully, but I know that it’s the format. It’s the way it looks on the page.”

Asked for comment a few times over the last month, the Environmental Protection Agency has offered the same answer each time: “EPA sent the proposed rule to the Office of the Federal Register for publication the day after it was signed. Publication timing depends on a range of factors such as formatting, the complexity of the content (i.e., charts, tables, graphs), among others.”

Content and formatting is addressed in the OFR’s Document Drafting Handbook (DDH), a 228-page guide to help federal agencies prepare their Federal Register notices for publication. The DDH was revised June 21.

EPA takes it on the chin at House Ag hearing
It’s complicated: Why ASA’s board booted CEO Ryan Findlay after only 28 months on the job
Regs on the horizon in 2023: PFAS, WOTUS and more 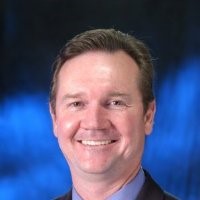 Parrish blames the OFR’s “bureaucratic” requirements and says the delay “has created some real consternation.” (The OFR would not comment on the matter.)

Meanwhile, EPA Administrator Scott Pruitt traveled to South Carolina this week to discuss the WOTUS repeal, which EPA said would “help return power back to the states and provide regulatory certainty to farmers, landowners, and ranchers across the country.”