WASHINGTON, Sept. 20, 2017 – If you don’t think the folks at Jim Beam and Jack Daniel’s have a stake in the current efforts to renegotiate the North American Free Trade Agreement, you’d be very wrong.

The distilled spirits industry in the U.S., which uses about 150 billion pounds of grain per year to make everything from Kentucky bourbon to Utah vodka to Iowa rum, has seen exports increase by about 570 percent over the past 25 years, and much of that success is directly tied to NAFTA, according to Christine LoCascio, a senior vice president for the Distilled Spirits Council of the United States.

Similar to U.S. pork, poultry, rice and corn farmers, U.S. makers of whiskey and bourbon saw Mexico and Canada completely lift all tariffs when NAFTA was implemented. Similarly, those tariffs could come back even quicker for grain and grain-based alcohol if efforts to renegotiate the three-country trade pact fail.

“Canada is our number-one export market,” LoCascio said at a recent event hosted by the Washington International Trade Association to highlight the importance of NAFTA to the ag sector. “Exports in 2016 were $191 million and Mexico is our 10th largest market. So when we talk about an opportunity to modernize NAFTA, we pretty much agree with the mantra of 'first, do no harm.’” 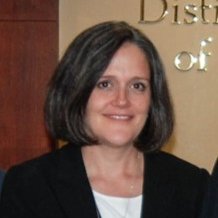 The U.S. is at a disadvantage in the ongoing negotiations demanded by the Trump administration to overhaul the 23-year-old pact and reduce the overall U.S. trade deficit with Mexico and Canada. While those two countries lifted their tariffs on U.S. distilled spirits as part of the original NAFTA deal, the U.S. had already got rid of its tariffs on spirits from Mexico and Canada as part of its World Trade Organization obligations. That means if NAFTA is dissolved, Mexico and Canada could impose tariffs, but U.S. levies would have to stay at zero.

“Our exports have increased from $278 million in 1990 to over $1.4 billion last year, and clearly NAFTA has been an important part (of that growth) and a success story,” LoCascio said.

Protecting tariff-free trade with Canada and Mexico and keeping in place the name protections – technically referred to as "distinctive product recognition" – are the primary goals of the industry, but producers are also hoping to gain something out of the new negotiations.

US meat industry, Mexico may be on same page in NAFTA talks
NAFTA talks break off between the US and Canada

“We’re also looking forward to opportunities to improve (NAFTA),” LoCascio said. “With regard to distinctive products, one new category that we are urging to be recognized – and this is the opportunity to do that – is the category called American rye whiskey.”

Ten years ago there were just a handful of American rye whiskies being made in the U.S., but now there are more than a hundred as smaller, artisanal distilleries continue to pop up.

“This is a concrete example of something that we see as an opportunity to improve the protection for American spirits,” she said.

Darci Vetter, diplomat in residence at the University of Nebraska’s Clayton Yeutter Institute of International Trade and Finance, said it’s understandable why the ag sector is defensive when it comes to protecting gains under NAFTA, but also stressed there are ways to improve the pact.

“Do no harm – a status quo agenda – does not recognize that there are some opportunities in agriculture to make this agreement better,” said Vetter, who served both as the USTR chief agricultural negotiator and deputy under secretary for USDA’s Farm and Foreign Agricultural Services during the Obama administration.