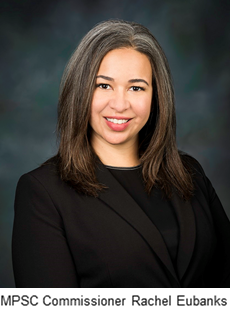 MICHIGAN, September 27, 2017 - The Michigan Public Service Commission (MPSC) approved Consumers Energy Co. proposal to buy out Entergy Nuclear Palisades, LLC for just over $142 million. Consumers had originally sought over $184 million when it filed its financing application with the commission in February.

“The Commission, based on its statutory authorization to approve a special form of bond financing known as securitization, is granting Consumers Energy’s application to recover a payment to Entergy but at a lower amount than requested,” said Sally Talberg, chairman at MPSC. “Consumers Energy and Entergy will need to make a decision whether to accept these conditions and proceed with their plan to terminate the power purchase agreement.”

If an agreement is reached, Entergy will have the final say as to whether it will close the nuclear plant in Van Buren County’s Covert Township. That closure could come as soon as October 2018, according to Entergy. The MPSC said Consumers would be allowed to recover the $142.1 million through surcharges on full-service electric customers’ bills for approximately six years after the bonds are sold, which Consumers anticipates will be in June 2018. The Palisades contract was originally scheduled to expire in 2022.

The Commission advised Consumers to quickly secure electrical capacity to replace the 800 megawatts of power it gets through its Palisades contract. Consumers has said it will replace the power by increasing energy waste reduction, boosting commercial and industrial demand response efforts, accelerating expansion of its Cross Winds Energy Park, continuing to operate its older generation plants to supply power during high customer demand periods, increasing capacity at the Filer City plant, and buying an existing natural gas plant.

If the plant were to close, shutting down the nuclear systems and storage of the fuel would be overseen by the federal Nuclear Regulatory Commission. Entergy will be responsible for site remediation and storing nuclear fuel.