Biofuels backers scrambling to adjust to barrage of EPA action

WASHINGTON, Oct. 4, 2017 – Looking back on statements made during the nomination process for EPA Administrator Scott Pruitt offers a stark contrast to comments made in the last week as the agency laid the groundwork to potentially reduce biofuel blending levels under the Renewable Fuel Standard.

Sen. Chuck Grassley, R-Iowa, presents an interesting case study. In January, he attended a meeting with Pruitt – then President Donald Trump’s nominee to lead the EPA – and a handful of other Midwestern senators. They were concerned about Pruitt’s views on the RFS, given the legal action he took against it as Oklahoma Attorney General, but seemed to have left satisfied.

“We got a very positive response on Mr. Pruitt’s support, not just for the RFS but more importantly, for the rule of law,” Grassley said at the time in a statement. “We got a positive comment that the law’s going to be followed, and that’s very, very important.” 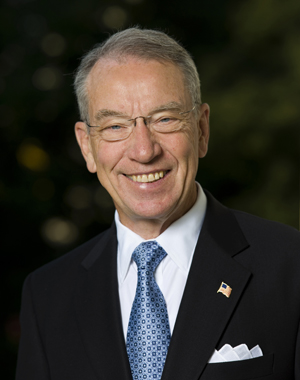 Last week, after EPA announced a Notice of Data Availability that invited comment on “potential options for reductions in the 2018 biomass-based diesel, advanced biofuel, and total renewable fuel volumes, and/or the 2019 biomass-based diesel volume” under the RFS, Grassley’s tone took a turn. In a speech on the Senate floor, he called the EPA’s approach “outrageous.”

“This seems like a bait and switch from the EPA’s prior proposal and from assurances from President Trump himself and from those cabinet secretaries who came to my offices to assure us of their support for the RFS,” Grassley said. “This all gives me the strong suspicion that big oil companies and big oil refineries are prevailing once again in this Trump EPA like they did in the Obama administration, despite assurances to the contrary that I have received.”

Now, lawmakers on Capitol Hill and supporters across the country are going on the offensive. Grassley and Sen. Amy Klobuchar, D-Minn., circulated a letter this last week on the subject. That letter is expected to be released this week after being signed by more than 20 senators. Separately from Capitol Hill, 11 organizations sent a letter of their own to Trump voicing their displeasure with the events of the week.

The activity on and off Capitol Hill also comes as the Senate Environment and Public Works Committee is set to consider a number of nominees to be assistant administrators at the EPA, including Bill Wehrum, Trump’s pick to lead EPA’s Office of Air and Radiation.

Emily Skor, CEO of Growth Energy, tells Agri-Pulse that Wehrum “should expect some tough questions” from biofuels champions on the committee.

“I would imagine they will ask questions until they get satisfactory answers,” she said, specifically expecting action from Sens. Joni Ernst, R-Iowa; Deb Fischer, R-Neb.; and Tammy Duckworth, D-Ill.

Ernst said in an interview with Agri-Pulse that she and others “will continue pushing” Pruitt to follow through on his pledged support of upholding the RFS.

“We’re going to hold Scott Pruitt’s feet to the fire,” she said. “During our time questioning, getting ready for his nomination, he had reinforced to me multiple times and to other senators that he would follow the intent of the law, and we’re going to hold him to that.” 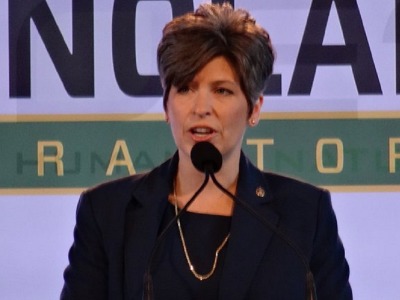 Skor said the groups haven’t had a chance to meet with Pruitt in the last week, but have maintained a dialogue with the agency. Grassley, on the other hand, is scheduled to meet with Pruitt on Oct. 17. According to Grassley’s office, that meeting was arranged after the senator spoke on the phone last week with Trump, leading to the President asking Pruitt to meet with Grassley.

At the heart of all this is whether lawmakers and supporters can still trust the words and assurances Pruitt offered as a nominee. Before he was confirmed, the biofuels community was looking forward to a nominee who would “follow the law” on the RFS, presumably leading to statutory blending levels from the agency. Now, they’re trying to understand Pruitt’s playbook.

“I want to understand why. Why are these things taking place?” Skor said, saying she hoped the EPA and the White House understand the changes being floated “will have a very negative and concrete impact on the production of biofuels.”

“Some of these proposed changes are very inconsistent with the law,” she said. “If you have an administrator that said ‘I’m going to follow the law,’ I want to better understand" what has changed, she said.