Americans have been dying and losing their houses this fall in forest fires. The blazes have already charred almost 800,000 acres of Oregon and Washington forest this year, 55 percent more than last year’s total, according to a U.S. Forest Service tally. In California, more than 880,000 acres have burned, or 57 percent more than in 2016.

So, America’s West edge needs water from the sky badly, despite an abundance of rain and snow last fall and winter, including record amounts in Northern California and the Sierra Nevada range that filled reservoirs and recharged aquifers, relieving California’s long drought.

Some measure of relief is likely on the way. The National Weather Service’s three-month outlook suggests the Pacific Northwest is on tap for above average rainfall. What’s more, the first heavy snowfalls arrived early in the Rocky Mountain region, a down payment on next year’s water for the Colorado and Columbia river systems, which serve the West Coast through winter.

For California’s Sierra range, “Right now, we would not be surprised to see a good snowpack,” said Elwynn Taylor, climatologist and meteorologist at Iowa State University.

Odds are 55 to 60 percent for La Niña conditions for the fall and winter, the CPC advises. “When you have a La Niña. Taylor says, “it will tend to reduce . . . a wet season in California,” making the climate wetter to the north and “dryer, if anything, to the south, as we look at the West Coast.”

For the Pacific Northwest, Taylor says there is further suggestion of rain in a current Northern Pacific anomaly, which features warm ocean surface temperatures far north of the equator. That condition will foster fall and winter rain in Oregon, Washington and western Canada, he expects.

However, while most of the West Coast may enjoy a wet winter, the arid southern portions that got only modest precipitation last winter and the region’s aquifers will need a substantial recharge following the heavy drawdowns during California’s drought. That’s according to Jay Lund, director of the Center for Watershed Sciences at the University of California-Davis. 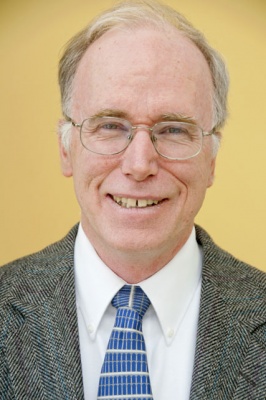 Noting the past year’s record precipitation in the northern half of his state, Lund said groundwater in the Sacramento Valley there “has pretty much recovered.” And in the mid-state and many coastal areas, “most of the aquifers are quite a bit shallower and they weren’t so deeply depleted,” so last winter’s rain helps them recover.

“The major problem,” Lund says, “is in the San Joaquin and Tulare basins, where you have a long history of overdraft for many decades. Then a drought comes on top of that, plus they are among the driest parts of the state with very high water demand. So it’s hard to get extra water down (into the aquifers).” He believes rains early this year did help some aquifers, “but there is a long way to go.”

Much of California’s forests also need rain badly for a recovery. “Despite the record-setting precipitation last winter, some trees were just too weakened by the drought and are still succumbing to beetles or drought stress,” said Stephanie Gomes, a tree mortality team leader for the U.S. Forest Service. So, after an estimate of more than 60 million trees succumbing last year, “we will see an increase in statewide tree mortality numbers,” she said.