The citrus industry in Texas is expected to lose hundreds of millions of dollars due to last week’s winter storm but other sectors like dairy and wheat say it may take weeks before economic impacts are fully known.

Last week, several rounds of snow and ice battered the plains, Midwest, and South on top of extreme cold temperatures that broke records.

Using the National Centers for Environmental Information database, the National Weather Service says some 30% of available locations set cold maximum records with 20% setting minimum records. NWS analyzed temperatures ranging from nearly 40 to 50 degrees below average for most of the central and southern plains.

In Texas, temperatures are warming back up and power is coming back on for most residents, but now they have to deal with not having enough water to drink, or flooding in their homes due to cracked pipes.

Texas Agriculture Commissioner Sid Miller, who is dealing with flooding himself, told Agri-Pulse problems for the agriculture and food sectors are ongoing.

“The sun may be out here in Texas, but the problem has not gone away, we’re going to be here for several more days,” Miller said. “We’re going to have a huge surplus of chickens, cattle, and milk.”

He said grocery store shelves are still empty, people are out of food, cattle feedlots have been backed up, packing houses are shut down, and the state’s citrus crop is ruined. 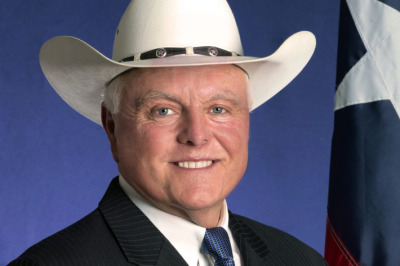 Dale Murden, president of Texas Citrus Mutual, said it’s looking like the industry has lost the entire remainder of this year’s crop.

“We had about probably 55% of the grapefruit remaining and almost 100% of our late orange crop. We haven’t even really started our late oranges yet,” he told Agri-Pulse. The state ranks third in the nation in citrus production behind only California and Florida; the sector's total economic output to Texas’ economy is $470 million.

Murden said part of next year’s crop has been damaged too, but the big unknown for the industry at this point is how much tree damage has occurred.

“It could take a couple of weeks to really fully understand that, but if we have to go in and cut a large portion of our tree back that’s died from freeze damage, then we’ve hurt next year’s crop even more significantly,” he noted. Murden said crop loss alone looks to be around $310 million, not including tree loss.

That estimate includes the $85 million worth of grapefruit and oranges that were still on trees. The damage to blooming trees will cost another $220 million. Murden said they will begin to evaluate tree loss in the coming weeks.

While noting these are only preliminary numbers, Darren Turley, executive director of the Texas Association of Dairymen, said producers have dumped over 9 million gallons of milk due to the storm.

“I do not have loss numbers from the plants, but the loss of milk at $3 per gallon, at the consumer level, is over $27 million alone,” Turley said in an email to Agri-Pulse. He said producers have not had much loss except in the loss of sales with most of the processing being shut down, but official numbers are still being compiled as plants are coming back on line.

According to the association, milk produced in Texas in 2018 showed an estimated value of almost $2 billion, which is 7.86% of the total value of all Texas agriculture commodity production.

Texas Wheat Producers spokeswoman Darby Campsey told Agri-Pulse the industry does not have hard numbers on damage to the wheat crop or the economic impact of the recent winter storm at this time. "I don’t expect to have reliable information for at least another week as fields are scouted," she said. But Campsey did say the current wheat crop ratings in Texas are 7% excellent, 23% good, 39% fair, 19% poor and 12% very poor. "This is only a slight decrease in overall conditions from last week and similar to conditions at this time in 2020," she noted.

Derrell Peel, a livestock marketing specialist at Oklahoma State University, said producers who are not used to this type of weather had to work continuously to provide animals access to feed, water, and high-quality hay.

“With medium to low quality hay, they can’t eat enough, so you have to provide some additional supplementation,” Peel noted.

Some producers are also calving, and he suspected some lost a few calves to the cold. Livestock markets across the state were also shut down most of the week.

“We’re going to see some bunching here in the next two to three-four weeks that may have some minor impacts on a week-to-week basis in some of these markets,” Peel said.

Peel does not expect these challenges to translate into increased costs for the consumer at the retail level but said wholesale value and timing will be affected. 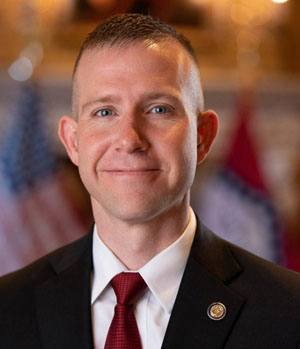 In Arkansas, Secretary of Agriculture Wes Ward said poultry and cattle producers are coming through as best as they can.

“On the poultry processing side, we’ve seen some shifts that have had to close or push back. We’ve seen some poultry houses that have collapsed. We’ve seen barns collapse from the weight of the snow,” Ward told Agri-Pulse. Cattle producers have lost calves and one producer died while trying to save a calf from an icy pond, he said.

Ward and Miller said they would be talking with their governors about requesting disaster assistance at the federal level. But a former chief of staff for Sen. John Hoeven, R-N.D., said the past has shown it could take some time for producers to get assistance.

“If Congress steps in, which they may have to on a disaster this big, it could be a little while for those farmers and ranchers to see a complete disaster support mechanism in place,” Ryan Bernstein, senior vice president at McGuireWoods, told Agri-Pulse. McGuireWoods is a consulting firm where Bernstein handles agriculture and energy.

Bernstein suspects there likely will be a push to see what more Congress can do.