Will more data be available on off-label drug uses?

WASHINGTON, Nov. 1, 2017 – Owners of commercially minor livestock species – such as buffalo, goats, geese and ducks – may gain freer access to much more information on health care products for the critters under their care.

Food and Drug Administration regulations have long prohibited drug makers and distributors from advertising, or even providing veterinarians, any information on effective extra-label uses of animal medications. Extra-label (also called “off-label") uses are any that are not specifically listed on the product label for the species to be treated.

FDA regs mince no words: “Nothing in this part shall be construed as permitting the advertising or promotion of extra-label uses in animals of approved new animal drugs or approved human drugs.” 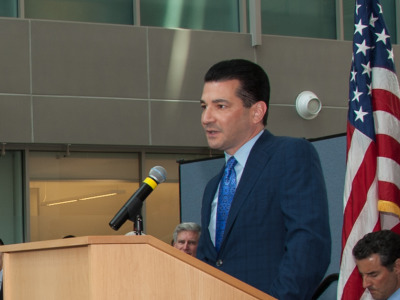 But the current administration has declared its intent to loosen unneeded regulatory shackles that hurt businesses. Note, too, that Scott Gottlieb, a physician named FDA commissioner earlier this year, favors relaxing the hard ban against drug makers sharing accurate information about off-label uses.

He has written that “those who pursue a rigid adherence to restrictions on the exchange of off-label information, and who fail to recognize that the sharing of scientific evidence can sometimes have important public health benefits . . . (lose) sight of the fact that . . . labels are slow to incorporate important medical results about the effectiveness of medical products.”

In fact, on the human medicine side, FDA recently proposed a guidance easing its ban against pharmaceutical companies informing doctors about extra-label uses, and wants to remove the restriction where research findings and medical journal articles are concerned.

When contacted by Agri-Pulse, representatives of major commercial livestock species – cattle, swine, chickens, and turkeys – expressed virtually no interest in the topic of improved communications about extra-label drug uses.

Not so, though, for those who care for lesser livestock species – for which pharmaceutical companies label almost no medications because the testing and other costs of including such species on a label is prohibitively high.

Indiana-based Maple Leaf Farms has raised ducks for half a century but faces the same kind of challenge as other producers of minor-species livestock: virtually no medications labeled for ducks. Regulations do allow veterinarians wide breadth, however, to substitute drugs off-label when they’re found to be effective for closely related species. Vets very often do so.

Janelle Deatsman, the company’s communications director, notes that licensed veterinarians prescribe all antibiotic uses at Maple Leaf Farms and employ only products that FDA has approved for other species of fowl. Thus, the company wants to see helpful information available on extra-label applications.

Even though FDA’s recent move stops short of covering animal drugs, Deatsman noted that “our company supports the proposed draft guidance regarding off-label use of FDA-approved medications as an avenue to help with the freer flow of accurate information” on extra-label uses.

There are also virtually no FDA-blessed medications labeled for bison, and Dave Carter, National Bison Association executive director, says, “We would fully support loosening provisions that would give our producers more access to (information on extra-label) medications.”

So, yes, he said, “we’d like to have more information out there available to our producers on alternatives” to care for bison as needed. But he said he doesn’t want to see a flood of advertising from drug companies on off-label uses. “We want scientific information, not marketing materials,” Carter said.

FDA declined to comment to Agri-Pulse directly on plans Gottlieb may have on allowing more promotion of off-label uses of animal medications. An agency spokesperson replied that FDA “is currently evaluating its rules and policies regarding manufacturer communications of unapproved uses for approved or cleared medical products. We recognize that there is a high level of interest regarding FDA’s views on manufacturer communications about medical products” and FDA may take “actions as appropriate to clarify the agency’s thinking on these issues.”

In a related move, FDA has proposed building a special online index listing uses of animal drugs that haven’t been formally approved by FDA but still have proven useful and available to treat minor species -- mostly pets, ornamental fish and other nonfood species.