Mexican grain buyers haven’t given up on the US … yet

WASHINGTON, Oct. 25, 2017 – For all the talk of Mexico ditching U.S. corn, soybeans and rice, there hasn’t yet been a major shift despite the faltering efforts to renegotiate the North American Free Trade Agreement.

It’s become increasingly clear that Mexican importers are looking to South America and elsewhere for supply options if efforts to rewrite NAFTA fail and the U.S. abandons the current trade pact, but U.S.-Mexican trade remains robust.

“We have seen crushers in Mexico make purchases from South American buyers, but it’s not accurate to say that those purchases are because of fallout from NAFTA negotiations,” said Patrick Delaney, a spokesman for the American Soybean Association. “It’s still accurate to say that our primary concern is not current lost sales … but rather the potential for broad-based market share loss if we pull out of NAFTA.”

If the ongoing renegotiation talks are scrapped and the U.S. withdraws from the 23-year-old trade pact, pre-NAFTA tariffs are expected to snap back in place and push up the cost of buying U.S. farm commodities. If that happens, countries like Brazil and Argentina become much more attractive to Mexican importers.

Mexico has been buying corn from Brazil this year, but not much more than normal, U.S. Grains Council President Tom Sleight told Agri-Pulse. Those purchases from South American vendors have sparked concern because of NAFTA’s precarious situation, but shipping manifests for Mexico’s imports show the vast majority of deliveries are still from “Estados Unidos de America.” 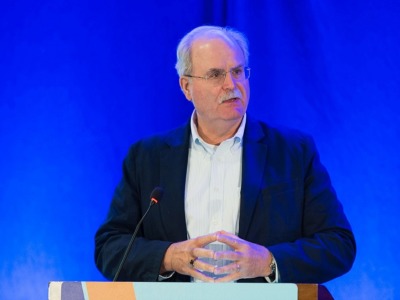 A September snapshot of Mexico’s corn imports shows three deliveries of corn from Brazil and one from Argentina that total about 142,000 metric tons, according to data provided by USGC. In contrast, there were 12 shipments from the U.S., delivering 1.5 million tons.

“Mexico is the number-one market for corn this year,” Sleight said. “The final figures were just released and Mexico came into the number-one spot again for the full marketing year for corn.”

Mexican feed companies and other grain and soybean importers want to keep buying from U.S. suppliers, but it is getting harder and harder not to increase purchases from South America as Mexico’s relationship with the U.S. frays and uncertainty increases over the future of NAFTA, said Bosco de la Vega, president of Mexico’s largest farm organization.

Mexican government officials are pushing for “diversification” when it comes to sourcing grain imports, de la Vega said in a recent meeting with U.S. reporters, but so far there has been resistance.

“The position of the Mexican private sector is to wait and see what happens in NAFTA and then afterwards start looking for alternatives … if the U.S. pulls out,” he said.

But the threat of the U.S. pulling out seems to be growing. President Donald Trump has threatened to end the talks with Mexico and Canada several times, and U.S. Trade Representative Robert Lighthizer told reporters last week that the talks were not going well.

“The threat of Mexico turning to other suppliers is higher than it was a year ago because of the uncertainty that surrounds our relationship under NAFTA,” USGC spokeswoman Melissa George Kessler said. “The next few months will be telling, and we are watching the negotiations and our customers’ approaches closely.”

Ukraine makes headway on grain exports, but no deal announced yet on main ports
Mexican potato farmers vow to keep up fight against US imports
US lawmakers support threat of duties on Mexican sugar

U.S. corn and soybean farmers aren’t the only ones concerned. Mexico is the largest market for U.S. rice, but the Mexican government has made recent moves to test the waters for shifting purchases to Vietnam, an international powerhouse for rice exports, and other countries like Thailand.

On March 1, Mexico opened up a 150,000-metric-ton tariff rate quota for rice imports from countries with which Mexico has no free trade agreement. Under that TRQ, Vietnam and Thailand would not have to pay the 20 percent tariff that normally keeps them out of the Mexican market.

“They’re lining up their alternative sources, but they’re not using them yet,” said a spokesman for the USA Rice Federation.

Maintaining foreign markets for U.S. farmers amid growing global competition is a priority for groups like the USGC, ASA and the Rice Federation, but the Trump administration continues to assert that reducing overall trade deficits – like the one with Mexico – is its primary objective.

“NAFTA has resulted in a huge trade deficit for the United States and has cost us tens of thousands of manufacturing jobs,” Lighthizer said last week after the conclusion of the fourth round of talks in Arlington, Virginia. “The agreement has become very lopsided and needs to be rebalanced. We of course have a $500 billion trade deficit. So for us, trade deficits do matter. And we intend to reduce them.”

The majority of that deficit is generated by automobile imports from Mexico. Trump and Lighthizer have both expressed frustration over U.S. companies moving plants south of the border and shipping the finished products to the U.S. 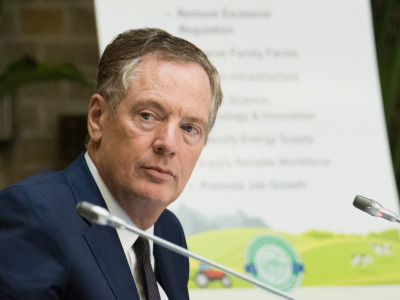 “As difficult as this has been, we have seen no indication that our partners are willing to make any changes that will result in a rebalancing and a reduction in these huge trade deficits,” Lighthizer said of Mexico and Canada.

And if that trade relationship cannot be rebalanced, Lighthizer told reporters, he will be OK with a dissolution of the trade pact.

“If we end up not having a trade agreement, my guess is all three countries will do just fine,” he said.

The U.S. ag sector, which sold about $18 billion worth of farm commodities to Mexico last year, would likely disagree.

“Mexico and the U.S. feed-grain interests have been partners in progress since 1981,” Sleight said. “Our biggest goal is to get back to business as usual with our partners in the livestock industry in Mexico.”