Should RFS supporters do a victory lap or mark their calendars?

The week began with what had become a familiar theme for those following developments of the Environmental Protection Agency’s governance of the Renewable Fuel Standard. Supporters were upset at the administration for what they felt was an about-face on one of Donald Trump’s only agriculture-specific campaign promises – that he would support the RFS. That left biofuels supporters wondering if they should scratch their heads or shake their fists when EPA Administrator Scott Pruitt took action that could have led to lowered RFS volumes for years to come.

That action – a notice of data availability, or NODA, concerning potential biodiesel reductions in the RFS – got the immediate attention of a handful of senators, which led to a meeting between Pruitt and seven Senate Republicans. There, Pruitt was told if he wanted to staff up the EPA with some nominees pending before a Senate committee, this NODA business would have to stop. 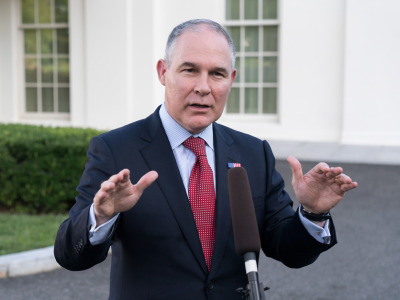 “Preliminary analysis suggests that all of the final (Renewable Volume Obligations) should be set at amounts that are equal to or greater than the proposed amounts, including at least 2.1 billion gallons for biomass-based diesel in 2018 and 2019,” Pruitt said in a letter to the seven senators.

The meeting took place the day before the Senate Environment and Public Works Committee was supposed to consider a number of EPA nominees including Bill Wehrum, nominated to be the EPA’s assistant administrator for the Office of Air and Radiation. In that capacity, he would be charged with oversight of the RFS. The hearing was postponed, however, after committee member Joni Ernst, R-Iowa, voiced concerns about what she said were “evasive, squishy answers regarding the RFS” from Wehrum.

“By me voicing my concerns, boy, we really got the EPA stirred up, we got the White House stirred up, and that was important,” Ernst told Agri-Pulse. “I don’t take this lightly. I certainly don’t want to block people, but Mr. Wehrum did not, in my estimation, show the enthusiasm that I needed to see from someone that was going to oversee our Renewable Fuel Standard.”

Ernst said she was directing her concerns about the nomination to Pruitt because Wehrum “will take his direction from Administrator Pruitt” should he be confirmed. Now, Pruitt's letter in hand, the committee will go ahead with the hearing this morning, and presumably allow Wehrum’s nomination to advance.

Pruitt’s reversal shows the meeting on Capitol Hill and a barrage of biofuel industry outreach had done the trick. Aside from the RVO pledge, Pruitt, who had participated in lawsuits over the RFS as Oklahoma’s Attorney General, also committed to rejecting a petition to change the RFS point of obligation and look for a way to allow year-round sale of higher ethanol blends, both longtime policy goals for biofuel supporters.

The administration was out in full force last week trying to communicate their support for the program. In addition to the meeting with the senators, Pruitt also spoke to Iowa Governor Kim Reynolds. President Trump worked the phones as well, speaking with Reynolds and Sen. Chuck Grassley, R-Iowa. Ernst missed a call with Trump, but later spoke with White House Chief of Staff John Kelly.

The change of heart comes after Trump reportedly instructed Pruitt to appease the lawmakers and abandon the potential RVO reduction. Speaking to reporters Tuesday morning, Grassley, who hosted last week’s meeting with Pruitt and six other senators, joked that he’ll “take credit for that and others can take credit for it, but I think the President personally speaking to Pruitt probably did more good.”

No matter who gets the credit, there’s a lingering theme among supporters: The letter is great, but backing it up with action will be better.

“I think we need to be in a mode of 'trust but verify,'” Growth Energy CEO Emily Skor told Agri-Pulse. “My attitude right now is that we want to make sure that promise becomes policy.”

The existence of the letter itself is perhaps proof of that “trust but verify” attitude. Ernst made no qualms about the disappointment she felt after hearing private assurances from Pruitt that he would support the RFS, only to see “what might indicate to us that he’s attempting to lower biodiesel numbers.” That led Ernst to request assurances from Pruitt in writing.

“We’ll continually remind them: 'This is what you have stated in private and in public and we expect that you will uphold not just the letter of the law but the spirit of the law,'” Ernst said. 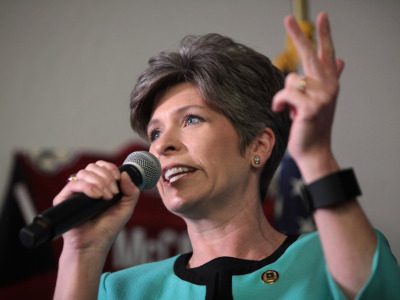 Biofuels supporters will now wait for the upcoming RVO rollout, which Pruitt has repeatedly pledged will happen by the end of November, the timeline called for by law. Many say that will be a test of the merit of Pruitt’s assurances and give him a chance to prove his words to be true.

One biofuel supporter takes things even further. Renewable Fuels Association President and CEO Bob Dinneen tells Agri-Pulse the “facts don’t support” lowering the RVOs, so he wants to see Pruitt move on a Reid Vapor Pressure waiver that would allow E15 to be sold during the summer.

“If you want this industry to grow, that has to happen,” Dinneen said, adding that he wanted to see more than Pruitt’s pledge to explore the possibility of the waiver. “Jiminy Christmas, he’s had the job for 10 months. I thought he was looking at this already?”

Whether the measuring stick for the reliability of Pruitt and the EPA is the end of November or, as Dinneen proposes, the RVP waiver, pro-biofuels lawmakers and lobbyists don’t seem to be willing to let Pruitt operate unchecked. While no government official functions without the watchful eye of interest groups and experts in Washington, Pruitt's flirtation with potentially undoing a Trump campaign promise puts him in a different category.

“I’m going to be watching carefully to see if Scott Pruitt continues to implement or obstruct the President’s vision when it comes to biofuels generally and the RFS specifically,” Dinneen said. “I have no reason to believe that he will not be true to his word that he’s now given to members of Congress, but clearly we’re going to be watching.”