WASHINGTON, Oct. 25, 2017 – Nominees for four critical positions at the Environmental Protection Agency have taken a big step toward assuming their posts at the agency.

The Senate’s Environment and Public Works Committee voted Wednesday to send to the full Senate the nominations of Michael Dourson to be assistant administrator for chemical safety and pollution prevention; William Wehrum to be AA for air and radiation; David Ross to be AA for water; and Matthew Leopold to be general counsel.

The committee meeting had been delayed a week because of concerns by farm-state senators on the panel – specifically Sen. Joni Ernst, R-Iowa – that Wehrum was insufficiently supportive of the Renewable Fuel Standard program at an Oct. 4 hearing. EPA Administrator Scott Pruitt subsequently wrote a letter to seven Republicans assuring them that he would implement the RFS program as intended by Congress.

The Dourson and Wehrum nominations squeaked through on 11-10 party line votes, with GOP senators voting in favor and Democrats opposed. Ross and Leopold advanced on voice votes.

Dourson, a toxicologist, has been the target of fierce criticism from environmental, food safety and worker safety groups, who point to his history of work for chemical companies. After working at EPA from 1980-1994, Dourson founded the nonprofit Toxicology Excellence for Risk Assessment, which recommended safety standards for some commonly used toxic chemicals – including the organophosphate insecticide chlorpyrifos – that were well above EPA’s own standards. 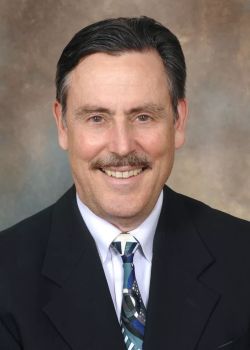 “When confronted time and time again with stories of real people who have been harmed, some irreparably, by the chemicals he peddled as ‘safe,’ Dr. Dourson never admitted that he may have been wrong, nor did he acknowledge the risks that these chemicals can pose,” Ranking Member Tom Carper, D-Del., said at Wednesday's business meeting.

Republican members did not respond to specific Democratic criticism today. EPW Chairman John Barrasso, R-Wyo., said all the nominees “have proven themselves to be well-qualified, experienced, and dedicated public servants.” Dourson’s nomination is supported by the chemical industry, including CropLife America, which praised his nomination earlier this year. EPA has cited support from scientists.

In his post as assistant administrator, Dourson would oversee the operations of the Office of Pesticide Programs and implementation of the Toxic Substances Control Act, which received a widely praised bipartisan overhaul by Congress last year.

As head of the Office of Air and Radiation, Wehrum would oversee implementation of the Renewable Fuel Standard program. In answer to a question submitted for the record by Carper, Wehrum said he had represented clients in three RFS-related cases: a challenge to EPA’s E15 waiver (representing the American Petroleum Institute and the Grocery Manufacturers Association; a challenge to EPA’s misfueling mitigation rule (API); and a challenge to Minnesota’s B10 mandate (API, the Auto Alliance, and the American Fuel and Petrochemical Manufacturers).

Ross and Leopold advanced on voice votes with Democratic support. Ross is currently director if the environmental protection unit in the Wisconsin Department of Justice and also has been a senior assistant attorney general in the Wyoming Attorney General’s office. In his new job, he would play a large role in devising a new “waters of the U.S.” rule once EPA scraps the Obama administration’s rule, which it is widely expected to do this year.

Leopold is a lawyer at Carlton Fields in Tallahassee, and former general counsel of the Florida Department of Environmental Protection.