Can manure be regulated under the Resource Conservation and Recovery Act? Nearly three years ago, a federal judge said yes, it can be, in a ruling that cast a spotlight on how the dairy industry manages its waste.

The case involved water pollution in Washington state’s Yakima Valley and citizens angry about high nitrate levels, and resulted in a settlement that required three valley dairies to provide drinking water to families three miles downstream, and to adequately line their manure lagoons.

Without the RCRA citizen-suit provision, they would not have been able to obtain such relief, said Jessica Culpepper, Food Project attorney at Public Justice, who represented the Community Association for the Restoration of the Environment and Center for Food Safety in the case.

Culpepper testified last week at a hearing before the House Energy and Commerce Committee’s environment subcommittee. The subject was a “discussion draft” of legislation that would make it more difficult for citizens to sue livestock facilities under RCRA. The draft would bar suits against operations that are already being sued or subject to an administrative proceeding for their manure management.

Rep. Dan Newhouse, R-Wash., who advanced the discussion draft with Rep. Jim Costa, D-Calif., said it would ensure that dairy farmers aren’t subject to “double jeopardy” if they are already working to resolve problems at their operations. 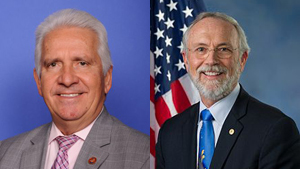 The draft has to be turned into legislation and go through Energy and Commerce before reaching the House floor, but Newhouse is “optimistic about the bill’s chances,” said his spokesman, Will Boyington. As yet, there is no companion legislation in the Senate.

RCRA already exempts manure and crop residue from regulation as a solid waste, but only if they are returned to the soil as fertilizer or soil conditioners. The problem the judge found in the Washington case was that more manure than was needed for crops was spread on the ground, resulting in nitrate contamination in drinking water wells.

At the hearing, Newhouse said Cow Palace, the dairy that was sued, was already subject to a consent agreement with EPA and should not have had to deal with a separate lawsuit. Culpepper, however, said the consent agreement didn’t go far enough: Only residences a mile downstream would receive bottled water, and “nutrient management changes were vague, often voluntary, and were insufficient to stop future contamination of the aquifer.”

“The legislation is straightforward and limited in scope to the citizen suit provisions under RCRA,” Newhouse said. “Simply put, this legislation covers only the agricultural activities that are already exempt under EPA’s RCRA regulations.”

And Dan Wood, executive director of the Washington State Dairy Federation, told the subcommittee, “If there is an error or allegation being addressed with a state or federal regulator, then the farms should not face a citizen lawsuit if they are working in good faith with the regulatory agencies with authority over the respective laws.”

Culpepper, however, said rural residents are not eager to bring RCRA lawsuits. In fact, the Cow Palace litigation is “the only successful RCRA citizen enforcement action brought on behalf of a rural community against a (concentrated animal feeding operation).”

“I can say that these actions are costly, time consuming, and extremely difficult to bring,” she said at the hearing.

A number of interested parties have weighed in on the potential legislation. Researchers at The Johns Hopkins Center for a Livable Future, in Baltimore, for example, said that RCRA citizen suits “provide a much needed avenue for recourse against the pollution of private groundwater wells, especially since groundwater and private wells are not covered by existing federal regulation: The Safe Drinking Water Act does not apply to private wells, (EPA) does not regulate private groundwater wells, and the Clean Water Act only applies to navigable, or surface, waters.”

And more than 1,400 farmers, ranchers, business owners, health experts, concerned and impacted communities, and public interest groups said in a letter that under the discussion draft, “a state agency … could issue a notice of violation, letter, or order (without penalties), or even simply have a meeting, directing a polluter to take an action. In the presence of any such administrative act, which often involves negligible effort by a state agency and may never result in protection, a citizen suit to require compliance or cleanup could never go forward.”