A growing number of U.S. dairy producers are realizing innovative income streams from what they are calling “brown gold.” They are using digesters to turn manure into biogas, which is later converted into compressed or liquefied natural gas, electricity or other fuels. The leftover liquids and solids can then be made into scores of products including fertilizers, plastic, biodegradable flowerpots, cow bedding  and a peat-moss substitute.

“Advanced manure recovery is an entire system. You don’t always need the digester but it is an excellent platform,” says Bruce Knight, principal and founder of Strategic Conservation Solutions. In addition to digesters, about 200 complementary technologies exist to recover the value in manure. Knight says the excitement surrounding these additional income streams can be compared to the enthusiasm generated by ethanol two decades ago.

In a biogas system, anaerobic digestion recycles manure, turning it into energy – gas and electricity – and liquids and solids. Because biogas systems recover nutrients, they also help protect the nation’s waterways. When these systems were first introduced more than a decade ago, dairies that adopted the technology primarily entered into long-term contracts to sell electricity into the grid for 7-10 cents per kilowatt hour (kwh), but that market crashed along with climbing natural gas supplies.

“It cut the economic sustainability out of the market,” says Jerry Bingold, vice president at Newtrient, an industry-supported firm dedicated to helping producers improve environmental and economic sustainability through the development of manure conversion technologies, products made from manure, and markets for these products. With the original long-term contracts now expiring, producers are looking to new markets, he adds.

Patrick Serfass, executive director of the American Biogas Council (ABC), says that adding just 10 percent food waste to manure can double a digester’s gas output. “Investment groups are watching this space,” Serfass says. “Several years ago, digesters were manure only. Today there is interest in building digesters that digest both food waste and manure.” According to Serfass, a dairy with as few as 200 cows could benefit from a digester that also accepts food waste.

A 2013 Informa Economics study said back then that nearly 2,700 dairy operations were suited for large digester projects. The cost to build one, according to ABC, is somewhere between $1 million and $20 million. Traditionally, mechanical anaerobic digesters have been custom-made for each site, but that too is changing, according to Bingold. Not only are digesters becoming more portable, they are being reproduced for more than one site to fit the needs of local markets.

The California market, in particularly, has drawn considerable interest from producers, their co-ops, and private investors. California Senate Bill 1383, passed in 2016, requires methane emissions to be reduced by 40 percent statewide by 2030 through the use of digesters and other technologies. The bill also directs the California Air Resources Board (CARB) to work with the dairy industry to implement a Short-Lived Climate Pollutant Reduction Strategy, and gradually move toward regulating the industry, beginning in 2024 at the earliest, according to Ryan McCarthy, science and technology policy adviser to CARB. Methane, a short-lived but potent greenhouse gas, is believed to account for 25 percent of net global warming, McCarthy notes. For the state’s 2017-18 fiscal year, $99 million was available to producers to participate in these programs, and the current budget includes another $99 million. 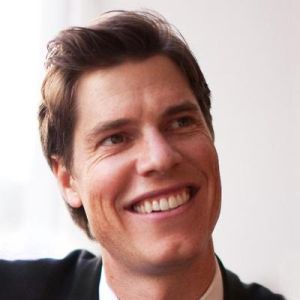 “About two-thirds of the completed projects and projects in the pipeline are digesters,” McCarthy says. “There are at least 40 projects in process or already developed in California, and we expect to see 100 or more projects funded in the next few years, both digesters and other projects.”

California Bioenergy LLC (CalBio) has been working to develop large-scale projects using covered lagoon digesters. Both capital and operating costs are much lower with these digesters than for traditional systems, but the gas volume harvested is also lower. CalBio and Land O'Lakes Inc., one of the nation’s largest agricultural cooperatives, recently announced a first-of-its-kind collaboration to support the financing, installation, and management of on-farm covered lagoon methane digesters to generate renewable compressed natural gas for the California market. Land O’Lakes is also offering its dairy members up to $3 million in financing to build methane digesters.

“There are a lot of incentive programs in California,” McCarthy says. “Out-of-state dairies in some instances can participate in these programs and are already building projects and selling into the California market.”

The next farm bill is expected to retain several programs that offer incentives to producers to adopt advanced manure recovery strategies, including digesters. In addition to the Environmental Quality Incentives Program (EQIP), which was retained in both the House and Senate versions of their recently passed farm bills. The energy title included in the Senate measure contains the Rural Energy for America Program, which provides incentives to help producers connect to the electrical grid.

In addition, each year, the Environmental Protection Agency sets the amount of renewable fuel that energy companies must buy. In June, the agency proposed another 30 percent increase for biogas-related fuels, putting the target for cellulosic biofuel at 381 million gallons for 2019. EPA estimates that 358 million gallons of that will be derived from renewable biogas.

“There is no shortage of manure, and that manure has to be dealt with. The need to manage nutrients and odors on farms will drive the construction of new biogas systems,” says ABC’s Serfass. “Dairies are not going to see a market saturation. Each project takes 12-18 months to develop, and EPA knows what is coming on line and increases its projections.”