Farms would likely face differing impacts on their federal tax returns under the varying and complex rules in the tax legislation that Republicans are seeking to push through the House and Senate.

The biggest questions for farm groups and accountants center on the changing ways that the bills would tax income from pass-through entities: partnerships, S corporations and sole proprietorships. Most farms are organized as one of the three.

The bill that the House will consider this week is considerably better for farmers than it was before the Ways and Means Committee made a couple of significant changes Thursday, and then approved the measure on a party-line vote.

The changes introduced a new, phased-in, lower minimum tax rate of 9 percent on pass-through income and also removed a provision in the original bill that would have subjected farm rental income to self-employment (SE) tax. The latter provision would have snagged farms that have organized to reduce self-employment taxes and to maximize commodity payments.

The bill also would provide a new top tax rate of 25 percent for pass-throughs. However, adding an additional complexity, the lower tax rates offered by the bill would generally apply only to 30 percent of income considered to be a return on capital. The remaining 70 percent of pass-through income is considered wages, under the bill.

Under current rules, pass-through income is taxed at the individual tax rates, which range from 10 percent to 39.6 percent.

Pat Wolff, senior director of congressional relations for the American Farm Bureau Federation, applauded the changes that the committee made in the bill. “We can’t say farmer by farmer if that (9 percent) rate is low enough. It will impact different operations in different ways, but both of those changes were positive.”

Senate Finance Chairman Orrin Hatch, R-Utah, added new complexity to the issue by releasing a proposed amendment late Tuesday that sunset the changes to individual tax rules after 2025 to help avoid a procedural challenge on the Senate floor. The amendment also would change the proposed individual tax rates and brackets and provide farms a way around a new $15-million revenue limit on interest expensing.

The Senate takes a different approach to pass-throughs. There are no special tax rates; they would continue to pay the individual tax rates. But the Senate bill would allow pass-through businesses to deduct 17.4 percent of their wage income, a provision that might benefit some farms depending on how they are structured.

Comparing the two bills is challenging. But an analysis by farm accountant Paul Neiffer of CliftonLarsonAllen in Yakima, Wash., suggests that the House bill would benefit farms in the lower tax brackets more than the Senate bill as originally drafted, but that the benefit fades in higher brackets. By contrast, his analysis suggests the Senate bill would lower tax liability at all levels of income compared to current law and beats the House measure as income rises: (The new tax rates and brackets in the Hatch amendment would likely alter the analysis of the Senate bill).

Both the House and Senate bills also contain other measures that "are positive for agriculture,” including estate tax and expensing provisions, said Jeff Wald, CEO of the accounting firm K·Coe Isom. But there are other provisions that are worrisome, including the repeal of a deduction used by members of farmer cooperatives, he said.

“We encourage the House and the Senate to work together to ensure that any final tax reform legislation does not negatively impact agriculture.  Given the tight margins in agriculture and high volatility of ag markets, Congress needs to continue to focus on preserving financial flexibility for ag businesses,”  said Wald.

Here’s a look at how the bills compare beyond the pass-through rules:

Both bills preserve the ability of farms to use cash accounting.

House: Repeals in 2018 the Section 199 domestic production deduction that farmer cooperatives often pass on to their members.

Senate: Repeals the deduction in 2019.

According to a survey by the National Council of Farmer Cooperatives, co-ops passed on nearly $2 billion in deductions to members in 2016. The Farm Bureau and commodity groups signed a letter to the Senate Finance Committee, pleading with it to preserve the deduction. The bill’s 17.4 percent deduction for pass-throughs is similar to the Section 199 deduction, but NCFC doesn’t believe that could be used to replace the Section 199 deduction. 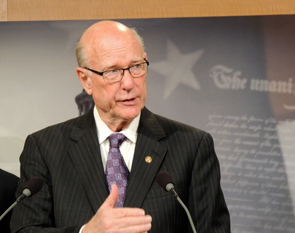 Senate Finance member Pat Roberts, who chairs the Senate Agriculture Committee, submitted an amendment to clarify that co-ops could pass the 17.4 percent deduction to their members.

According to a Roberts aide on Wednesday, the Hatch amendment would replace the benefit of the 199 deduction to co-op members. But it doesn't go far enough for the co-ops. A spokesman for NCFC said the changes to the deduction rules "will not offset the loss of Section 1999 and will result in farmers paying more in taxes."

Both bills allow businesses to immediately write off 100 percent of the cost of qualified property through 2022.

Under the bonus depreciation provision in current law, businesses can write off 50 percent of newly acquired equipment in 2017. That allowance falls to 40 percent in 2018 and 30 percent in 2019.

House: Doubles the exemption and then repeals the tax after 2023. The existing exemption is $5.5 million for an individual and $11 million for a couple in 2017 and is indexed for inflation.

Senate: Doubles the exemption but leaves the tax in place.

“We prefer the estate tax be eliminated, but that’s a good first step,” AFBF’s Wolff said of the exemption increase in the Senate bill.

The Hatch amendment, however, would appear to end the doubling of the exemption after 2025, introducing some new uncertainty on the issue.

Sen. John Thune, R-S.D., has submitted an amendment in Senate Finance to kill the tax. But repealing it significantly increases the lost revenue and gives Democrats another talking point against the bill. The House provision costs $150.7 billion in lost revenue over 10 years. Simply doubling the exemption, as the Senate bill would do, costs $93.8 billion. 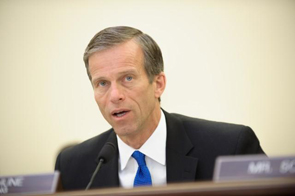 Finance Democrat Tom Carper of Delaware has submitted an amendment to kill the exemption increase.

House: Temporarily increases the Section 179 expensing allowance, for both new and used equipment, to $5 million with a phaseout at $20 million. Those amounts would be indexed for inflation, but the provision expires at the end of 2022.

Under current law, farms can expense up to $500,000 of the cost of new equipment, buildings, breeding livestock and dairy cows. The allowance doesn't apply to used equipment and is phased out when the purchases exceed $2 million.

Senate: Permanently increases the Section 179 allowance to $1 million, with phaseout at $2 million, but continues to limit the provision to new equipment. Both amounts are indexed to inflation.

The less generous Senate provision is actually more costly, losing $24 billion in revenue over 10 years, simply because of the sunset provision in the House bill. The House version would cost $50 billion over the five years it would be in effect, After that, the expiration results in increased revenue so the net 10-year cost of the provision would be just $11.4 billion.

House: Allows farms and business with less than $25 million in annual sales to continue to deduct interest expenses.

Senate: Allows for full deduction of interest expenses for businesses with sales under $15 million. The Hatch amendment would allow an exemption from that limit for farms that agree to use alternative depreciation rules.

Most producers would qualify for the size exemption in either bill, but the National Cattlemen’s Beef Association says that even the House threshold is too low for cattle feeders.

Wald of K-Coe Isom expressed concern that the  $15 million threshold was too low. "It would sweep in many medium-sized operations and limit their ability to deduct interest expenses. We are optimistic that we can work with House and Senate ag leadership to maintain vital flexibility on this point.”

House and Senate: Both bills would restrict the Section 1031 exchanges to real property. They’ve also been used in the past for equipment, but tax writers say the broader provision would no longer be needed with the expanded expensing allowances in both bills. The Farm Bureau, however, raised concern that the restriction on like-kind exchanges would be permanent while the Section 179 expensing allowance would be temporary under the House bill.