USDA’s latest farm income forecast is making clear how critical government payments are to the ag economy this year. USDA is projecting that payments will be up 66% this year to more than $37 billion. And that number may go higher.

USDA economists say they don’t know yet how much money will go through the second round of the Coronavirus Food Assistance Program, and Congress is considering authorizing additional spending as well.

Economist Nathan Kaufmann of the Kansas City Fed says government payments will account for 40% of farm income this year, the highest amount since 2001. It’s the eighth highest level since 1933.

How individual farmers are going to this year will ultimately depend on a lot of factors, including what they produce, and in some cases whether they qualified for CFAP or the Paycheck Protection Program. Forgivable PPP loans were included in the estimate of government payments.

Bottom line: Crop farms are expected to see their income increase this year due to CFAP and other government payments, but livestock and poultry producers are expected to have lower net income – even with the federal aid.

No surprise: Groups representing livestock and poultry producers have been pushing Congress to authorize additional aid.

Watch out: The Congressional Budget Office forecast Wednesday that the federal budget deficit will hit $3.3 trillion this year, the largest deficit as a percentage of GDP since 1945. That potentially could have implications for future efforts to address needs of farmers and other sectors.

In the case of one major commodity, wheat, some farmers are getting government payments and others aren't. Lawmakers on both sides of Capitol Hill are sending letters to Agriculture Secretary Sonny Perdue, urging him to make all classes of wheat available for CFAP.

Only hard red spring and durum wheat currently qualify and they account for only 30% of production, “so the majority of wheat farmers have not had access to assistance through this program,” Rep. Frank Lucas, R-Okla., and other House members will say in one letter.

Three of every four farmers plan to vote for President Trump, according to a new poll by Farm Futures. Some 75% of the 1,044 producers polled in July by email said they supported Trump’s re-election, compared to 60% in 2018 and 66% in 2019.

The results are in line with the findings of an Agri-Pulse poll conducted in late February and early March, when 72% of producers said they backed Trump.

Meanwhile: A pro-Trump organization called Secure America First is launching a digital ad highlighting how the group thinks Trump has supported farmers during his first for years in office.

The ad boasts how Trump has been “fighting for ag since day one” by modernizing the U.S.-Mexico-Canada Agreement as well as making sure farmers were financially made whole during retaliatory tariff disputes with China. The ad also hits Biden’s 2000 vote to normalize trade relations with China.

As of Wednesday evening, the ad had received 215 views.

US clamps down on Chinese diplomats

China continues to increase its pace of purchasing U.S. corn, soybeans and sorghum under the “phase one” trade pact, but political tensions are also heating up as the State Department takes a page from Beijing on how it treats foreign diplomats.

The State Department announced Wednesday that it is imposing new restrictions on Chinese diplomats in the U.S. Chinese diplomats will no longer be able to visit universities, meet with U.S. political leaders or attend large cultural events without approval from the U.S. government.

The new restrictions are meant to mirror the way the Chinese have always treated U.S. diplomats, and they will only be removed if China first removes its restrictions, Secretary of State Mike Pompeo said.

The spread of African swine fever in Poland was the worst it’s ever been in August, according to a new analysis by USDA’s Foreign Agricultural Service. While Poland is not a major pork producer, neighboring Germany is one of the world’s largest.

ASF cases in Poland – mostly in very small farms and wild boars – began spiking in July. The number of cases on small farms totaled 54 in August, compared to 71 for the entire first eight months of the year, said the report out of the FAS office in Warsaw.

Germany, which is tightening border protections against ASF entering through Poland and other countries, is home to about 22,000 swine operations. German companies produce more than 5 million metric tons of pork per year, according to a separate FAS analysis out of Berlin. 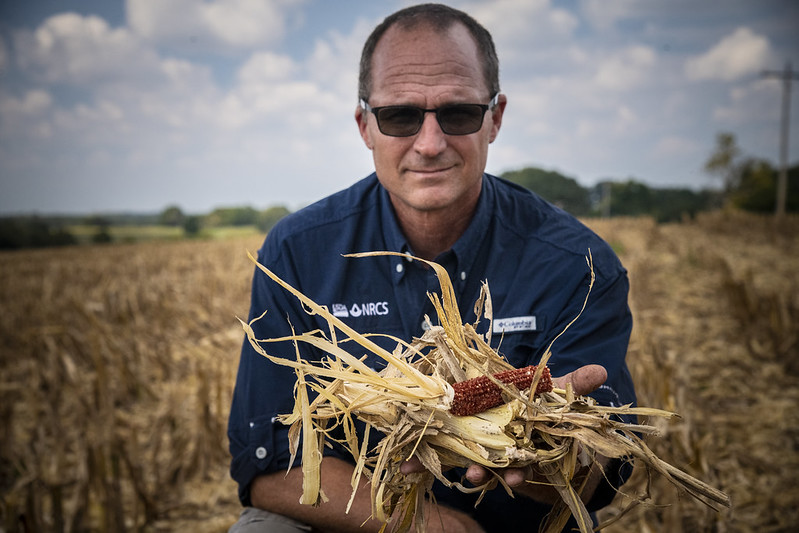 Ag lenders need to consider the value of farm conservation practices when making loans to farmers, says a new report from the Environmental Defense Fund.

For too long, lenders’ focus has been too narrow, EDF said. Practices such as cover crops, no-till farming and extended crop rotations may need to be in place for years to demonstrate their full benefits, the report said.

And the bankers say: Ed Elfmann, the American Bankers Association senior vice president for agriculture and rural policy, said ABA is “collaborating with organizations like EDF and working to educate our members to help bridge the gap between financing and climate resilience.”

The nitrate contamination problem in Wisconsin “is increasing in extent and severity,” says the annual report to state lawmakers from the state government’s Groundwater Coordinating Council.

The water in about 10% of private wells in Wisconsin contains nitrate levels above EPA’s health-based standard of 10 parts per million. “Approximately 90% of total nitrate inputs into our groundwater originate from agricultural sources,” the report says. In addition, pesticides have been detected in about 40% of wells.

She said it. “When it comes to the short-term focus of nearly all annual operating loans, that focus means that lenders miss longer term value, cost savings, and risk reduction,” – Maggie Monast, EDF’s director of economic incentives, agricultural sustainability.