Senate Republicans are increasingly optimistic about passing their tax bill this week as they worked out last-minute modifications to satisfy individual senators' concerns about its impact on small businesses and on the federal budget deficit.

Sens. Steve Daines of Montana and Ron Johnson of Wisconsin were withholding support for the bill unless changes are made to further reduce taxes on income earned by partnerships and other pass-through businesses. One change considered most likely is to increase the bill’s proposed new 17.4 percent deduction for qualified pass-through income.

Still unclear was whether the bill will be altered on the Senate floor to address concerns of farmer cooperatives. Both the House and Senate bills would repeal the Section 199 manufacturing deduction that co-ops have been handing over to members or, in some years, retaining to pay for internal improvements.

Under the bill, the 17.4 percent deduction would essentially ensure that co-op members continue to get the benefit of Section 199, but co-ops would not. 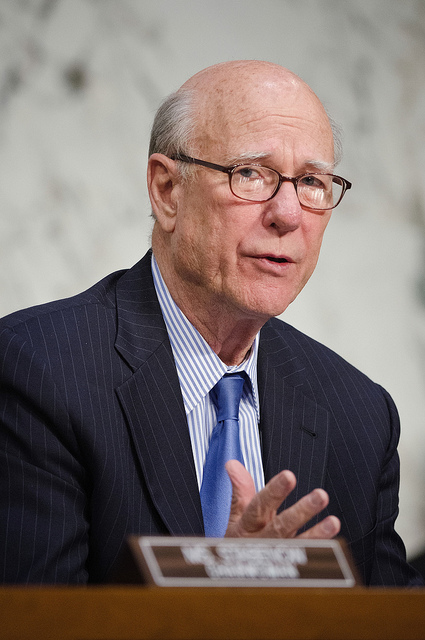 “To be determined,” was the response Tuesday from Senate Agriculture Chairman Pat Roberts, R-Kan., when asked by Agri-Pulse if tax bill would be altered to replace the money co-ops currently save from retaining from the Section 199 deduction.

The Senate Budget Committee set the table for the floor debate Tuesday afternoon by approving a reconciliation bill that merges the tax legislation crafted by the Senate Finance Committee with a separate bill that would authorize oil drilling in the Arctic National Wildlife Refuge. Notably, Johnson voted for the bill in the Budget Committee, as did Sen. Bob Corker, R-Tenn., who insisted on a trigger to roll back the tax breaks if they don't produce the expected economic growth.

Reconciliation measures can be passed with a simple majority, so Republicans will need 50 votes, with Vice President Mike Pence as the potential tie-breaker, to pass the combined bill. Republicans control just 52 votes in the Senate so they can only afford to lose two GOP senators.

“We know we won’t be able to go forward until we get 50 people satisfied, and that’s what we’re working on,” said McConnell.

Trump issued a statement after the Budget Committee action saying that he looks forward to signing a final bill by the end of the year. “The momentum driving our shared priorities of job growth, economic competitiveness, and fiscal responsibility through tax reform is undeniable,” he said.

Other than the Section 199 issue, most major agriculture concerns in the Senate bill appeared to be settled for now. Unless the House accepts the Senate bill as-is, House and Senate negotiators will have to work out differences on a number of issues important to agriculture, including the pass-through rules. There are significant variations between the Senate bill and the version that passed the House earlier this month.

The House bill lacks the Senate’s proposed 17.4 percent deduction. Instead, it would set a new top rate of 25 percent of income that’s considered return on capital and would phase in a new bottom rate of 9 percent. Under the Senate bill, pass-through income would continue to be taxed at individual rates.

Tax experts differ on the impact of modifying the rules. Chis Hesse of the accounting firm CliftonLarsonAllen believes that most farmers would benefit from increasing the deduction,  but he noted that the cost of doing that would have to be offset somewhere else in the bill. For joint filers with more than $500,000 in business income, the 17.4 percent deduction would be capped at 50 percent of the taxpayer’s share of the business’s total wages. Hesse says most farms would be exempt from that limitation.

The purpose of the deduction - and the House bill's pass-through rate cuts - is to put small businesses on a level playing filed with C corporations, who would see their tax rate slashed from 35 percent to 20 percent under both the House and Senate bills.

Sen. Chuck Grassley, R-Iowa, told reporters Tuesday that the House bill “didn’t go far enough to deal with the tax on small business versus the tax on C corporations.”

“What I can’t answer is how you’re going to pay” for increasing the 17.4 percent deduction, he said. 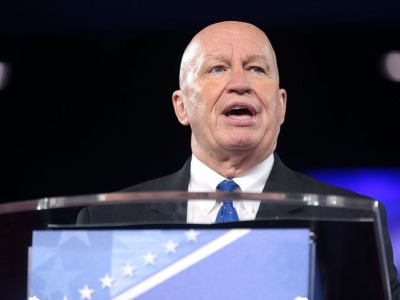 “That’s a brand-new source of support to help new businesses keep and reinvest more of their earnings in those crucial ‘make or break’ early years,” Brady said. “To have an economy that is healthy and growing in the 21st century, we need our 21st century startups and small businesses to succeed, grow, and create well-paying jobs.”

The Grocery Manufacturers Association, which represents most of the large food brands, is pushing for passage of the bill.

“Tax reform is necessary to improve the global competitiveness of U.S. manufacturers who make our food, beverage, personal care, and household products, and to increase the purchasing power of middle class consumers,” said GMA’s president and CEO, Pamela Bailey, “Senate passage is essential to the adoption of the most significant tax reform effort in 30 years.”

Grassley said the Senate bill’s biggest benefits to agriculture would come through expanded expensing and a doubling of the estate tax exemption, now about $5.5 million per individual. But those are among the many provisions where final details will have to be worked out with the House.

The House bill would temporarily increase the Section 179 expensing allowance, for both new and used equipment, to $5 million with a phaseout at $20 million. Those amounts would be indexed for inflation, but the provision would expire at the end of 2022.

The Senate bill, on the other hand, would permanently increase the allowance to $1 million, with phaseout at $2 million, but would continue to limit the provision to new equipment.

As for the estate tax, the House bill would double the current exemption and then repeal the tax after 2023. The Senate’s increase in the exemption isn’t even permanent: It would expire after 2025 along with the bill’s other individual tax provisions, cutting the cost of the bill to ensure Democrats couldn’t block it on procedural grounds.

Tax experts have been combing the bills for small but potentially significant provisions.

Paul Neiffer of CliftonLarsonAllen says a provision in the Senate bill could have a big impact on farms that reduce their tax bills by providing commodities as gifts to their children. The value of the gift is exempt from self-employment tax and under current law is taxed at the parents’ rate as unearned income.

Under the Senate bill, gifts would be taxed at rates for estates and trusts. Once unearned income exceeds $12,500, it would be taxed at a maximum rate of 38.5 percent. “The net result will be a tax increase,” Neiffer writes.