Dicamba in 2018: Care must be taken, manufacturers tell retailers

As if the 2016 and 2017 growing seasons weren’t evidence enough of dicamba’s potential to stray from its intended target, representatives of Monsanto and BASF presented ag retailers last week with a laundry list of application mistakes to avoid in 2018.

Ty Witten, Monsanto’s lead for Cotton, Specialty Crop, and Seed Treatment Systems, and Gary Schmitz, BASF’s regional technical service manager, told a room packed with hundreds of fertilizer and pesticide dealers that their companies are beefing up their educational efforts this winter in an attempt to avoid a repeat of the current growing season, when widespread reports of damage from their low-volatility dicamba herbicides dominated the ag news.

The occasion was the Agricultural Retailers Association’s annual conference in Phoenix, which featured three sessions in three days on dicamba, including a look at what happened in Georgia, where there were no complaints of off-target damage.

The presentations by Witten and Schmitz laid out in detail what the companies learned through interviews with growers and applicators who contacted Monsanto and BASF with questions about why their products – Xtendimax for Monsanto, Engenia for BASF – may have strayed from their intended targets. 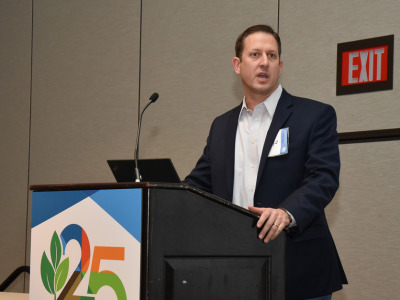 The answer in almost all cases, they said, was a failure to follow the label. Witten, seeking to avoid sounding like he was assigning blame, said, “I want to be real careful here. We’re not trying to point a finger and say you did something wrong.”

But he and Schmitz also said that based on their interviews with growers and applicators this season, applicators had not followed the strict limitations of the label. Witten said that in particular, applicators misunderstood the buffer requirement, which Witten said was there to protect endangered species. But some growers thought that by following the buffer requirement, they were protecting neighboring crops, when in fact they should not have sprayed because a sensitive crop was downwind.

Tank mixes were another problem, he said. Despite a clear prohibition against mixing ammonium sulfate (AMS) with Xtendimax, he said 16 percent of applicators who sprayed the product – and 22 percent in Southern states – told Monsanto that they were putting AMS in their tanks.

AMS “will change the profile of this product that could increase the volatility,” Witten said.

And Schmitz said that “once you start getting up to 80-90 degrees and greater,” AMS can add “up to 20 times more volatility.”

Schmitz stressed that a failure to follow any one of the numerous label requirements, which have recently been strengthened by EPA, can significantly increase the chances of drift.

“Even where a customer was trying to do a very good job of managing contamination, sometimes there were these weak links out there,” he said. 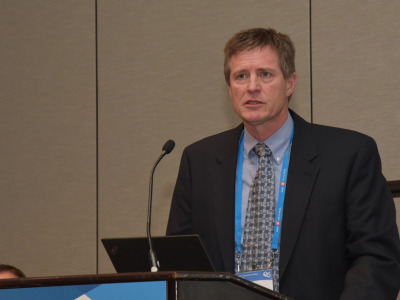 One weak link involved use of the improper nozzles. “This is a difficult one for me to understand because we gave away more than 700,000 nozzles,” he noted. Yet using the incorrect nozzle can increase drift enormously, he said.

“Maybe the information didn’t get to the applicator, or in some cases the applicator thought they needed better coverage, or they had some concern about the large droplets that were coming out, but I assure you the number-one step in controlling and managing off-target drift is with the right and proper nozzle,” Schmitz said.

Boom height also has an impact, he said. Raising the spray boom to 48 inches, double the 24 inches specified in the label, will result in 5.6 times more drift, he said.

Dicamba use should be halted, petitioners argue in Ninth Circuit
Health care must fit needs of rural communities

Monitoring of wind speed is also crucial, Schmitz said. The new label says Xtendimax and Engenia can only be applied when winds are between 3 mph and 10 mph. The previous label allowed up to 15 mph for applications. Yet doubling of wind speed at application can increase drift by 3.4 times, he said.

Schmitz also said that about 69 percent of applications where there was off-target movement came from applications made five weeks after planting. “That’s a little later than what we desired,” he said. “We want to make sure we’re moving that application up earlier.”

Since most inversions take place when wind speed is below 3 mph, “If you’re starting to get close to a situation where you’re down to 3 mile an hour winds, and they seem to be fairly light into the evening, you’re probably approaching an inversion…, so it might be just a good practice at that point to say, it’s time to stop,” he said.

In one of the other sessions on dicamba, weed scientist Ford Baldwin, who heads up Practical Weed Consultants in Austin, Ark., and Stanley Culpepper, an extension weed specialist at the University of Georgia, discussed the issues of the past growing season.

Culpepper credited the lack of complaints to a variety of factors, including extensive training where growers told him he had scared “the you know what” out of them. In addition, Georgia’s diverse agricultural landscape, which includes dozens of vegetables, helped. Growers in the state have long been aware of their neighbors and don’t want to buy a million dollars of watermelons in case their spraying goes awry.

He stressed some of the same points made by the company representatives, telling the ARA audience that just because you comply with one of the label requirements, that doesn’t mean you can ignore the others.

With no dicamba complaints in Georgia this year, Culpepper said one of his worries is that “I got some guys that are cocky” who must be reminded of the unpredictability of the product they’re working with.

Echoing Schmitz, who said dicamba is “just one tool to manage weeds,” Culpepper said, “We can’t rely just on herbicides. We’ve got to look outside the box. Conservation tillage could be critical.”

Baldwin said more label requirements and education won’t fix the volatility problem with the herbicides. But he also conceded that most growers and applicators did not follow the label when applying. “I think most everybody tried,” he said.

After the talk, he said, “You can’t follow that damn label to the letter of the label. If you’re going to look for any nitpicky reason and say, that guy violated the label, you can find that. To me, that does not explain a landscape effect,” where soybeans were affected uniformly across large areas.