USDA’s Risk Management Agency is eliminating the 10-percent buyup option for prevented planting coverage, picking up an idea that was proposed by the Office of Management and Budget during the Obama administration but never carried out by the department.

The move would still allow a 5-percent buyup option. RMA is citing a 2013 Inspector General’s report to justify ending the 10-percent option. The report said that prevented-planting indemnities may exceed producers' actual pre-planting costs by so much that they encourage farmers to plant for the expected payments.

Prevented-planting coverage is designed to cover a farmers’ costs up to the point of putting the seed in the ground. Those costs include fertilizer, land rent, depreciation and taxes. Some crops have had the option for producers to increase coverage by 5 percent or 10 percent.

The RMA action suggests that OMB staff, which has sought deep cuts in crop insurance under successive administrations, is having some impact on Trump’s USDA. Even so, RMA didn’t go as far as OMB has proposed in the past. In a statement to Agri-Pulse, RMA noted that OMB has proposed eliminating both the 5-percent buyup option as well as 10 percent.

An industry lobbyist expressed concern to Agri-Pulse that the estimated $410 million in savings from eliminating the 10-percent buyup option would disappear from RMA's projected spending - and lost from the farm bill baseline - unless the agency reprograms the money to some other product.

The lobbyist also said, however, that making the change could help USDA win concessions from OMB on other issues. USDA bought some "goodwill with OMB with this change," the lobbyist said.

As a result of the Inspector General’s audit, RMA said it contracted with an outside firm that found that producers who elect the 10-percent coverage option tend to be the ones who are most likely to make a claim. Some 46 percent of the prevented-planting indemnities paid over a 20-year period went to farmers with the 10-percent option, which will no longer be available with the 2018 crop.

The Inspector General’s report estimated that RMA had paid $480 million in potentially excessive claims and “inadvertently provided incentives for producers to actively seek prevented planting payments, rather than plant a crop or enroll land in a USDA conservation program when possible.”

Also at the recommendation of the Inspector General, the Obama administration already started adjusting the prevented-planting coverage factors, the percentage of the income guarantee for a timely planted crop. If a farmer is unable to plant a crop that has a 60-percent coverage factor, the prevented-planting guarantee would be 60 percent of the guarantee for a timely planted crop.

“These adjustments are nothing more than making sure that the percent paid per crop is providing the right balance between paying a producer for the costs that they would have incurred prior to planting and not overpaying,” said Brandon Willis, who ran RMA during Obama's second term. 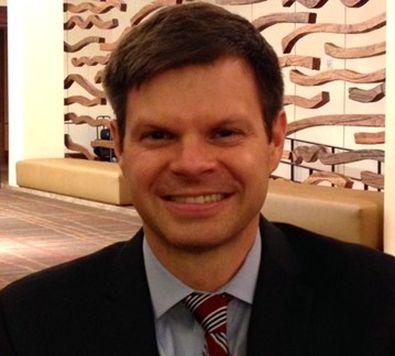 Obama also proposed requiring that a 60 percent transitional yield be applied to a farmer’s actual production history (APH) for years in which the producer receives a prevented planting payment.  However, that change would require congressional approval.

Obama's proposed 2017 budget estimated that eliminating the buyup option and implementing the APH reform would save $1.1 billion over 10 years.

The savings from eliminating the 10-percent buyup option could be used to offset improvements to other programs, but RMA hasn’t said what it plans to do with the money. Willis said the 2014 farm bill made it easier for USDA to expand crop insurance options without finding offsets.

Obama also proposed to eliminate the Harvest Price Option on revenue policies, which would have saved nearly $17 billion over 10 years, but President Donald Trump's first budget, released this spring, went even further: Trump proposed $29 billion in cuts to crop insurance that included capping premium subsidies at $40,000 per farmer and imposing a new means test on premiums.