The importance of pollinators was a hot topic in agriculture and beyond in 2017, as initiatives to protect bees and butterflies continued to emerge.

Lincolnway Energy became the first IRFA member to announce a fueling station. Lincolnway has been preparing two acres on its property in Nevada, Iowa, for seeding in the spring.

Iowa State entomologist Steve Bradbury, a leader in the Iowa Monarch Conservation Consortium, which has over 30 partnering organizations, said the IRFA-established habitats “will help model how we make progress through voluntary, statewide efforts based on the best available science.”

It’s those types of efforts that will make the difference for pollinators, says Val Dolcini, the former administrator of the Farm Service Agency who is now the president and CEO of the Pollinator Partnership.

“It really does have to happen one field at a time,” Dolcini said in a year-end interview, mentioning the need for action and research by small nonprofits and land-grant universities, and by farmers using “a little bit of buffering land” to plant milkweed or other pollinator habitat.

Milkweed is the food for monarch butterfly caterpillars, which turn into the iconic orange butterflies that have become a symbol of conservation efforts for pollinators.

They also could act as a catalyst for regulation, if they are protected under the Endangered Species Act. The Fish and Wildlife Service is due to make a decision on the butterfly’s status in June 2019.

Dolcini and Scott Hoffman Black, executive director of the Xerces Society for Invertebrate Conservation, agreed that more people across the agricultural landscape are better informed about the threats facing pollinators and the need to address them.

“What I’ve seen is a greater awareness around pollinators,” Dolcini said. “That’s certainly the momentum that I want to sustain. Citizens from around the world are understanding the importance of pollinators.”

“We’re seeing more and more farmers engaged,” Black said, as all elements of agriculture’s supply chain begin to realize that protecting and enhancing the environment goes “hand in hand” with the long-term benefit to agriculture.

For its part, Xerces started a program in 2017 called Bee Better Certified, which focuses on “integrating flower-rich habitat into farms in order to provide food and nesting sites for native bees, honey bees and other pollinators,” according to Xerces. It also requires a reduction in or elimination of the use of certain pesticides.

And Dolcini said that in 2018, he’ll be working to develop more partnerships with corporations and industries such as the solar and real estate industries, encouraging the planting of bee-friendly habitat. 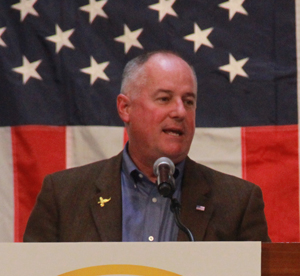 Research also is critical to the future of pollinators – determining the nature and extent of threats to pollinators, including managed bees, and what might be done to eliminate or mitigate them.

Despite the Trump administration’s effort to reduce government spending virtually across the board, agricultural research funding thus far looks to remain stable, although beekeepers would like to see research dollars spent more wisely, said Eric Silva of North-South Government Strategies, the registered lobbyist for the American Honey Producers Association (AHPA).

As good as that lab research is, however, Silva says it “doesn’t adequately capture the pressures on commercial bees.” AHPA would like to see a five-year-long public-private partnership funded at $5 million annually.

Looking to the farm bill, Silva says his members, mostly large commercial beekeepers, would like to see a multiyear effort that follows beekeepers throughout the year in order to gain a full picture of the stresses their winged employees face on a daily basis.

He also said that researchers in different agencies need to do a better job of coordinating their efforts, something that began to happen when the Obama administration was preparing its Pollinator Partnership Action Plan, which was released in June 2016.

“This was something that started happening, but kind of fell apart at some point,” Silva said.

Silva and Boyd also said beekeepers need to be able to rely on the Emergency Livestock Assistance Program, currently capped at $20 million annually.

“With that being the only stable indemnity program, we need that to be unshackled,” Silva said, noting that – as Sen. Heidi Heitkamp, D-N.D., said in introducing a bill to lift the ELAP cap – requests are now closer to $40 million.

Bees certainly need help. A survey released by the Bee Informed Partnership last spring showed that beekeepers lost about a third of their colonies from April 2016 to March 2017. University of Maryland entomologist Dennis vanEngelsdorp, who runs the survey, called that “good news” because the decline was the second-lowest in the last seven years, but said it merely changed the picture for bees “from horrible to bad.” 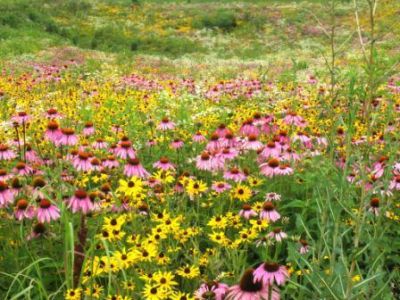 Another area where beekeepers are lined up with the interests of what many see as more “traditional” agriculture is long-distance trucking. New rules went into effect Dec. 18 requiring truckers to use Electronic Logging Devices, but the Federal Motor Carrier Safety Administration has granted a waiver until March 18 for agricultural commodities.

The waiver doesn’t affect the requirement that drivers take a minimum 10-hour break after 11 hours of driving, but like haulers of pork and other livestock, beekeepers are concerned that truckers transporting bees may have to stop by the side of the road even on hot days. Livestock groups are seeking a year to comply with the new requirements.

Beekeepers also are seeking improvements in the Conservation Reserve Program. Silva said USDA needs to lower the costs of the pollinator habitat initiative (CP-42) within CRP and provide better seed mixes. Silva also said he and AHPA would be working with commodity groups to develop commodity-specific best management practices (BMPs) as has been done for almonds.

“The AHPA remains concerned that the FDA ‘added sugar labeling’ requirements will unnecessarily confuse consumers,” Silva said. “Listing ‘added sugars’ on a honey label only serves to suggest to consumers that honey, a naturally occurring sweet substance, has some additional, not naturally occurring sugars included in it. The National Honey Board conducted a study to show just that – consumers are confused.”

AHPA also is working with EPA on “acute risk” labeling to mitigate pesticide exposure to bees. The organization wants to see EPA address exposure when honeybees are foraging on lands not covered by the agency’s policy – namely, lands not covered by a commercial pollination contract in places where bees spend most of their time. But AHPA also wants to make sure growers have the tools they need to protect their crops.