With the next round of talks to renegotiate the North American Free Trade agreement set to begin in Montreal this month, President Trump is telling America’s farmers and ranchers that he is dedicated to completing a new deal. Speaking at the American Farm Bureau convention this week in Nashville, Trump didn't go so far as to promise not to pull out of the pact, but the agriculture sector took heart in what were mostly upbeat comments.

The best deal for most farmers and ranchers, the ag sector stresses, is one that keeps the 24-year-old pact in place and maintains zero tariffs on most U.S. commodity exports to Mexico and Canada.

The tone and message were much different in Nashville and the crowd cheered Trump on as he delivered his speech.

“On NAFTA, I am working very hard to get a better deal for our country and for our farmers and for our manufacturers,” Trump said. 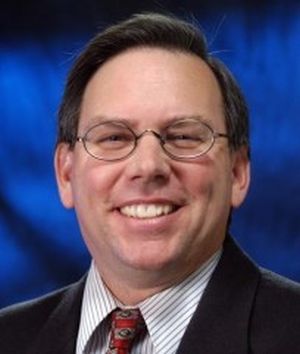 “It was perceived here positively,” Salmonsen said. “He said he’d work on NAFTA and try to get a better deal for our farmers … As Farm Bureau goes, we’ll keep up our advocacy for a deal."

Still, not all of the Trump administration’s work on NAFTA is appreciated by the Farm Bureau. Convention delegates voted to adopt a policy that opposes a U.S. proposal to add a sunset provision in NAFTA that would dissolve the pact after five years unless the three countries acted unanimously to keep it going.

Commerce Secretary Wilbur Ross and Trade Representative Robert Lighthizer have both stressed the importance of such a provision, but it has been widely rejected by Mexico, Canada and the U.S. ag sector.

Salmonsen said Farm Bureau delegates joined in the opposition out of concern “for business certainty,” when it comes to the trade pact.

“A trade agreement like this – one of the reasons you do this is to create an environment within which businesses can make investments,” Canadian Ambassador David McNaughton said in response to the sunset proposal when it was unveiled this summer. “In many of these investments people look to 20 or 25 years for payback.”

Not all of the farm sector is focused solely on preserving the duty-free trade that NAFTA allows. The International Dairy Foods Association (IDFA) is also intent on supporting the USTR’s efforts to get Canada to repeal its supply management system that maintains steep tariffs on U.S. dairy and dairy products.

“The president’s additional comments on (NAFTA) ... seem to indicate a deepening understanding of the critical connection between trade agreements and the farming community,” Dykes said. “He has heard from rural America that trade is woven into the fabric of our businesses. We are pleased that he is listening and hopeful for positive momentum moving forward.”

The negotiations to rewrite NAFTA are still on shaky grounds, though, and leaders of the group Farmers for Free Trade issued a new warning just before Trump’s speech in Nashville. Co-founders and former U.S. senators Max Baucus and Richard Lugar likened the potential loss of NAFTA to a tax hike for farmers and ranchers.

“The quickest way to reverse any regulatory or tax benefits targeted toward rural America would be to withdraw from NAFTA,” Baucus and Lugar said in a joint statement. ”NAFTA withdrawal would not only threaten commodity and stock markets, it would create a massive new tax on American agriculture. In Mexico alone, our chicken exports would see a 75 percent tax, pork would be taxed at 10 percent, and beef taxes would rise to 25 percent. Taking withdrawal off the table is the only way to provide American farmers and ranchers with the certainty they deserve.”