“I come in peace,” one of the panelists joked.

The National Biodiesel Board played host to a handful of unlikely visitors to kick off its conference Tuesday in Fort Worth, Texas. Leaders of three petroleum groups took the stage for a conversation with NBB CEO Donnell Rehagen, where they all did their best to explore points in common between the two industries.

“One of our goals for the next year is to broaden our base … to grow our tribe,” Rehagen told conference attendees. “I believe that we actually have more in common than not with these (petroleum) groups.”

Rehagen led a panel that included Chet Thompson, president and CEO of the American Fuel and Petrochemical Manufacturers; Ryan McNutt, CEO of the Society of Independent Gasoline Marketers of America; and Rob Underwood, president of the Petroleum Marketers Association of America. Perhaps the biggest point of agreement between NBB and the three oil group leaders is the concern over the future of liquid fuels, especially as electric vehicles become more prevalent in the marketplace. 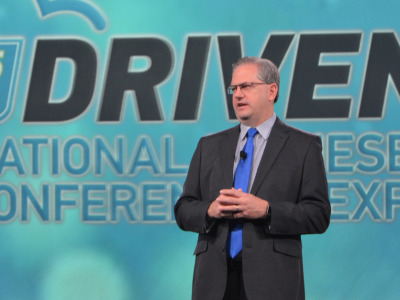 Thompson said that in order to meet fuel efficiency targets under the Corporate Average Fuel Economy (CAFE) rules set by the Obama administration, auto manufacturers say electric vehicles could have a “penetration rate" as high as 40 percent, adding, "You want to talk about market destruction, it’s right there for us.”

As McNutt put it, those pushing for zero-emission vehicles are ignoring the energy production required to power them. He said the requirements for electric vehicles to use – in many cases – conventional, non-renewable energy sources “may not necessarily lead to a better carbon footprint.”

All three speakers from the petroleum groups were also largely complimentary of biodiesel despite their overall opposition to the Renewable Fuel Standard that mandates its use. They noted their concerns had primarily been with the ethanol requirements stemming from the RFS, and Thompson even said biodiesel “has been good for us because we have used biodiesel to comply with other parts of the mandate,” buying up biodiesel when production of other biofuels was lacking or compliance was deemed too costly.

While Rehagen noted NBB’s understanding on many of the liquid fuels issues that were discussed, the RFS discussion didn’t yield the same level of agreement. In particular, he discussed the Notice of Data Availability released by the EPA in September. The biofuels industry was concerned it could lead to reduced biodiesel volumes in upcoming RFS volume requirements, and it triggered a flurry of activity from biofuels groups and Capitol Hill. EPA eventually agreed not to act on the NODA, but Thompson said biofuels groups were giving oil stakeholders too much credit for the effort.

“We got caught off guard with the NODA coming out. We had no advance warning,” he said. But he argued the goals of the NODA – which he said were to examine the domestic production capacity in the U.S. in the event imported biodiesel is halted due to trade disputes – was worth examining. 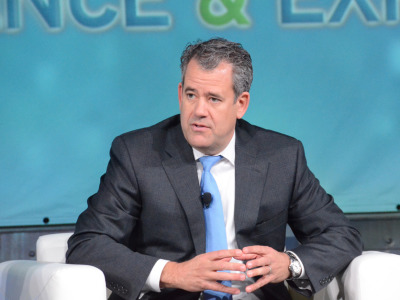 “We were surprised by the level of vitriol that came out of the NODA, because EPA is trying to get information frankly to prevent the house of cards from coming down,” Thompson argued. “You guys view that as a victory, and I understand that, but we as a liquid fuel industry, we better start working together to find solutions. Again, I submit to you, the status quo is not sustainable.”

Unsurprisingly, biofuels groups would likely disagree. But a coalition of sorts might need to be formed in the next several years to give both sides of the debate some level of certainty about the future of the RFS, specifically after congressional mandates expire in 2022. Underwood said neither refinery nor biofuel lobby groups necessarily want the EPA to have total control over the future volume requirements, especially if a new administration might try to use the rulemaking process to promote the use of electric vehicles.

Rehagen agreed, and said he hoped for a new alliance that will be mutually beneficial in the future.

“The timing is really right for us to be here talking like this and having ongoing conversations,” he said. “Really what happens after today in board rooms between all of us is what’s really going to make the difference, and we all have a vested interest working together to have an RFS as it moves forward beyond 2022 that works for everybody.”