School nutrition advocates are offering differing views of a USDA proposal to relax sodium, milk and whole grain requirements for students’ meals, in comments submitted to the department on Monday.

Margo Wootan, vice president for nutrition at the Center for Science in the Public Interest, said that “it makes no sense for the Trump administration to allow schools and companies to reverse course and to jeopardize kids’ health.”

But the School Nutrition Association said that it “appreciates (USDA’s) efforts to address the challenges school districts have confronted in transitioning to updated meal pattern requirements for the National School Lunch and School Breakfast Programs.”

In November, USDA’s Food and Nutrition Service issued a rule allowing schools to continue to offer breakfast and lunch meals with sodium levels that meet “Target 1” limits – such as 600 milligrams or lower in a breakfast for middle schoolers.

Under the Healthy, Hunger-Free Kids Act of 2012 (HHFKA), those sodium levels were scheduled for further reductions for this school year, but Congress used appropriations language to keep the Target 1 limits in place, saying schools were having problems implementing the new requirements. Congress also eased the milk and whole-grain requirements.

USDA then decided in November to extend the flexibility on sodium limits for the 2018-19 school year and proposed to keep the Target 1 levels in effect through school year 2021-22. Also in its School Meal Flexibility Rule, USDA said states could continue to grant waivers to school districts of the HHFKA’s whole-grain requirement in the 2018-19 school year. Those requirements mandate that grains on school menus contain at least 50 percent whole grains, and the remaining grain content must be enriched.

Finally, USDA said that in the 2018-19 school year, schools could serve flavored 1 percent milk to students. Previously, only fat-free milk could be flavored. 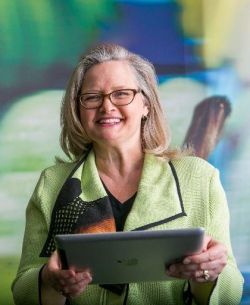 But the rule also asked for comments on whether the changes should continue beyond the next school year.

In comments submitted to USDA's Food and Nutrition Service Monday, the School Nutrition Association supported the FNS plan to keep sodium levels where they are and said its members are concerned about being able to meet the whole-grain requirements.

“The most effective solution is to restore the initial requirement that at least half of grains offered with school meals be whole grain rich,” SNA said. “USDA’s whole grain waivers have been a helpful interim step; however, several states do not readily offer the waiver to struggling schools, or have made the application process so cumbersome that schools overwhelmed by administrative duties are discouraged from applying.”

CSPI also opposed any change to the sodium targets. “Unfortunately, nine out of 10 children consume too much sodium, increasing their risk of high blood pressure, heart disease, and stroke,” CSPI said.

The Salt Institute’s CEO, Lori Roman, said in a statement provided to Agri-Pulse that USDA is “sticking to sound science in halting further sodium reduction in schools. The government’s own Institute of Medicine analyzed available research on sodium and health in 2013 and found no scientific evidence supporting the population-wide sodium reduction targets recommended by the U.S. government. Salt is a necessary nutrient and studies show Americans, on average, already eat in the healthy range.”

The Academy of Nutrition and Dietetics said in comments that its members “are concerned that ongoing delays may lead to a final regulation that would lock in unsafe levels of sodium for children, or even result in an eventual, unacceptable rollback of the sodium standards.” Nevertheless, the academy said that it understood the need to delay the Target 2 levels for sodium until the 2021-22 school year so industry can have more time “to reformulate products and provide additional time for students’ palates to adapt to changes” – one of the reasons cited by USDA for a proposed delay.

The School Nutrition Association said there is not enough scientific evidence to justify lower sodium targets. SNA said the Target 1 levels should be maintained and the next two target levels eliminated.

CSPI, however, said that “while reformulation does take time and resources, industry already had five years to meet Target 2 (since the 2012 final rule) and the proposed three-year delay would result in a total of eight years – nearly a decade to reformulate.”

CSPI, however, said allowing flavored low-fat milk is “inconsistent with dietary advice and school needs” and would probably result in meals exceeding the calorie maximum.