One would think a state’s effort to introduce more low-carbon fuels into the gas tanks of consumers would be cheered by renewable fuels stakeholders of all shapes and sizes. But one would be wrong, because the issue is generating plenty of heartburn for some renewable fuel advocacy groups who now are pointing fingers at each other.

The National Biodiesel Board has consistently said some good things about the Low Carbon Fuel Standard unveiled in California in 2009. But ethanol company POET has filed two lawsuits over the policy.

In 2009, company CEO Jeff Broin called it a “well-intentioned but significantly flawed policy.” After a legal victory in 2013, POET noted it was “pleased the court recognized the fundamental flaws in (California Air Resources Board’s) process for implementing” the LCFS. In April of 2017, POET Chief Operating Officer Jeff Lautt got a little more specific with the company’s issues with the state's LCFS in response to another legal decision.

“We appreciate that the court recognized that state regulations must be based on solid science to deliver cleaner, more affordable options at the pump,” Lautt said. “POET supports an LCFS that’s based on sound science and allows all renewable fuel access to the market to improve California’s health and environment.”

POET contends the methodology and implementation of California’s LCFS was unfair to corn ethanol. The specific list of grievances is a long one, but includes familiar industry jargon like "indirect land use change" and concepts like “fuel shifting,” which POET argues would occur when more carbon-intensive fuels are sent to other states without an LCFS in place.

At least one industry stakeholder hopes the company calls it quits. 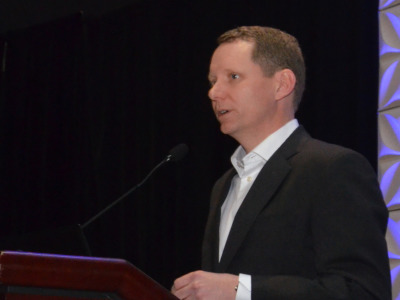 “I think it’s clear to quite frankly everybody but POET, and maybe even POET at this point, that this just isn’t working out and that they’re wasting money and, frankly, kind of screwing us in the process,” he added.

Neal spoke much more favorably of the LCFS, saying for it to work, “you’re going to need a ton of everything.” But he also admitted that there “is really no solution on the gasoline side” of the standard, which is leading to “extreme over-compliance on the biomass-based diesel side.”

“If you’re us, that’s a really positive thing,” Neal said.

But POET and ethanol supporters don’t agree that there is no solution to the gasoline problem. With other states and Canadian provinces either implementing or considering an LCFS, there’s an interest in making sure ethanol is treated well in potential language. Chris Bliley, vice president of regulatory affairs for Growth Energy – of which POET is a member - told Agri-Pulse any future LCFS needs to recognize the potential for conventional ethanol in carbon reduction.

“It makes little sense to exclude Midwestern corn ethanol if it reduces greenhouse gas emissions, as we’ve seen in all the data,” Bliley said. “I think if you’re using older data or looking at things that have significantly changed within the industry, I think that’s where things can go awry.”