The Environmental Protection Agency plans to publish a new proposal to define “waters of the United States” under the Clean Water Act in April or May, with a final rule to follow by the end of the year, EPA Administrator Scott Pruitt said Tuesday.

His remarks came at a Senate Environment and Public Works Committee hearing marked by criticism from Democrats and praise from Republicans. It was the first time Pruitt had appeared before EPW since his confirmation hearing a little more than a year ago.

Since then, Pruitt has offered optimistic predictions of how quickly his agency would be able to repeal and replace the WOTUS rule, known by its supporters as the Clean Water Rule. At an appropriations hearing last June, he said a new rule would be in place by the end of March 2018.

EPA has taken comments on its proposal to rescind WOTUS but has not officially rescinded the rule.

In an exchange with Sen. Deb Fischer, R-Neb., Pruitt said adopting a new WOTUS rule would not be an example of deregulation “in the traditional sense.” Instead, he said, “We will be providing regulatory certainty because there are steps being taken to provide a substitute for WOTUS.”

Sen. Joni Ernst, R-Iowa, thanked Pruitt for “providing key commitments to maintain the letter and the spirit of the Renewable Fuel Standard.” But she also wanted to know the status of EPA’s review of Reid Vapor Pressure (RVP) requirements that prevent the selling of higher blends of ethanol year-round. 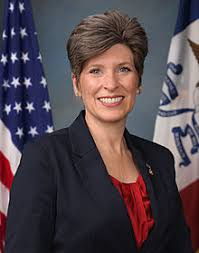 Pruitt said EPA is looking at whether it has the authority to expand the waiver for E15. “It’s not really a policy issue,” but a legal one, he said, telling Ernst, “We look forward to getting that answer very soon.”

In an interview Tuesday afternoon with Fox News, Pruitt expanded on his views on the RFS. “That Renewable Fuel Standard is something that impacts our economy, sometimes in a very difficult way ... This is an issue that as we talk with Congress, we need RIN reform, we need RFS reform, in this area.”

In the Fox interview, Pruitt said, “We need to find a balance" on enforcement and administration of RINs, the Renewable Identification Numbers that are used to track compliance with the RFS.

Sen. Cory Booker, D-N.J., said he was concerned about EPA plans to review aspects of the Worker Protection Standard, a rule to protect farmworkers from pesticide exposure. In December, EPA asked for comments on the WPS that focus on the minimum age requirement of 18 years; the Designated Representative provision, which allows workers to designate a person to receive information about pesticide applications; and the Application Exclusion Zone, which requires a buffer zone when spraying to protect workers and anyone else who might be nearby.

The minimum age requirement “was put in place because pesticides can increase the risk of cancer for children whose brains are still developing,” Booker said. And the Designated Representative provision “is often (farmworkers’) best chance for getting an advocate.”

Booker noted that EPA cited President Trump’s Executive Order on deregulation but not a previous E.O. on environmental justice. “You don’t have anything in (the proposal) expressing concern about disproportionate impact on low-income folks and minorities,” Booker said, referring to the proposal and asking Pruitt to get back with him on the environmental justice issues.

Democrats such as ranking member Tom Carper, D-Del., also took aim at Pruitt’s record and statements. Carper was particularly agitated when criticizing Pruitt for “misrepresenting” President Barack Obama’s position on whether economic growth and environmental protection are achievable at the same time. Pruitt has said the Obama administration forced Americans to choose between jobs and the environment, but Carper noted that Obama repeatedly said that the two can go together.

Two farm-state senators credited Pruitt’s deregulatory actions with increasing their states’ employment rolls. Fischer said Nebraska's 2.7 percent unemployment rate is a direct result of Pruitt’s efforts at EPA “to streamline the regulatory process that has for many years negatively impacted job creators’ ability to hire workers because they were forced to allocate resources to comply with many cumbersome regulations.”

Ernst said Pruitt’s “back-to-basics approach has helped Iowa’s unemployment rate dip below 3 percent for the first time since the year 2000.”