Home » A new farm bill in 2018? Timing will be (almost) everything
News Politics Food Cover Crops

A new farm bill in 2018? Timing will be (almost) everything

01/31/18 6:55 AM By Sara Wyant
KEYWORDS farm bill House Agriculture Committee Mike Conaway Pat Roberts Senate Agriculture Committee
The Senate and House Agriculture committees are gearing up to move a new farm bill in both chambers before the March recess, if some key funding issues get settled in time. The goal, according to Senate committee staff, is to have time to negotiate differences between the House and Senate bills this summer and before the current bill expires on Sept. 30, 2018.
But first, they need to wait for other parts of the legislative agenda to come together. That includes avoiding another government shutdown on Feb. 8, wrapping up a giant, omnibus spending bill by March that would fund the government through the rest of fiscal 2018 and a passing disaster bill that could provide new funding for cotton and dairy producers.

“You don’t know what the (funding) baseline is going to be” until the cotton and dairy provisions get enacted, Roberts recently told Agri-Pulse. “Without a baseline, and without dairy and cotton off the table, it’s going to be very difficult to get something done” on the farm bill.

Conaway plans to move first on committee markup, perhaps in late February or early March, with the goal of getting a bill passed by the House in March.

Roberts said a farm bill needs to move in March, ahead of the two-week Easter recess which kicks off March 26, in order to get the legislation enacted this year.

“Once you get to a certain part of the year people start talking about an extension and that’s so much easier than doing a farm bill. That just gains steam and then you’re really in a pickle,” Roberts said.

Under a “best case” scenario, funding issues will be resolved by Feb. 8 and the Congressional Budget Office will update its baseline report so committee members will know their dollar limits. And then committee staff can work with CBO to obtain budget scores on more proposals – a process that also takes time.

For now, GOP Committee staff say they are “moving full-speed ahead” on writing language, while patiently waiting to see what additional dollars will be available for both dairy and cotton from the disaster relief package. And with no other additional dollars expected to emerge, finding sufficient funds to reform or increase spending on other programs will also be tough. 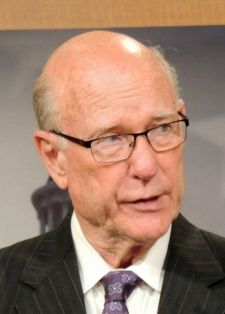 “We are scrubbing thorough programs,” looking for ways to find additional savings that can be used for other authorities or to provide additional flexibility, a staff member told Agri-Pulse. USDA staff is assisting in the effort to see if any additional savings or options can be found.

That includes finding funding for the 39 farm bill programs that have no baseline after the current bill expires. These programs – including conservation, bioenergy, rural development and more – had estimated mandatory spending totaling $2.824 billion over the five-year farm bill, according to a Congressional Research Service report.

Staff members say there is no guarantee that there will be mandatory funding for each of these 39 programs going forward, but that there may be a way to improvise so that desired program outcomes can still be achieved by shifting focus within programs to address pressing issues like the opioid crisis.

With new farm bill, patience will be a virtue
Ag Energy Coalition wants renewables to be a priority in farm bill

Regarding the nutrition programs, there will be a focus on nutrition program integrity, especially on how states are delivering federal dollars. But unlike the House Ag Committee, the Senate Ag Committee is unlikely to put much focus on categorical eligibility, which essentially allows low-income people in participating states to automatically qualify for the Supplemental Nutrition Assistance Program. Income limits for eligibility vary by state.

“We are realistic. We want a bipartisan vote not only in committee but also on the floor,” emphasized a staff member.

Several senators are interested in expanding the maximum number of acres that can be enrolled in the Conservation Reserve Program (CRP) from the current 24-million-acre limit imposed by the 2014 farm bill. With no new funds available, staff suggested that increasing the CRP cap might require re-allocating dollars from other conservation programs.

Crop insurance might also be adjusted to make sure it’s more responsive to growers in all parts of the country with all types of production, including those in hurricane-damaged parts of the country who had a “mixed experience” when they didn’t purchase crop insurance. The staff member also suggested that the committee would leave the conservation compliance provisions alone. The 2014 farm bill made conservation compliance a requirement for participating in crop insurance. It had previously only applied to commodity and conservation programs.

There is “a lot of benefit to the environmental community supporting the bill. … Our assumption is that they are going to hold firm and help us get a bill passed.” A broad base of support will be necessary because "we expect attacks on the (crop insurance) program from folks who really don’t understand how crop insurance works,” noted a staff member. “No matter what we do, we expect a whole range of amendments.”

There will also be an effort to provide additional regulatory relief as part of the Senate version of the farm bill – something that won’t require more baseline funding. For example, making it easier to manage forest lands and providing growers who participate in certain conservation programs to improve water quality with more regulatory certainty.

All of this, of course, depends on whether Senators will have sufficient time – between their other duties like confirming new nominees and dealing with issues like federal funding, infrastructure, immigration and more.