It may not be fair to put so much pressure on Gregg Doud, but much of the U.S. ag sector is counting on the farm economist from Kansas to be their chief trade negotiator and help prevent the dissolution of vitally important trade pacts and open up lucrative new markets across the globe.

With the ag economy in dire straits – net farm income has declined nearly 50 percent over the past four years – the primary area of growth with the potential of lifting commodity prices and reducing stockpiles – is trade.

Farm groups are certain they’ll have a much better chance at success in all of those goals as soon as Doud is sworn in as the next chief agriculture negotiator for the U.S. Trade Representative.

Doud’s nomination has not gotten a final vote on the Senate floor, but it’s looking like that will happen soon now that Arizona Sen. Jeff Flake has released a much-criticized hold on the man who sailed through his nomination hearing with bipartisan support. 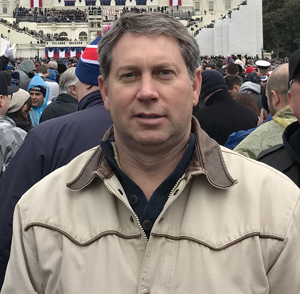 “With talks continuing on NAFTA, the Korea-US trade agreement, and access to many other markets still up in the air, it's imperative that the U.S. Senate now move as quickly as possible to confirm Doud's nomination," National Cattlemen’s Beef Association President Craig Uden said last week in reaction to the Flake announcement. Uden's term as president expired Saturday.

“America’s dairy farmers depend on carefully calibrated trade agreements, such as (NAFTA) and (KORUS),” said National Milk Producers Federation President and CEO Jim Mulhern. “We need a strong advocate for agriculture in the USTR during this crucial period.”

Dale Moore, a fellow Kansan who works as the executive director of public policy at the American Farm Bureau Federation, lauded Doud’s nomination.

“We know that we’ve got someone that not just understands the business of agriculture, but someone that grew up on a farm with his boots in the dirt and he’s got the title and portfolio to help all of us in agriculture,” said Moore, who was the executive director of legislative affairs for NCBA while Doud was the group's chief economist. “Bi-laterals, multilaterals, WTO-sized agreements – all of those are so important to us in agriculture and we need someone of Gregg’s caliber ready to work on those.”

And he will have a lot of work, starting with NAFTA. President Donald Trump, Commerce Secretary Wilbur Ross and USTR Robert Lighthizer have all made it clear that the U.S. could exit the massive trade pact with Mexico and Canada at any time.

That would be a major blow for the U.S. agriculture sector that counts on the virtual elimination of ag tariffs under the pact to sell billions of dollars worth of corn, sorghum, barley, wheat, rice, beef, pork, poultry and dairy to our North American neighbors.

“From farmers who can export goods to Mexico and Canada to consumers who pay less at the grocery store, the benefits of NAFTA span across all sectors of the U.S. economy, bringing jobs and economic prosperity to millions of American families,” said National Corn Growers Association President Kevin Skunes in an editorial published Monday. “For example, agricultural exports from the U.S. to Mexico and Canada have grown by 450 percent since 1994 and supported $127 billion in annual economic activity.”

USDA chief Sonny Perdue continues to hammer the importance NAFTA to agriculture, but he’s not at the negotiating table. Doud will be.

While Doud may not be able to single-handedly prevent the U.S. from pulling out of NAFTA and KORUS, he will provide much-needed muscle to the U.S. negotiating team, “bringing reason to the table” and making sure that the needs of agriculture have a loud voice in the talks, Delaware Agriculture Secretary Michael Scuse told Agri-Pulse. 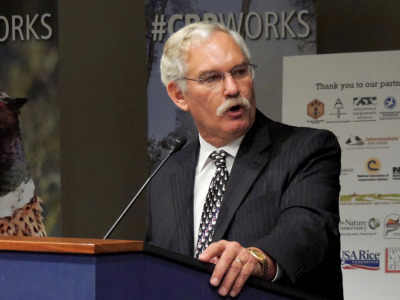 The USTR needs Doud as soon as possible, said Scuse, who was an undersecretary for farm and foreign agricultural services at USDA during the Obama administration.

But there’s a lot more expected from Doud than just a good defense. Farmers and ranchers want new trade deals with countries to expand exports and Japan is at the top of most lists.

A bilateral free trade agreement with the Land of the Rising Sun is seeming less and less likely as Japan’s focus is now primarily on implementing its new pact with the European Union as well as the Trans-Pacific Partnership, but that could be useful to a savvy ag negotiator at USTR.

One of the first things Trump did as president was pull the U.S. out of the TPP, but its other 11 members – Japan, Mexico, Canada, Australia, Vietnam, Brunei, Chile, New Zealand, Peru, Singapore and Malaysia – are now moving on without the U.S. While Japan has rebuffed U.S. offers for a bilateral, the country has encouraged the U.S. to rejoin.

That didn’t seem possible until last month when Trump floated the possibility while in Switzerland to attend the World Economic Forum.

The Farm Bureau has estimated that tariff cuts and other measures in the TPP would net U.S. farmers an extra $4.4 billion annually and Moore told Agri-Pulse that there may still be a chance to save it with Doud’s help.

“The president cracked that door open a bit and it is certainly something that all of us … are doing what we need to be doing to help get that door opened a little further and get ourselves re-engaged on that front.”