The U.S. is counting on an expensive campaign to protect nearby territories from African swine fever as well as international respect for the World Organization for Animal Health to protect American pork production and exports.

ASF has been detected in the Dominican Republic and Haiti, and if it reaches the U.S. territories of Puerto Rico or the U.S. Virgin Islands — just short boat rides away — major pork importing countries would be within their rights to ban all U.S. pork. That is, unless the U.S. successfully uses a new provision in the World Organization for Animal Health’s chapters called the “protection zone.”

“Think about it as an insurance policy in case Puerto Rico or the U.S. Virgin Islands gets infected,” said Jack Shere, associate administrator of USDA's Animal and Plant Health Inspection Service. “Those (OIE) rules are the basis for that protection zone. … It allows countries that know foreign animal disease is on their borders to protect themselves by putting in this protection zone.”

APHIS is spending millions of dollars to help the Dominican Republic and Haiti stamp out ASF, the virulent and deadly swine virus that can devastate a country’s pork industry, as well as erect the protection zone around the two nearby U.S. territories, Puerto Rico and the U.S. Virgin Islands.

The World Animal Health Organization, which also goes by the French acronym OIE, is now reviewing the U.S. claim that it has properly installed the protection zone by taking measures to prevent the entry of the disease, establishing a surveillance system to detect the virus and erecting barriers that would prevent the disease from spreading to the U.S. mainland if it were detected on the islands. 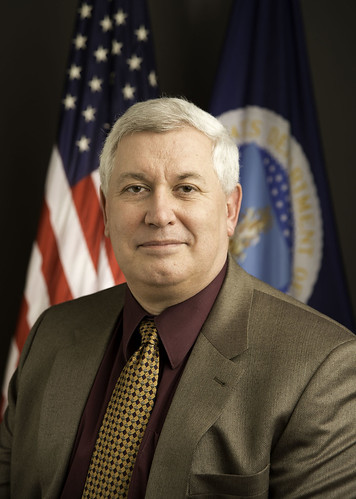 Agriculture Secretary Tom Vilsack announced last week $500 million in funding that USDA will use to combat ASF. A portion of those funds will go to helping the Dominican Republic and Haiti stamp out the disease as well as maintain the protection zone, according to an APHIS spokesperson.

The spokesperson said “USDA is transferring $500 million from the Commodity Credit Corporation to APHIS to support activities related to African swine fever findings in pigs in the Dominican Republic and Haiti. The funding allows APHIS to work with our international partners to conduct monitoring, surveillance, prevention, removal, and other activities to prevent the spread of ASF and protect the health of the nation’s swine herd and U.S. trade,” the spokesperson said. “Additionally, the funding will support enhanced exclusion, surveillance, testing, laboratory, and response preparations on the mainland, Puerto Rico, and the U.S. Virgin Islands.”

Keeping ASF out of Puerto Rico and the U.S. Virgin Islands is key, and that’s why APHIS says it is doing everything it can to help eradicate the disease from the Dominican Republic and Haiti, but the protection zone and the layer of insulation it places between the U.S. territories and the U.S. mainland is even more important, according to U.S. industry officials. That’s why the U.S. banned all pork and live pigs from the territories even though the disease isn’t there.

If the disease does spread there, APHIS is counting on the protection zone to make sure that U.S. pork exports are not impacted.

But there is no guarantee. The OIE is recognized by the World Trade Organization and the Food and Agriculture Organization of the United Nations but does not have any regulatory authority over its 182 member nations, which can choose to disregard its standards and procedures.

“NPPC has been very supportive of the actions that USDA is taking to protect the U.S. pig industry from potential loss of exports, were ASF to be found in Puerto Rico or the U.S. Virgin Islands,” she told Agri-Pulse. “Our trading partners are members of the OIE and we should expect they will abide by the OIE code and accept the protection zone.”

Shere tells Agri-Pulse he is certain the APHIS submission of a protection zone plan to the OIE is complete and the organization will soon post it for all members to read. But USDA representatives will also be contacting major pork importing countries to make sure they are aware of the zone to ensure trade will continue.

“Now that the dossier has been submitted to the OIE to establish the protection zone, APHIS will work to confirm that individual countries recognize and accept the zone,” the USDA agency said in a statement. “APHIS is confident that its many existing preventive measures and mitigations, along with the protection zone, will protect our livestock industry from ASF and ensure the continued export of pork.”