The International Agency for Research on Cancer received a fresh round of criticism Tuesday on Capitol Hill for its review of glyphosate - the world's most widely used herbicide - which IARC found to be a probable human carcinogen three years ago.

Republican lawmakers on the House Science, Space and Technology Committee claimed that IARC, part of the World Health Organization, manipulated or did not consider relevant data.

“There are real repercussions to IARC’s unsubstantiated claims, which are not backed by reliable data,” Science Committee Chairman Lamar Smith, R-Texas, said. “Labeling requirements will drive costs up for farmers and consumers and create unjustified public fear. IARC’s irresponsible handling of data does real harm to job creators and the public’s view of the scientific process.”

But ranking member Eddie Bernice Johnson, D-Texas, pushed back. While acknowledging that Roundup, whose active ingredient is glyphosate, “has helped farmers get greater yields of corn and other agricultural products,” she also said that “the widespread prevalence of glyphosate has raised serious concerns about its toxicity and potential cancer-causing properties.” 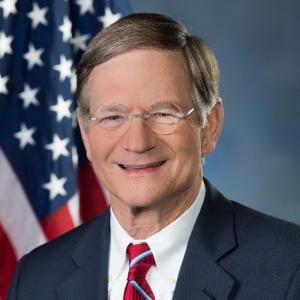 It’s not clear what will come of the hearing. Committee spokesman Brandon VerVelde said, “On next steps, I'd echo Chairman Smith's and other members' sentiments from the hearing: The members must now consider whether the American taxpayers should continue to fund the IARC Monograph Program in its current form.”

The National Institutes of Health and the Centers for Disease Control and Prevention provide about $6 million of IARC’s approximately $54 million annual budget, according to figures from the agency.

The IARC conclusion is being used as the basis for California’s plans to label glyphosate-containing products. That state’s Proposition 65 requires warning labels when products contain chemicals “known to the state to cause cancer,” according to California’s Office of Environmental Health Hazard Assessment.

Wheat growers, Roundup-maker Monsanto, and other commodity and farm groups are suing California in federal court over the Prop 65 decision, which has yet to result in actual labeling of any products, though that could come this summer.

At the hearing, two witnesses said IARC’s process is outdated and needs an overhaul, one defended its process, and one, EPA senior scientist Anna Lowit, discussed EPA’s conclusion in a recent report that glyphosate is not likely to be a human carcinogen. She did not offer any comments on IARC or its process except to say that IARC conducts hazard assessments, not risk assessments.

Timothy Pastoor, CEO of Pastoor Science Communications, said that IARC relies on an “antiquated and irrelevant hazard classification scheme” that fails to provide the proper context for its findings.

“The program must shift from a ‘hazard-only’ scheme to a process that incorporates potency and exposure, and expresses its conclusions in risk assessment terms,” Pastoor said.

Robert Tarone, who worked as mathematical statistician at the National Cancer Institute and is now biostatistics director at the International Epidemiology Institute, said IARC had used data that supported its conclusion while ignoring other data, even when it was included in the same study.

But Jennifer Sass, a senior scientist at the Natural Resources Defense Council, defended IARC’s consideration of data for the monograph, noting that the agency will not consider unpublished data. She also referred to a letter from IARC Director Christopher Wild to the House Science Committee last month, in which Wild said IARC did consider AHS data that had been published.

IARC itself responded to criticism of the glyphosate monograph, saying that "since the evaluation of glyphosate by the IARC Monographs Program in March 2015, the Agency has been subject to unprecedented, coordinated efforts to undermine the evaluation, the program and the organization. These efforts have deliberately and repeatedly misrepresented the Agency’s work."