Experts duel at court hearing on Roundup and cancer

It was the battle of the experts at what was dubbed “Science Week” in a federal court in California last week, as lawyers for plaintiffs and for defendant Monsanto put witnesses on the stand to try and explain the intricacies of toxicology and epidemiology to a federal and a state judge.

The ultimate question is whether there is enough evidence to link Roundup exposure with non-Hodgkin lymphoma (NHL), a type of cancer that plaintiffs in more than 350 lawsuits consolidated in federal court in San Francisco claim was caused by their exposure to the weed-killer. Glyphosate is the active ingredient in Roundup, the world's most widely used herbicide.

But first, U.S. District Judge Vincent Chhabria presided over what is known as a Daubert hearing, named for a Supreme Court opinion that laid out a standard for determining when an expert’s scientific testimony should be allowed. The testimony must be “based on reasoning or methodology that is scientifically valid and can properly be applied to the facts at issue,” according to Cornell Law School’s Wex Legal Dictionary.

Lawyers for both sides will sum up their arguments on Wednesday before Chhabria, who will then have to decide whether to allow expert testimony at trial.

“If Judge Chhabria determines that the experts used valid methodologies, then the cases would proceed to trial and the experts would provide evidence and testimony regarding whether Roundup generally causes NHL and additionally whether that propensity for inducing NHL caused a particular Roundup user’s NHL,” according to the Baum Hedlund Aristei Goldman law firm, which is representing plaintiffs. “The jury would then decide whether the evidence more likely than not shows Roundup caused the individual’s NHL.”

“If plaintiffs don’t win this Daubert hearing they will fail to prove glyphosate can cause cancer and these federal cases should be over,” Scott Partridge, Monsanto’s vice president of global strategy, told Agri-Pulse in an email. “This would also be an important and persuasive precedent for the various state cases.”

In addition to the consolidated federal case, there are thousands of state court cases around the country with similar allegations.

Chhabria was accompanied by Alameda County Superior Court Judge Ioana Petrou, who is handling cases in California and, like Chhabria, jumped in with questions for the experts.

Much of the discussion centered on the validity of research done by the federal government’s Agricultural Health Study (AHS), which in 1993 began to follow 89,000 licensed pesticide applicators and their spouses in Iowa and North Carolina.

A paper released in November based on results from the study said “no association was apparent between glyphosate and any solid tumors or lymphoid malignancies overall, including NHL and its subtypes.” The paper also said there was “some evidence of increased risk of (acute myeloid leukemia) among the highest exposed group that requires confirmation.”

The plaintiffs have criticized the study results because, they say, not enough participants filled out follow-up questionnaires. 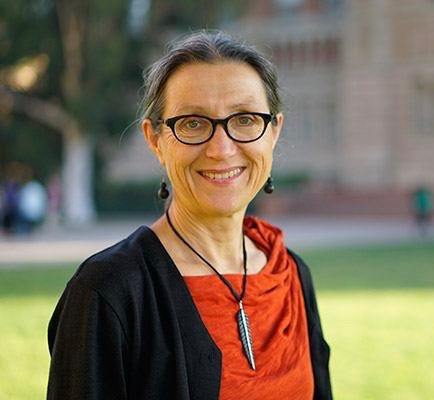 Plaintiffs’ witness Beate Ritz, vice chair of the epidemiology department at UCLA’s School of Public Health at UCLA, called the AHS “a beautiful study” with “a very big amount of useful data.” But, she added, cohort studies – which follow a group of people for an extended period – suffer from having to rely on participants’ memory.

In addition, she said the circumstances of collecting information were not ideal. Participants, who were given AHS questionnaires when they attended training to get their applicators’ licenses, had “to fill out 20-some pages within half an hour . . . reconstructing their own exposure history.” The result is “failures in memory, failures in reporting,” she said.

But Monsanto witness Lorelei Mucci, an epidemiologist at the Harvard T.H. Chan School of Public Health, said numerous checks were built into the AHS to account for any misclassification or bias.

Asked about the questionnaire process by Chhabria, Mucci said, “I think with epidemiology questionnaires, we are always concerned about the potential for measurement error misclassification. What's nice about the Agricultural Health Study was they evaluated the reliability of the responses.”

She also disagreed with Ritz that a weakness of the AHS is that too many people were exposed to glyphosate. “In fact, it's a real strength that 83 percent of the cohort is exposed, because we can look at a whole range of exposure,” she said.

Chhabria and Petrou were active participants throughout the week-long hearing, frequently asking questions of the witnesses. Chhabria also kept control of the proceedings, at one point telling plaintiffs’ lawyer Michael J. Miller that his line of questioning “is not helpful to anybody,” and at another admonishing Monsanto attorney Joe Hollingsworth to provide a witness with the full context of quotes from his deposition, and the location of those quotes in the record, so the witness could find them.

More information and documents are here.