Sugar sector has a lot riding on NAFTA success

Mexican sugar farmers, U.S. refiners and the U.S. food sector have a lot riding on the current efforts to renegotiate the North American Free Trade Agreement.

The complex arrangement allowing a substantial flow of Mexican sugar into the U.S. market is, at its core, based on an original side deal made when NAFTA was first implemented 24 years ago, but which could fall apart if the trade pact disintegrates, says Jason Hafemeister, USDA’s trade counsel.

U.S. and Mexican industry representatives agree that if the U.S. were to pull out of the massive three-country trade pact that is currently being renegotiated, the flow of Mexican sugar to the U.S. could be severely restricted, cutting off almost all of the Mexican exports that help keep U.S. refiners operating.

The result – at least in the short term – would be chaos as Mexico looked for new ways to use the sugar it was accustomed to selling to the U.S. and as the U.S. looked for new foreign supplies to replace imports from Mexico.

Mexico exports about 1.3 million short tons of sugar to the U.S. annually, all of which enters tariff-free. If NAFTA is terminated, that is expected to end, reducing Mexican imports to the pre-NAFTA quota of about 8,000 tons, said Pat Henneberry, a senior vice president for the Imperial Sugar Company.

During the original NAFTA negotiations more than two decades ago, the U.S. and Mexico signed off on the side deal, which gradually reduced U.S. tariffs on Mexican sugar. In 2008 those tariffs dropped to zero and Mexico’s access to the U.S. sugar market was completely open, unlike all other foreign suppliers that are assigned quota allotments every year.

Unlimited access for Mexico lasted several years until the U.S. accused Mexico of dumping sugar into the U.S. at below-market prices. In late 2014, Mexico agreed to new limitations in order to avoid retaliatory duties. That “suspension agreement” was then amended in 2017, requiring that 70 percent of imports from Mexico be raw and allowing the remaining 30 percent to be refined.

“If NAFTA were to be … terminated, what would happen is the tariffs that we committed to zero under NAFTA would bounce back to our WTO-allowed tariffs of about 15 cents per pound – basically a 100 percent tariff,” said Hafemeister, who spoke this week at the International Sweetener Colloquium in Orlando, Fla. “That’s what would govern trade with Mexico. The suspension agreement would still be there on paper. The duties would be suspended, but imports from Mexico would still face very high tariffs.”

President Donald Trump has threatened to pull the U.S. out of NAFTA several times, and stressed the possibility of that happening again Monday. If that happened, USDA and the office of the U.S. Trade Representative would likely have to scramble to increase the quota sizes for major sugar-exporting countries like Brazil, Australia and Thailand in the hopes that they could make up for the loss of Mexican sugar, say U.S. industry sources.

It’s the USDA that sets the size of the U.S. sugar Tariff Rate Quota (TRQ) and it’s the job of the U.S. Trade Representative to divvy that quota up among 40 countries.

It would be a major undertaking, Hafemeister said.

“We have certain authorities in conjunction with inter-agency consultation to assess market needs and provide additional access to quotas,” he said. “We would be in a very difficult position of making those determinations in Washington.”

And one sugar industry official stressed that, at least early on, there might not be enough in those 40 countries to satisfy the U.S. need for imported sugar.

Trump's vow to withdraw from NAFTA has Ag sector on edge
Potato farmers see a lot to gain in renegotiating NAFTA
Daybreak March 24: Ag has a ‘lot to offer’ in cutting carbon

It would be possible for Trump to reduce the tariffs on Mexican sugar even after a U.S. withdrawal from NAFTA, but that’s extremely unlikely, said Bill Reinsch, a senior advisor to the Center for Strategic and International Studies, who spoke on a panel at the International Sweetener Colloquium. 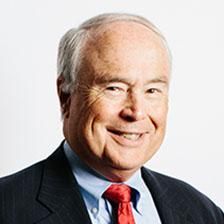 Countries bound by a free trade pact can lower tariffs for each other without doing the same for all WTO countries, he said. That’s against the rules outside of a trade pact.

“Within NAFTA we can go to zero and we don’t owe anyone else anything,” Reinsch said. “But if we’re not in NAFTA, that agreement no longer protects us. If we went to zero on Mexican sugar outside NAFTA, every other producing country in the world would demand the same thing and under WTO rules, we’d be obliged to do that.”

Walter Kaudelka, CFO of North Carolina-based Hospitality Mints, told Agri-Pulse he’s not worried. Sugar supplies continue to be plentiful in the U.S. and he predicts that if imports from Mexico dry up, other foreign producing countries will quickly make up for any disruption.

He did stress, however, that if the USTR were to significantly increase quotas around the globe, that might be the first step toward a long-held desire by sugar-purchasers in the U.S. – the eventual pooling of all the individual quotas into one global TRQ that would give more price leverage to importers.

The chaos that a dissolution of NAFTA would cause to the sugar trade would be intense, but the impact on trade in high fructose corn syrup (HFCS) could be even more severe. The U.S. exports about 1 million tons of the sweetener to Mexico annually, and that could come to a halt, said Craig Ruffolo, a vice president and commodity expert for the McKeany-Flavell Company.

Mexico, he told Agri-Pulse, would be dealing with a sudden increase of sugar supplies that normally would be shipped north of the border while at the same time watching tons of HFCS entering the country to sweeten domestic soft drinks.

“To eliminate the exacerbation of an over-supplied sugar market, you’ll want to limit your competition,” he said of Mexico. “In this case your competition is HFCS. Limit that to almost zero and then your (soft drink) bottlers will come back to sugar and you will use up all that surplus.”

Ruffolo and Frank Jenkins, president of JSG Commodities, agreed that Mexico would be sure to slap tariffs on U.S. HFCS of as much as 200 percent if NAFTA tanked and the U.S. restricted Mexican sugar.