When China announced last week that it was taking aim at U.S. sorghum exports, it was widely seen as retribution for U.S. trade aggression. But the new Chinese anti-dumping investigation also fits into a wider pattern of the country's efforts to dig itself out of massive corn stockpiles.

“There’s never a single reason for anything the Chinese do,” says Fred Gale, an economist for USDA’s Economic Research Service.

While any Chinese actions to block U.S. sorghum exports would hurt the U.S., they would also help ongoing efforts by China’s government to force domestic feed mills, ethanol plants and other industry to buy more Chinese-grown corn.

That Chinese government push even has a name – the "supply side structural adjustment" – and its primary goal is to rid the country of its massive surplus.

It’s a very difficult job, say U.S. government and industry officials who asked not to be named because of the growing volatility in U.S.-China relations and because they are not authorized to speak publicly.

Thanks to previous government price-support programs that pushed domestic corn prices to nearly $10 per bushel, Chinese industry turned to imports of corn, distiller’s dried grains with solubles (DDGs) and sorghum. The result was massive domestic stockpiles. Chinese estimates range between 90 and 175 million metric tons, but U.S. industry sources say there could be as much as 300 million tons of aging and deteriorating corn in storage facilities.

High level officials at the Office of the U.S. Trade Representative and the USDA are leaning heavily toward the theory that China's self-initiated investigation into sorghum is essentially a sign of retaliation against U.S. tariffs on Chinese washing machines, solar cells, aluminum foil and other products, says one U.S. government official, stressing there’s still uncertainty.

That uncertainty is ubiquitous in the U.S. ag sector. One U.S. industry official who asked not to be named because of business ties with China said it’s impossible to be sure of anything where the Asian nation is concerned.

“That’s the biggest challenge with so many of these Chinese actions – we never know if it’s retaliation or whether it’s just them trying to manage the economics of their market,” the industry official said. “Sometimes you probably want to assign both.”

That could be the case for China’s decision last year to increase tariffs from 5 percent to 30 percent on U.S. ethanol as well as hit U.S. DDGs with tariffs worth roughly 90 percent of the commodity’s value. Both actions could be seen as punishing the U.S., but they also serve China’s goal to drive up consumption of domestic corn supplies.

China bought 6.3 million tons of DDGs in 2015, valued at about $1.6 billion, according to data maintained by the U.S. Grains Council. The tariffs virtually wiped out that trade.

USDA’s Gale doesn’t rule out a retaliatory aspect of the investigation that could result in steep tariffs on U.S. sorghum, but points out that without the availability of imported sorghum, more Chinese feed companies would be forced to buy up domestic corn. And the Chinese government has been very clear that reducing domestic corn stockpiles is a priority. 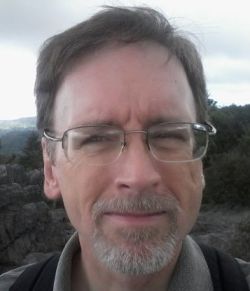 That priority is seen as one of the main drivers behind the recent Chinese push to expand the country’s ethanol production. Construction recently began on two new ethanol plants in China that are expected to increase the country’s production of the corn-based fuel by up to 33 percent by 2020, according to a new analysis by USDA’s Foreign Agricultural Service

Sorghum may be poised for a rally and shift to more food uses
China ending 2020 with big imports of US soy, wheat, sorghum and corn
China: Trade war tariffs to be cut

On an even larger scale, the FAS analysts say SDIC is planning to start building up to seven more ethanol plants over the next five years to consume between 13 to 17 million tons of corn per year.

Another massive undertaking by the Chinese government is to move the country’s huge pork industry to the northeast, closer to China’s corn fields and storage facilities, according to the FAS analysis.

China is the world's largest pork producer, but most of the companies are located in the southeast, and it’s often cheaper to buy feed made from U.S. grains than domestic feed produced in the northeast.

Land transportation is so inefficient that if Chinese farmers want to sell their grain to domestic feed companies and hog producers, they have to take the grain to a port, put it on a ship and send it that way, said a U.S. industry source.

Last summer the Chinese government released a report titled “Accelerating the Development of Modern Animal Husbandry in the Main Grain Producing Areas of North Eastern China” and already it’s having an impact.

Still, many of these efforts will take years, and it’s unclear if China is making progress in reducing its corn stockpiles.

“As recently as six months ago, there was widespread industry consensus that China’s state inventory liquidation program would take two to three years to return to ‘normal’ levels,” the FAS analysts said in the report out of Beijing. “Today, industry sources report that there is no consensus about the timeline for a reduction of China’s massive corn stocks to ‘normal’ levels as estimates vary widely from 18 months to 7 years.”

China’s concerted effort to reduce its corn supplies is undeniable and the country’s decision to investigate U.S. sorghum fits into the narrative, but there is still strong suspicion and almost certainty among many industry and government officials that it is a sign of retaliation. And that also fits with China’s past actions to punish the U.S.

There’s a broad consensus that agriculture is always the first to get hurt when it comes to trade spats. So, whether sorghum is China’s first shot of retaliation or that retaliation is yet to come (some suspect a major action on U.S. soybeans), the situation remains tense.