Well, not entirely, of course: With its temporary budget bill passed just weeks ago, Congress has plopped $3.6 billion on top of the billions USDA is already disbursing via permanent disaster and other farm and rural assistance programs.

The secretary of agriculture has long had a few permanent laws in his back pocket, so to speak, allowing use of executive authority for some types of emergency assistance.

Peterson noted, for example, that soon after Hurricane Irma, Secretary Sonny Perdue employed the CCC Charter Act to quickly allow for USDA reimbursements to three animal feed vendors so Puerto Rican dairy farmers could get feed for their cows.

The hurricanes destroyed the island’s infrastructure, he pointed out. Producers were left without electricity, access to banks, and so forth. “Dairy farmers couldn’t obtain feed because they couldn’t get access to capital, and venders didn’t want to extend credit because they didn’t know if they would ever get paid back,” Peterson said.

So, USDA worked with the Puerto Rico Department of Agriculture to identify dairy herds and certify operators eligible for 30 days of emergency feed assistance. Within two weeks of Perdue’s action, Peterson said, “producers could go directly to the vendors to get their feed,” and they took home $7.5 million worth of feed.

In the years through 2007, USDA delivered such assistance mostly via ad hoc legislation, including aid following the disastrous hurricanes that hit Florida and the Gulf coast in 2004 and 2005.

“Ad hoc disaster legislation really is not as responsive as having permanent disaster programs already in hand,” Peterson said, “because Congress has to come to an agreement: How much money are we going to fund? What types of programs are we going to run?” Then, USDA has to draft regulations to implement the ad hoc law and map out its disbursement plan.

Despite all of that, Congress this month boosted crop insurance benefits under NAP (approving indemnities up to 85 percent of crop value for acres that were insured under NAP) for farmers in disaster areas. It also removed a $20 million annual cap on the ELAP so that farmers can get full benefits. Peterson described ELAP as a “catch-all program,” which includes farmed-fish losses, flooded forage and more. With the cap in place, payout would have to be held until all have applied, and then payments are prorated against the national total. 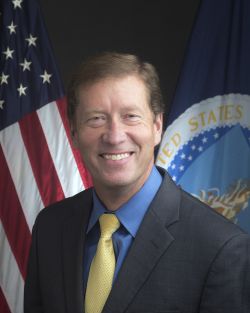 But now, instead of waiting to legislate and implement, he said, “the standing disaster programs occur when disasters occur … if a disaster occurs yesterday, producers can start walking into our offices tomorrow … applying for assistance.”

Congress was asked for the ad hoc additions to standing program benefits, Peterson said, because farms in 2017 disasters “still suffered significant losses above and beyond what crop insurance and our NAP programs could have authorized.”

In Florida, for example, last September’s hurricane losses were brutal. Sergio Alvarez, chief economist for the Florida Department of Agriculture and Consumer Services, reported a $2.55 billion tally from a collaborative effort to estimate agricultural damages. That included $2 billion in annual farm production losses and $544 million in farm infrastructure and ancillary losses.