Cellulosic ethanol picks up the pace – and the premiums 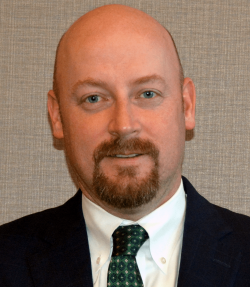 Cooper praised ethanol producers for continuing to create greater value and more products from “that wonderful little corn kernel.” He said more and more ethanol plants “are producing cellulosic ethanol from the fiber, from the cellulosic portion of that corn kernel, and I believe we’re really on the verge of seeing a wave of adoption of these technologies across the industry – and in fact it’s already happening.”

Cooper added, however, that “we know how to do this from a technology standpoint, but we’ve got EPA involved, and whenever you have EPA involved, nothing is simple.” To back up his assertion, he called on Jim Ramm, founding partner and director of engineering at Des Moines-based EcoEngineers, who explained some of EPA’s unique registration, recordkeeping and reporting requirements for producing corn kernel fiber ethanol.

Ramm said that with complex technologies already working well, ethanol producers can simply focus on producing corn fiber ethanol to boost profits from both the fuel and its RINs, or renewable identification numbers. He stressed that EPA has already approved pathways both for co-processing cellulosic ethanol with conventional corn-starch processing and for the separate processing that requires greater investment, but offers greater returns and less analysis. 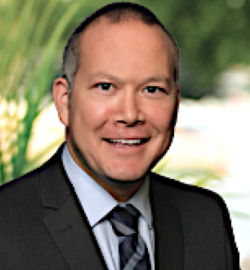 Ramm, whose company works with ethanol plants across the country to help meet EPA requirements and improve efficiency, concluded that either co-processing or separate processing with acid hydrolysis to separate the corn fiber from the starch is a moneymaker. He said, as illustrated here, that with separate processing, “If a 50-million gallon facility were to produce 7 percent D3 gallons, between the D3 credits, the value of the fuel, the value of the California (Low-Carbon Fuel Standard) credits, it could be a total value of $15 million annually … in additional revenue.”

ACE Reinforces Message to Lawmakers: Ease Up on the RVP Rule
Court deals another blow to cellulosic ethanol
Biofuel uncertainty? RINs cap dead, but ethanol export credits on the table

Ramm’s message is that to catch up with the industry’s pioneers like Quad County Corn Processors, Syngenta, POET and Archer Daniels Midland, ethanol producers should consider co-processing a worthwhile first step. 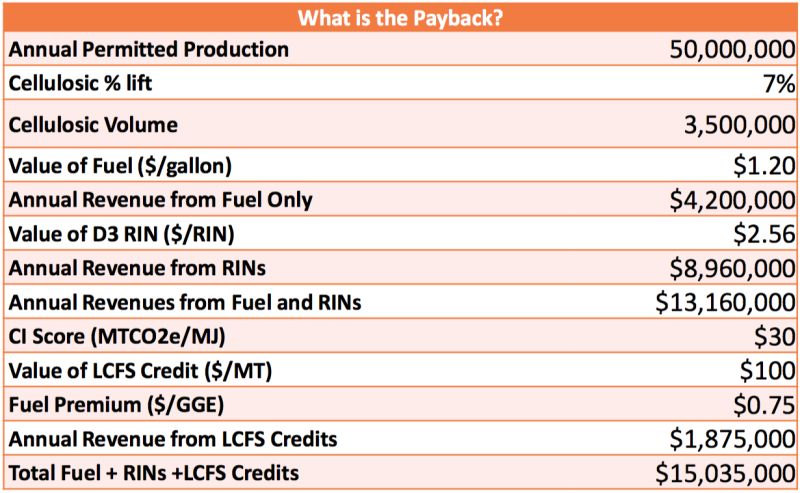 Ramm says that low- or no-investment co-processing allows for “getting your feet wet in D3 gallons and starting the work to market D3 gallons and see premiums for D3 gallons.” The next step would be to decide whether to invest in creating more D3 gallons, more D3 RIN premiums, and even higher-protein grains.

Just the initial move into co-processing, he says, “allows you to convert the lowest-value feedstock already coming into your plant into a high-value cellulosic ethanol gallon.”

Next, he says, plants should “consider acting as a blender in order to separate and sell RINs to maximize economic value, achieve higher-protein levels in your grains, and start to create even more efficient local feed markets and use Q-RIN (a voluntary quality assurance program) as an opportunity to differentiate your ethanol products leaving the facility.”

Ramm adds that with markets like Colombia placing new carbon-intensity restrictions on ethanol imports at a time when the U.S. needs to increase its ethanol exports, it’s also important that adding corn-fiber ethanol to U.S. ethanol supplies is already “lowering the carbon intensity, spreading the farming practices and the indirect land-use change over a larger volume of ethanol.”

But in a Feb. 15 letter to EPA Administrator Scott Pruitt, 20 biofuels industry groups charge that EPA’s current combination of restrictive regulations and unreasonably low forecasts for cellulosic production capacity “continues to undercut demand for liquid cellulosic biofuel gallons.” The groups insist that if EPA corrects its corn fiber ethanol regulations and forecasts, “Existing ethanol plants could produce hundreds of millions of gallons of cellulosic ethanol from this single stream of agricultural residue in the near term.”