Brazil set for another 20 years of agricultural growth

Brazil, the world juggernaut in agricultural production over the past 20 years, has the potential – including land, labor and weather – to increase soybean, corn and meat production even more dramatically over the next two decades, according to Brazilian and U.S. analysts.

The country is now forecast to ship 68 million metric tons of soybeans abroad in the 2017-18 marketing year, making it the world's largest exporter of the oilseed and the most threatening competitor to the U.S. in global ag trade.

The U.S. is still the largest soybean-producing country, but when it comes to Brazil’s expansion into new frontier land in the country’s northern and center-west regions, you haven’t seen anything yet, says Luis Ribera, a professor at Texas A&M University.

Ribera, who spoke last week at USDA's Ag Outlook Forum, gave a preview of a soon-to-be-released project that maps out the future of Brazil’s agricultural production through 2040. “There aren’t a lot of countries that can expand their agricultural production enough to make a big impact on (world) supply," he said, but Brazil is one of them. He said Brazil can and will expand massively by doubling its planted acreage while continuing to improve yields.

Texas A&M is working on the Brazil 2040 Project with USDA's Foreign Agricultural Service, Economic Research Service and Agricultural Marketing Service. Funded through the department's Emerging Markets Program, the report is expected to be published in April.

For soybeans, the expansion is already obvious. In 1997, Brazil was planting about 25 million acres with soybeans – roughly the same amount it had been planting for the previous 20 years. But as Brazil has converted more and more pasture lands into farms, acreage has rapidly expanded. Last year, planted soybean acreage topped 85 million acres.

And unlike in most countries, there’s plenty more land that Brazil can turn into soybean fields relatively easily, said Robert Rodrigues, coordinator of the Agribusiness Center at the Getúlio Vargas Foundation and a former Brazilian agriculture minister.

“We believe that there are at least 15 million hectares (37 million acres) that could be attracted to agriculture,” said Rodrigues, also a speaker at the Outlook Forum.

“Brazil can double its agricultural crop land without cutting down a tree – just transforming pastures into crop land,” said Ribera. Brazil is also "getting better and more efficient at producing whatever they are producing. It’s a very powerful combination.” 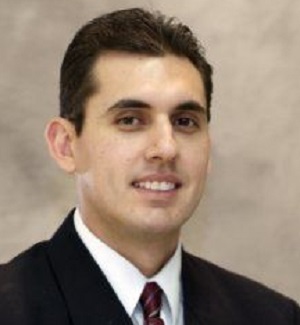 Ribera and Rodrigues credit the widespread adoption of genetically engineered seeds for allowing Brazilian farmers to drastically increase yields. “Today we cultivate (150 million acres) of grains in Brazil,” Rodrigues said. “If we had today the same productivity per acre that we had in 1990, we would need more than (238 million acres) to have the same harvest this year.”

And it’s not just soybeans. Brazil may be known most widely for its soybean production, but there has been a revolution in corn planting, and acreage in production is exploding throughout the country.

It's all due to the “safrinha,” or second crop, said Rodrigues. It is currently summer in Brazil and farmers are wrapping up the soybean harvest while preparing to return to the fields as early as next month to plant a second corn crop.

“Brazil does not grow soybeans between June and September because of rust concerns,” said Clay Hamilton, USDA’s minister counselor at the U.S. embassy in Brazil. “That makes a perfect opportunity to grow corn.”

Rodrigues began his presentation to a packed audience  at the Outlook Forum by noting that the United Nations Food and Agriculture Organization (FAO) and the Organization for Economic Co-operation and Development (OECD) are predicting that Brazil will need to increase its overall farm production by 41 percent over the next 10 years to help meet demand from the rising world population.

“The question you are asked is, (can you) produce 41 percent more food to export in 10 years?” he asked rhetorically. “Yes, we are able to do that.”

But will Brazil be able to live up to that potential? His answer was not as certain..